In late 2021, David Kovats Gallery presented Zsolt Bodoni – a Romanian innovator working with light to build dimension within his paintings. The gallery is well known for bringing the most prominent contemporaries from Eastern Europe (largely Hungary) to the UK and beyond, sharing their culture and new approaches to making work. The show featured a series of works with striking contrast between light and dark, colour and monochrome, natural and geometric form. I spoke to the artist shortly after the exhibition to find out more about his practice.

Zsolt was concerned that his work is too dark, and he tried to push past that atmosphere. Being born in 1975 in communist Romania, it couldn’t be helped that his paintings reflect the political turmoil. He grew up with the idea that he will never travel abroad, and the feeling of restriction prevails in the mind. Much was expected from the revolution, but as the artist pointed out, Baudrillard spoke rather of the exchange of negatives between the East and the West.

Zsolt Bodoni wanted to illuminate the works, and in spring of 2021, he arrived at the conclusion that they need to be lit from the back rather than the front. In creating the pieces, practically painting with light, the artist experimented with different types of canvas that would be opaque enough to create a glow rather than individual outlines for the lights, but thin enough that the LEDs would contribute to the composition and be visible. This work was less forgiving than usual, one cannot simply paint over what has already been done because it would take away from the lit effect. This new step in Zsolt Bodoni’s practice not only takes him away from the darker multi-layered works we are used to but puts him on the map as an inventive maker, who never stops developing. The current series is based solely on experimentation and is a new experience for the artist himself. Many works remain unfinished, subject to testing with the lights, and what was part of the David Kovats show is straight out from the studio.

The artist found that the LEDs have created a special atmosphere within the work – they are a way to build the illusion of space within two-dimensional works without explicitly painting it. The technique lends itself not only to abstraction, but conscious construction. And to me the backlit effect is reminiscent somewhat of Rembrandt’s painted light.

Documenting the work also proved complex, since the high contrast does not lend itself to accurate capture even with a high-quality camera: “In the case of a regular painting, you have the perfect light and you can take a photo. With these works, the light is coming from multiple directions, which totally changes the paintings. The LEDs also vibrate which create a sense of movement. These are best experienced in person. The idea of movement was always really important, what is the dynamic of a work? Paintings are always static, but it has been the artistic quest since the renaissance to create movement and display the subject amidst it. This was especially prevalent in the first series of works but continues to be significant in the practice now.”

Other Articles By Ksenia Kazintseva 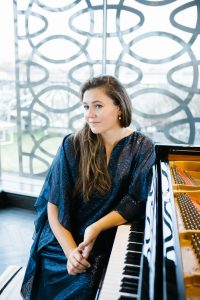 A Tale of Taming – The Little Prince in London 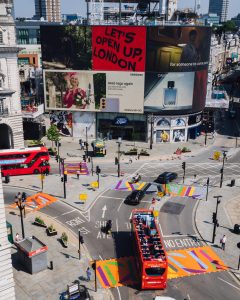 Art for All – the Piccadilly Takeover 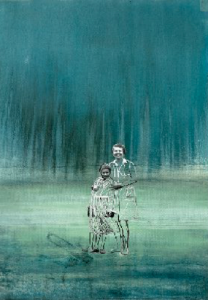 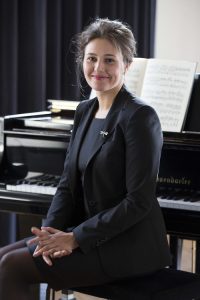 Olga Jegunova – growing up in the USSR, is music a man’s world?