The new special issue of ZIMA magazine “Our Britain” is the first ever guide to the United Kingdom in Russian, written by people who have lived long and interesting lives in Manchester, Oxford, Leeds, Edinburgh and other British cities.

“Our Britain” is the logical follow-up to the previous special edition of “Our London”, which was published towards the end of 2020. What makes the new ZIMA magazine unique is that it is not just another tourist guide with pictures of Stonehenge and the Lake District. It is a real guide to life in the United Kingdom, compiled by the editors together with well-known Russian-speaking insiders who have a long history of living in, knowing, and loving the UK. Their perspective on the country will be of huge interest to locals and tourists alike. 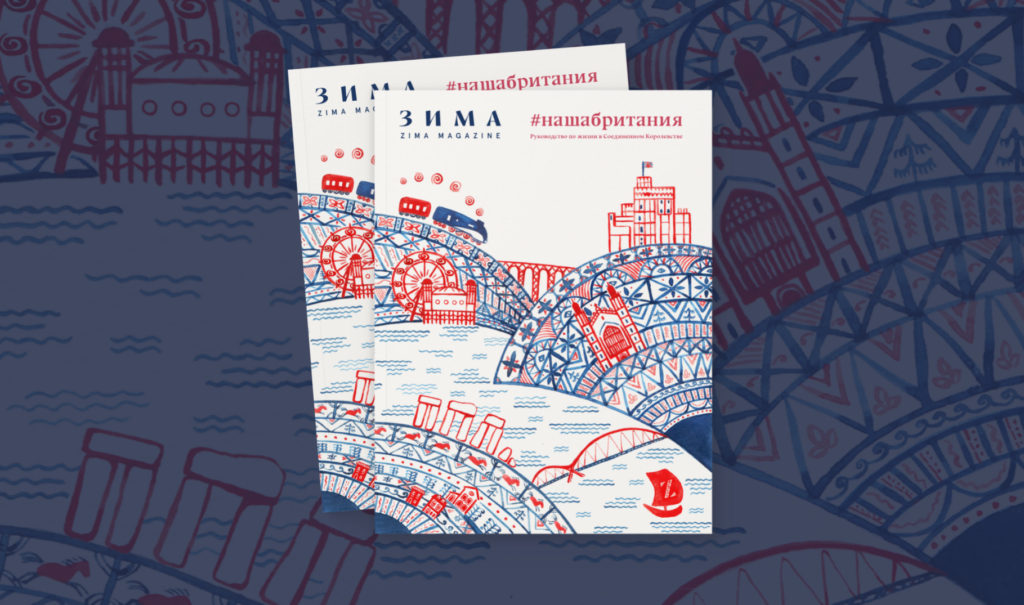 “With “Our Britain” you’ll get a new perspective on the country’s major cities; experience top boarding schools and regional universities; find out where and what businesses are best to develop; taste cheddar and Leicester, Welsh lamb and Hereford beef; visit famous estates and homes of ordinary English people and, of course, travel – along the coastal paths of Wales, the distilleries and castles of Scotland, the pubs of Northern Ireland, and the rivers and canals of the Midlands,” – Alexey Zimin, Editor-in-Chief of ZIMA magazine.

To ensure the fullest and most objective view of Britain, ZIMA’s editors interviewed more than 100 people in the process and invited their columnists to talk about politics, culture, economy, the royal family, British traditions, and much more. 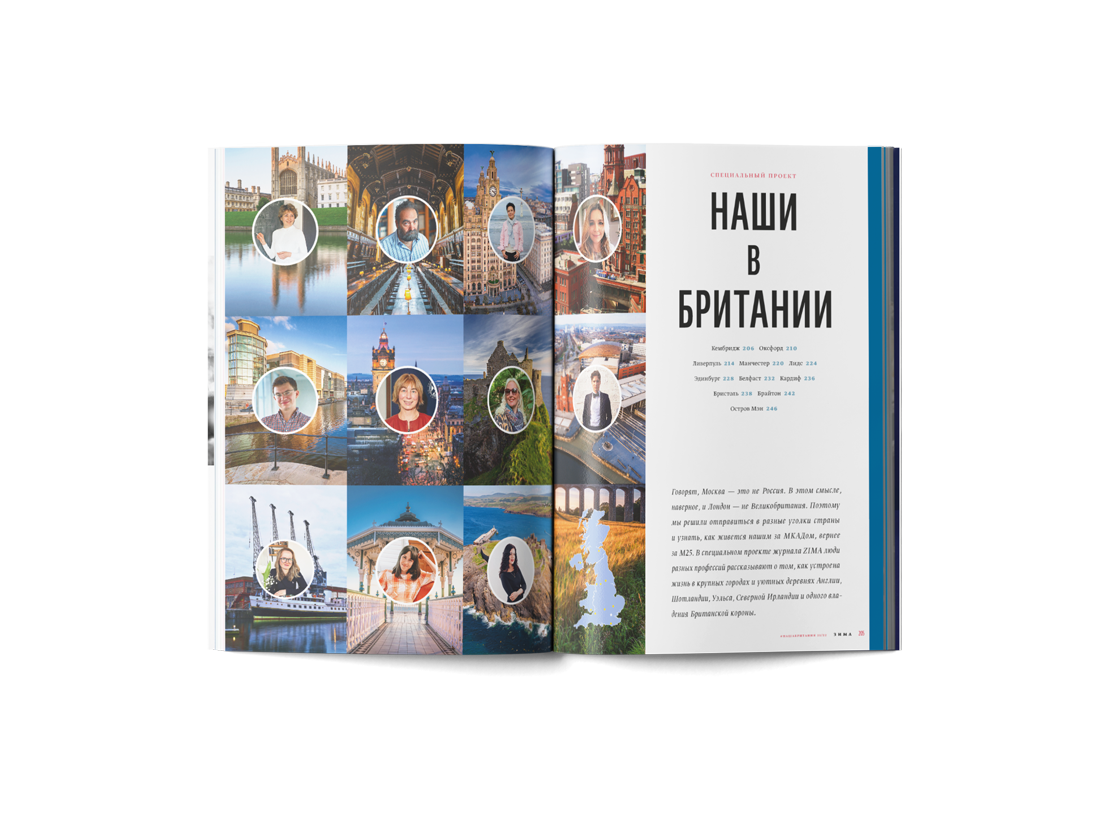 Like “Our London”, the magazine is made up of large sections: “History”, “Home”, “Culture”, “Food”, “Education”, “Business”, “Travel” as well as two special projects.

For example, Princess Ekaterina Galitzine and photographer Toma Evsyukova prepared a comprehensive report about their trip to Kirtlington Park, where they had a chance to talk to the owners of the country estate. And for Travel, the editorial team has selected dozens of interesting routes, destinations, and travel ideas around the UK: from Welsh coastal paths, Scotland’s distilleries, and castles, to Northern Ireland’s pubs and museums in the Midlands region.

ZIMA has also compiled a ‘Russian in Britain’ section, for which it has gathered useful contacts and addresses, including Russian language schools across the UK, student communities, and traditional restaurants.

“Our Britain” – stories about life on the island

ZIMA included stories of the life of our compatriots on the British island in “Our Britain”. Insiders have become the editors’ guides to real life outside of London: together they have looked at the British regions not only from the point of view of their tourist attractiveness, but also as places to buy property, invest in business, get an education, and, of course, as a place to live. 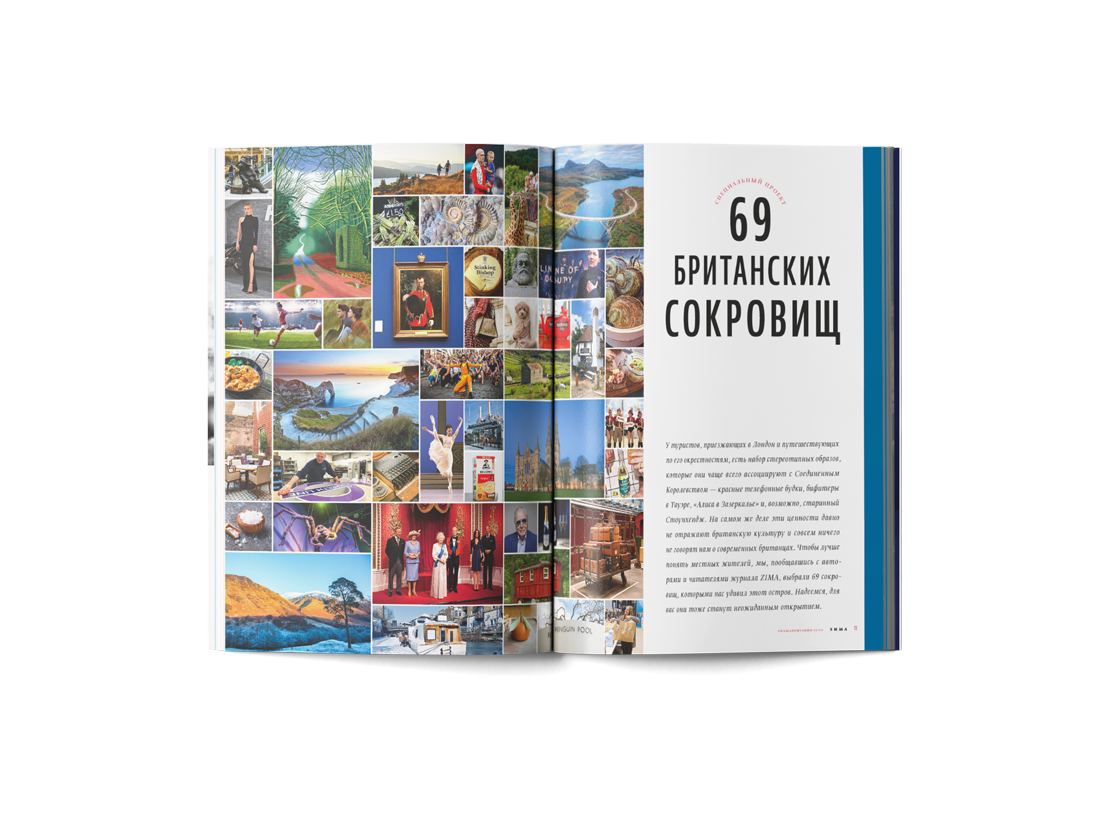 With the protagonists, ZIMA got a chance to experience life in Cambridge, Edinburgh, Oxford, Liverpool, and Leeds, learn why to move to Brighton, the Isle of Man, Bristol, and Cardiff, and understand how Belfast and Manchester work.

You can buy the magazine and find out more about the project by following this link.