When, just over a hundred years ago, they were rehearsing for the first night of Nutcracker at Petersburg’s Maryinsky Theatre, no one predicted such a happy stage life for the ballet. The all-powerful autocrat of Petersburg ballet ‘off-loaded’ his production onto his deputy, Lev Ivanov who did not dare ditch Petipa’s plan, and squeezed his imagination into an alien scheme. 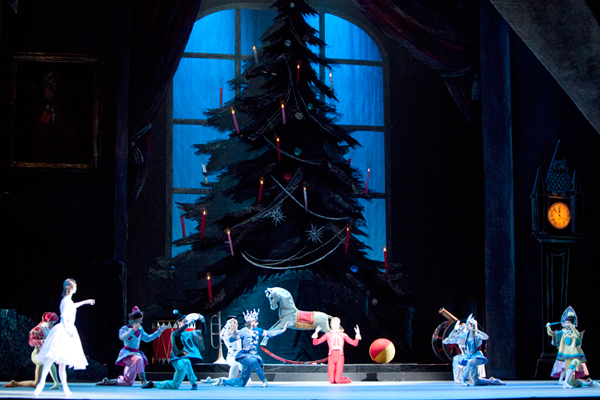 A scene from Nutcracker. Photo by Damir Yusupov ©Bolshoi Theatre

In those places where Ivanov faithfully followed Petipa’s scenario, the action grinded to a laborious halt: the ballet master failed to see the charm of the colorful details of this family festivity. Only in separate fragments, did Ivanov rise to the challenge of Tchaikovsky’s music and break out into the open spaces it afforded. Ten years were to pass and Ivanov’s Snowflake waltz was acknowledged to be a masterpiece and ballerinas competed for the honor of dancing the role of the Sugar-plum Fairy, which consisted of just one pas de deux. 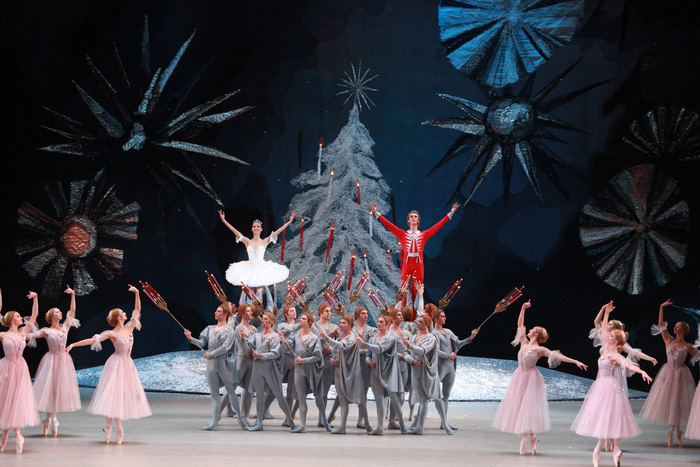 In the 20th century it would appear that not one choreographer – from the great classic George Balanchine to the super-avant-gardist, Mark Morris – has been able to resist the temptation of plunging into the languorous strains of Tchaikovsky’s music. For some it represented a sweet memory of childhood, for others – attempts to locate a fairytale in the prosaic hurly-burly of modern life, for yet others – mind-boggling star turns. But there were few who managed to create a choreography that was equivalent to Tchaikovsky’s agitated and infinitely tragic music. 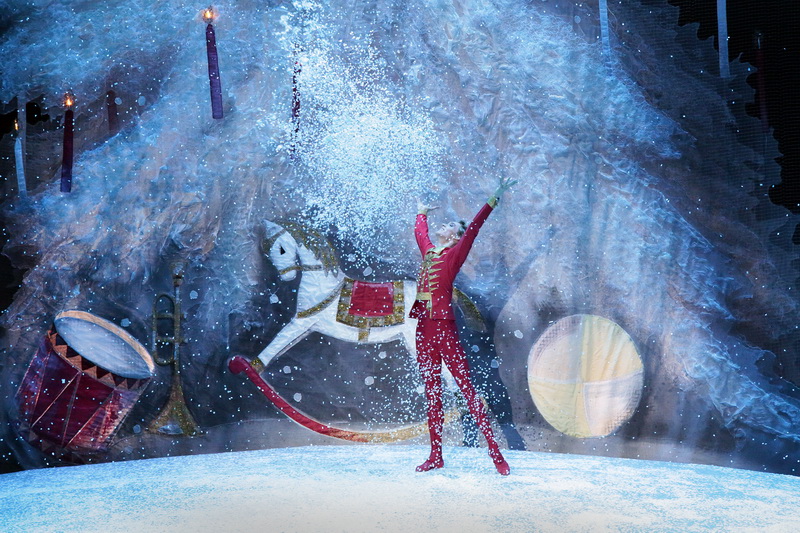 Vasily Vaynonen, who created his own version of Nutcracker in 1934 (the premiere was likewise held at Leningrad’s Kirov Theatre of Opera and Ballet) conceived of a production that was ideal for children. In it there were magical tricks, and colorful dolls and a brightly lit Christmas tree, designed by Vladimir Dmitriev. In accordance with the principles of ballet-drama then in vogue, Vaynonen differentiated between the realistic party scenes at the Stahlbaums’ home, and Marie’s fabulous dream which remained a vivid – though devoid of content – divertissement. The poetic scale of Tchaikovsky’s music was embodied in this somewhat down-to-earth and ingenuous production by the young Galina Ulanova who danced at the premiere. 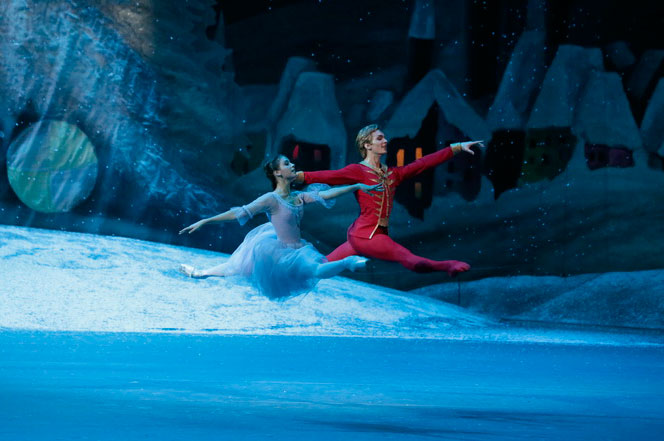 The trepidation and perspicacity inherent in Tchaikovsky’s music, which for many years had evaded choreographic embodiment, was caught by choreographer Yuri Grigorovich and designer Simon Virsaladze, and by Ekaterina Maximova and Vladimir Vasiliev, the first dancers to perform the roles of Marie and The Nutcracker-Prince, in this new production of the ballet which was born at the Bolshoi Theatre in 1966.

Marie wakes up to find herself back in her room, amongst her toys. Happiness, even when achieved through harnessing all one’s spiritual strength and doing battle with the dark forces, is fleeting. And, at the very moment, when it appears to be on the point of being realized, a sinister motif of inevitable disaster invades the stately wedding ritual. 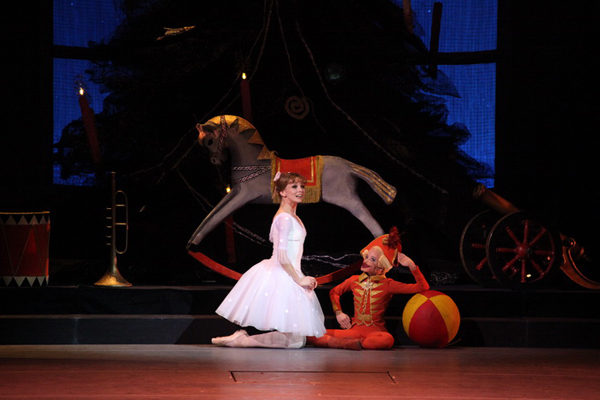 By transforming Nutcracker into a philosophic meditation on the unattainable nature of ideal love, Yuri Grigorovich has filled it with romantic introspection thanks to which this simple children’s matinee ballet has become a XXth century classic.

Libretto by Yuri Grigorovich after the fairy-tale of the same name by Ernst Theodor Amadeus Hoffmann, ideas from the scenario by Marius Petipa used