Pianist Yevgeni Kissin needs no introduction. Unique and different, he first appeared as a twelve-year old Soviet pioneer performing and recording both Chopin piano concertos with Moscow Philharmonic Orchestra. It was back in 1984 when he was seen as a prodigy of a rare musical maturity and technical freedom. Last week he performed at Barbican, in London. 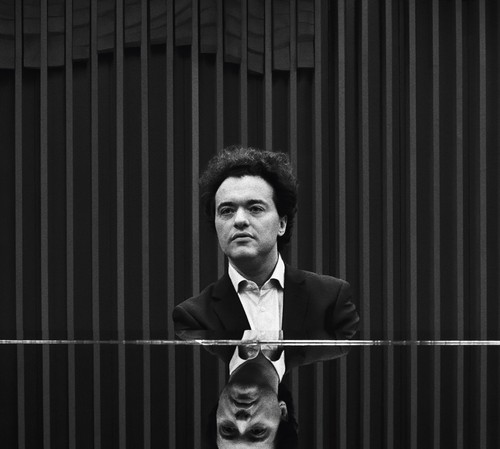 Now, in 2020 he has really matured into someone beyond a typical interpreter. No matter what programme he offers, it doesn’t seem right to judge his particular interpretation of today. Everything he plays makes absolute sense to him. He unites with his chosen piece of music fully and completely. And there’s no doubt about his honest and profound artistic belief in the programme he proffered to share.

This time it was Beethoven: Pathetique, Tempest and Waldstein sonatas, as well as Eroica variations. A rather unsettling feeling of being taken into a different side of Beethoven‘s music hasn’t left the audience until the end of the official programme. Only when multiple encores were offered (including Beethoven‘s bagatelles, ecossaises and variations) one could breathe more naturally. Not that core of the programme made one breathless, but Kissin created certain tension on the physical level: the intensity of chosen dynamics, tempi, general structure wasn’t just capturing publics‘ attention, it was controlling (probably totally subconsciously) any attempt of the audience’s mind-travelling. It made me question everything I thought I knew about „how to interpret Beethoven“. It made me stay absolutely tuned from the first till the last note although so much of what was said from the stage didn’t resonate with me. Nevertheless, the attention and inner conflict was permanent.

Both Eroica Variations and Waldstein Sonata represent more of a virtuoso Beethoven, whereas Pathetique and Tempste Sonatas allow more room for sentiment and even drama. Kissin wasn’t too generous with lyricism this time. Is it his artistic choice or has Beethoven lost his human side to Kissin? Impossible to accuse Kissin of lack of humaneness when performing Brahms, Chopin or even Scriabin or Debussy. Why so controlling and controlled this time? Text was read with care and precision. Contrasts were more than obvious. Beethoven police (if there was one) couldn’t fine him. But would it grant him an award of rediscovering that huge power that musicians and composers have on us? Yes, absolutely.