Yakov Chernikhov 1889-1951: The Soviet Piranesi, is the first personal exhibition by any Russian avant-garde artist of the early 20th century in London for well over fifteen years. It is a selling exhibition of works by James Butterwick and Alon Zakaim Fine Art. 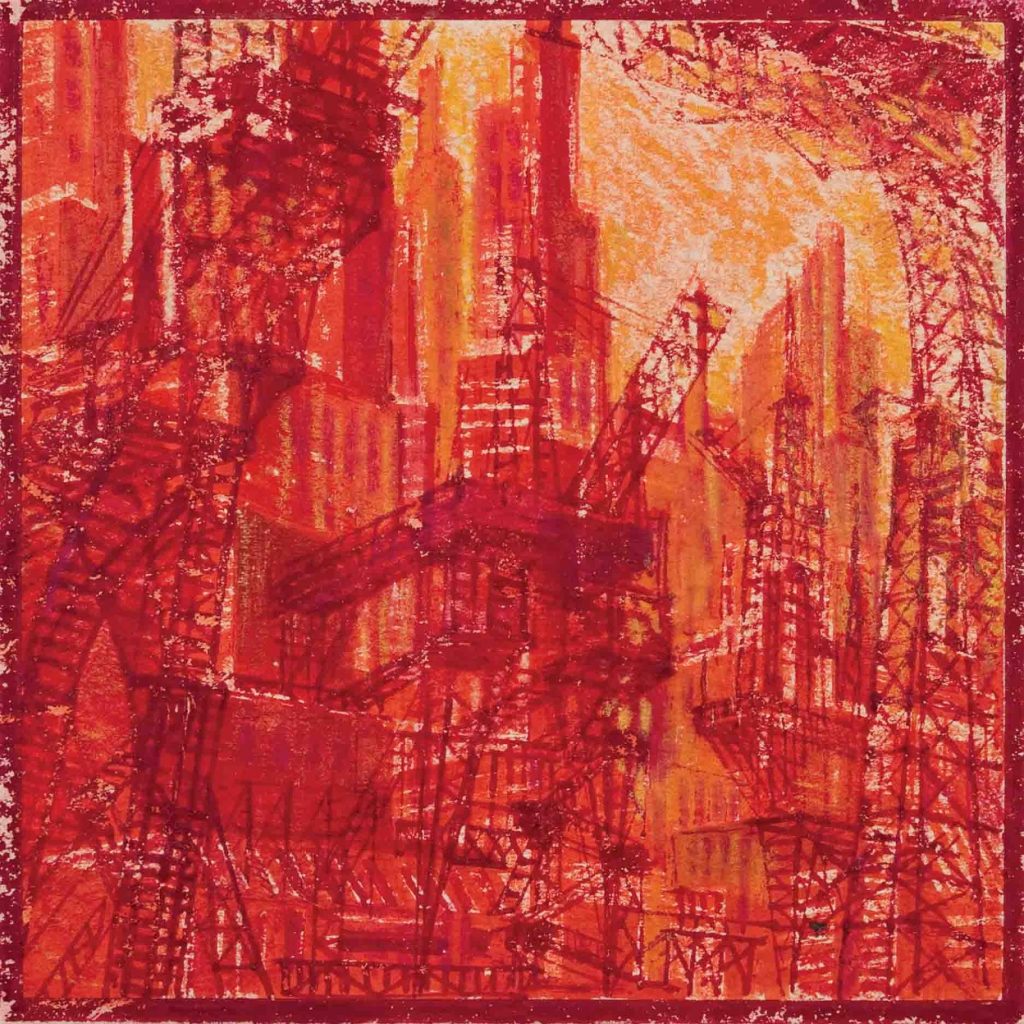 Whilst Yakov Chernikhov was, first and foremost, a pioneering architect, he was also a theoretician and much of this exhibition of 47 works come from the Aristografiya series, showing this more theoretical side. Chernikhov had his own system of teaching which he described as Eksprimatika, a rule for new principles of drawing based on symmetry, the rhythm and relationship between component parts, constructions and colours. 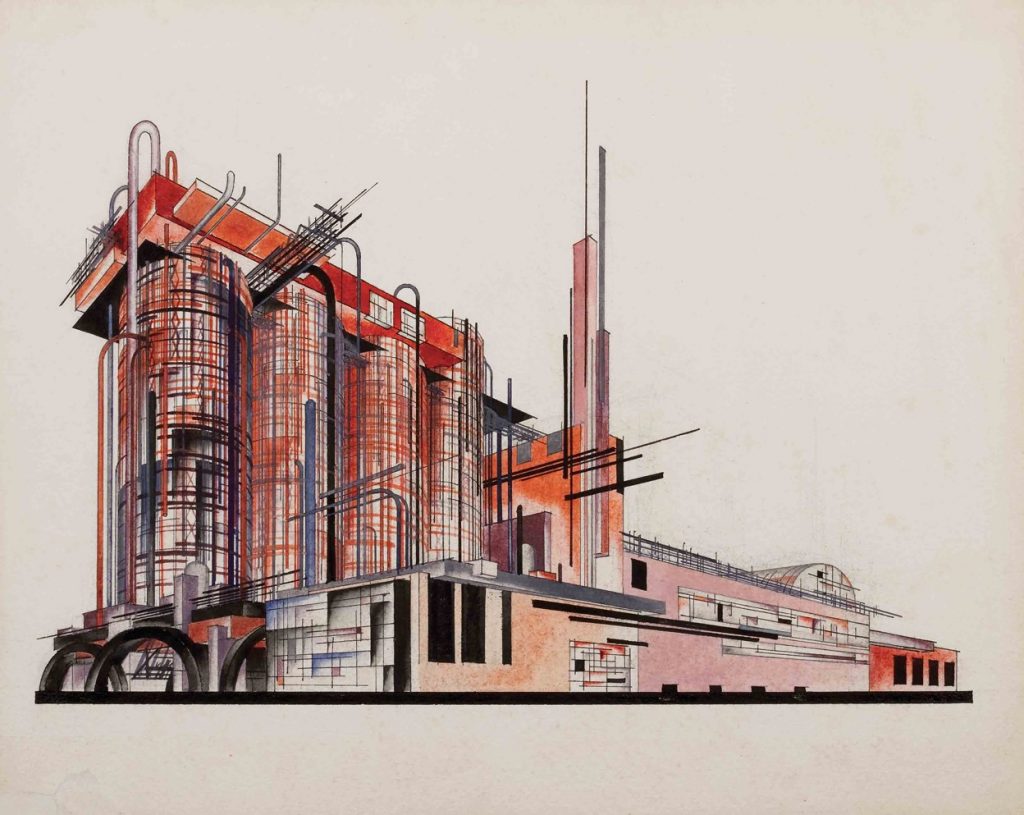 Yakov Chernikhov, from the series Fundamentals of Modern Architecture, 1920s

In the 1920s Chernikhov organised his own Research and Experimental Laboratory of Architectural Forms and Methods where he sought to teach a, “lighter method of the teaching of drawing and its laws”. The aim of this was not just to teach students the art of drawing but to strengthen their independence of thought, a concept that ran contrary to Soviet discipline and led to problems for the artist in the 1930s. 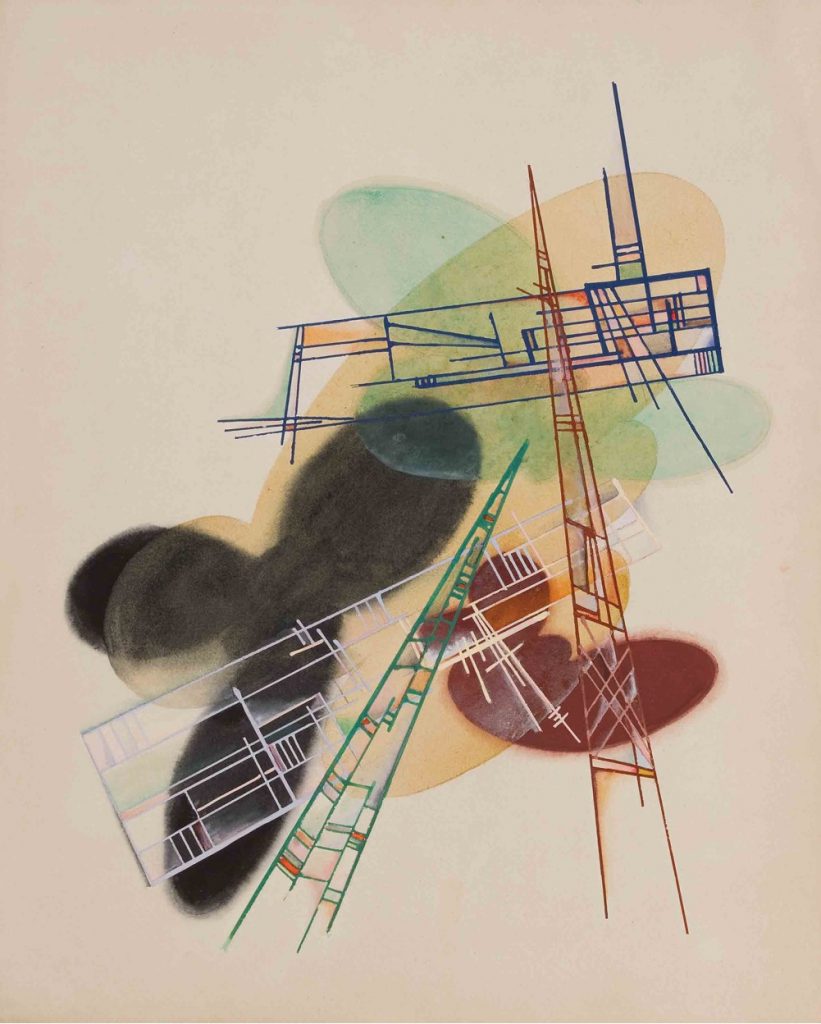 It is this independence of thought that marked out the Russian avant-garde as a movement unique for its time. Chernikhov, the ‘architect-composer’ believed that art could free the mind. With a full colour catalogue and introduction by noted specialist, Dr Alla Rosenfeld, this exhibition will provide a reminder of the glory of Russian Art in the early years of the twentieth century and the breadth of talent of Yakov Chernikhov.