Mayfair dealer James Butterwick is back on Stand 725 at this year’s TEFAF Maastricht (March 7-15) with 39 sensational Avant-Garde works on paper in gouache and/or Indian ink by Yakov Chernikhov, dubbed the ‘Soviet Piranesi’ on account of his powerful architectural visions. The late Zahar Hadid was one of many modern architects to be inspired by his flights of compositional fancy. 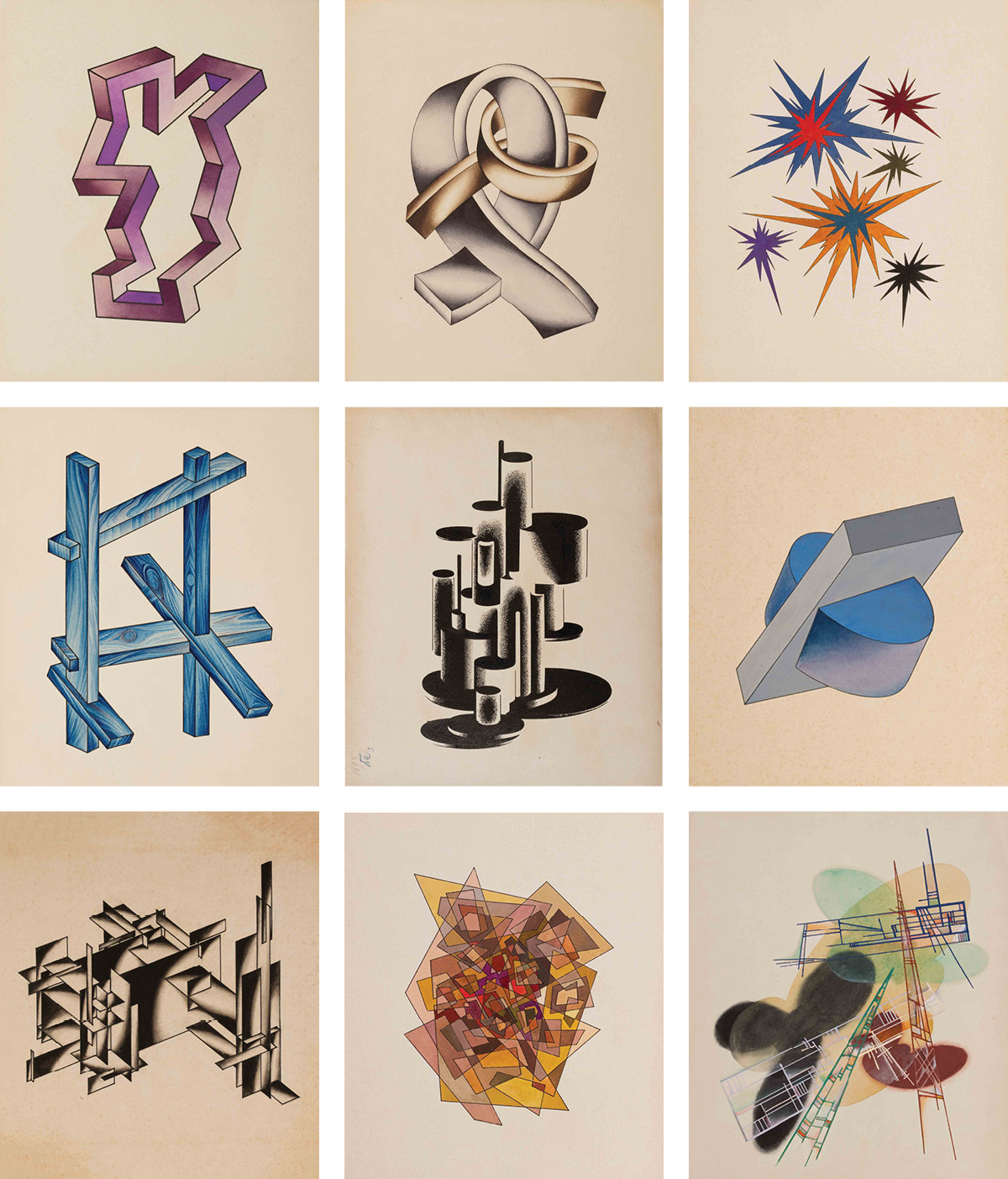 Many of Chernikhov’s drawings reflect the Suprematist and Constructivist influence of Malevich. Some are imbued with the rhythm of Rodchenko and the colours of Kandinsky, reflecting Chernikhov’s wish for architecture to convey ‘ideas, dreams and fantasies.’ Others foreshadow the Surrealist imagery of Juan Miro and Yves Tanguy, or parade shapes and colours that presage Pop Art and 1970s Design. The deceptive simplicity of Chernikhov’s ultra-sophisticated draughtsmanship is redolent of Victor Vasarely.

Yakov Chernikhov was born in Pavlograd (eastern Ukraine), and studied in Odessa and at the St Petersburg Academy before becoming a teacher in Leningrad and Moscow. His surviving buildings are few, but his richly illustrated theoretical treatises – among them Fundamentals of Modern Architecture, Construction of Architectural and Machine Forms, The Course of Dimensional Art and Aristographia – were the source of many of the drawings available at TEFAF. These daring, convention-shattering works, brazenly at odds with the State dogma of Socialist Realism, miraculously survived the Soviet regime before being rediscovered by Chernikhov’s descendants. All of them come with a certificate of authenticity signed by his grandson Andrei.