Women Photographers in Dodge Collection at the Zimmerli

Though the museum remains closed to the public until further notice, the Zimmerli invites the public to a free Virtual Exhibition Celebration for Communism Through the Lens: Everyday Life Captured by Women Photographers in the Dodge Collection on Thursday, April 29, at 5:00 pm (GMT-4).

The upcoming exhibition highlights the unique – and often overlooked – photographic innovations by women who shaped the history of photography during the 20th century. Drawn entirely from the Norton and Nancy Dodge Collection of Nonconformist Art from the Soviet Union at the Zimmerli Art Museum at Rutgers University, Communism Through the Lens spans almost the entirety of the Soviet Union’s history – from the 1920s through the 1990s – and offers a historical examination of how women photographers interpreted life in the communist state. 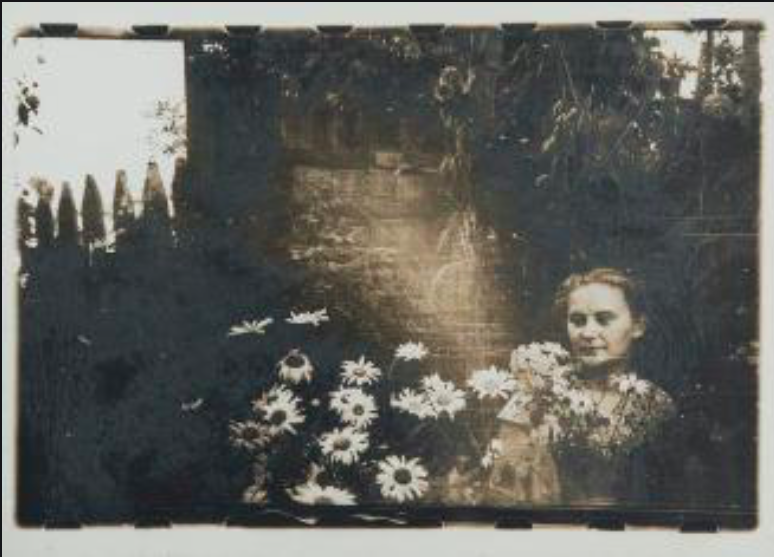 Ludmila Fedorenko Russian (born 1961) Untitled, from the series “The Time When I Was Not Born,” 1993Toned silver bromide print on paper, Norton and Nancy Dodge Collection of Nonconformist Art from the Soviet Union

Zoom registration is open now. The program features an exhibition overview by Maria Garth, Dodge Fellow at the Zimmerli and Ph.D. candidate in the Department of Art History at Rutgers, who organized the exhibition; followed by a roundtable discussion and audience Q&A session. Guest speakers include Alise Tifentale, Riga Stradins University, and Mark Svede, The Ohio State University. The event is moderated by Julia Tulovsky, curator at the Zimmerli, and Jane Sharp, research curator at the Zimmerli and professor of art history at Rutgers.

Exploring themes of political art, documentary photography, and gender, Communism Through the Lens presents a historical perspective on everyday life in the Soviet Union with more than 130 objects, the majority of which have never been exhibited in the United States. An online exhibition debuts in the spring of 2021. The full exhibition is scheduled to be on view at the Zimmerli during the fall of 2021, with additional details announced during the summer.

The Russian Revolution of 1917 changed the political and aesthetic stakes of artistic production. Beginning in the 1920s, women photographers became part of the burgeoning photojournalism profession, exhibiting and publishing their work. A new generation of Soviet photographers, born in the 1940s and 1950s, pressed beyond the boundaries of Socialist Realism by creating nonconformist photography that rejected official norms.

“These works draw viewers into the worlds of everyday Soviet citizens and their daily triumphs and struggles, which, to an extent, are allegories of life under communism,” Garth said. “Despite the Soviet Union’s official rhetoric of gender equality, women of both generations shared a range of personal and professional challenges in advancing their careers as photographers.”

The exhibition is divided into five thematic sections: workers and labor; experimenting with the medium; gender and the body; identity and the self; portraiture and fantasy. Valentina Kulagina explored a fantastical dimension in the series Designs for Pavilions of the All-Union Agricultural Exhibition for this major Soviet event in 1939. Shown as studies for monumental photomurals, she used the technique of photomontage to generate idealized scenes of agrarian life and material abundance. Other key works include:

In addition, the installation features rare art books and journals: SSSR Na Stroike (USSR in Construction), The Left Front of the Arts (LEF), Novyi LEF, and Pioner(Pioneer) from the Zimmerli’s archival collection.

“We are grateful that the fellow program supports emerging scholars to conduct primary research in the Dodge Collection, delving into topics and themes that often have been overlooked by history,” stated Sharp, who has supervised Garth’s research in the Dodge Collection. “It also provides them practical experience in developing exhibitions from an initial idea through installation, as well as all the related activities that occur across the museum.”

Communism Through the Lens: Everyday Life Captured by Women Photographers in the Dodge Collection is organized by Maria Garth, Dodge Fellow at the Zimmerli Art Museum and Ph.D. candidate in the Department of Art History at Rutgers University. An online exhibition debuts in the spring of 2021. The full exhibition is scheduled to be on view at the Zimmerli during the fall of 2021; additional details will be announced during the summer. The exhibition, related programs, and Dodge fellowships are made possible by the Avenir Foundation Endowment Fund and the Dodge Charitable Trust – Nancy Ruyle Dodge, Trustee.