Wish You Were Here?  Postcards from the Soviet World

If we think of ‘Nostalgia’ as a feeling focused on both a place and a period of time, then the postcard may well be its most representative format.  Rendered effectively obsolete by the technology of the mobile phone and the internet, they were both an image of a place and a means of sharing that image, via the postal service, with a recipient who was not there.  With a few words written on the reverse, they recorded sights seen, locations visited, and journeys made.  Gathered together in a book like this, without the messages on the back that may have shed light on their original meaning for both sender and addressee, they function as a series of views: an alternative photograph album. 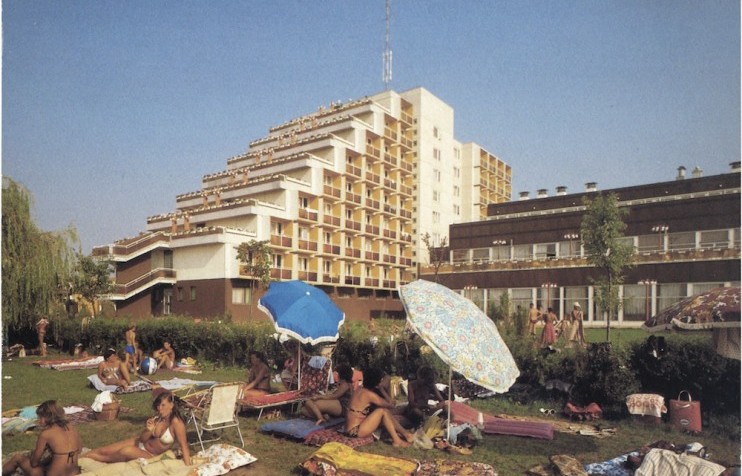 Recreation home of the Ministry of the Interior, 1970s. Budapest, Hungarian PR

In recent years Fuel Publishing has brought to public’s attention a range of images from the Soviet era and its aftermath that function as records of lost times and places.  The design variety of Soviet Bus Stops has been celebrated in two volumes, while the sanitoria of the period (and the health-focused culture that, for those lucky enough to enjoy it, they promoted) have also received a photo collection.  Most recently, the toppled Lenin statues of the Ukraine have been mapped and recorded in their often-inglorious afterlives.

With this anthology of Brutal Bloc: Soviet Era Postcards from the Eastern Bloc, though, we are conscious that these images were meant to be selected and often sent as records of journeys made around the Eastern Bloc.  The locations are hotels, monuments, Palaces of Culture, and the showpiece structures of towns and cities united by their placement in the Soviet sphere of influence.  For those able to travel, and those whose contact with the actual places extended no further than the receipt of a postcard, they are reminders of common values, goals, and enemies.  Their ‘brutalism’ is, as Jonathan Meades argues in his Foreword, an architectural style known in the West but here “flourish[ing] late” into the 1970 and 80s and sometimes on a scale that far exceeded its manifestations in other nations.  They are visible indicators of the Soviet state’s capacity to change its environment but also, when viewed now in the slightly faux-colours of their postcard reproductions, monuments not to its success but to its eventual failure.  The grand hotels, apartment blocks, cultural centres, and heroic statuary can look to a modern reader like the topography of a doomed utopian project.  The concrete plazas reduce the people seen in them to insignificance.  The scale is all wrong. 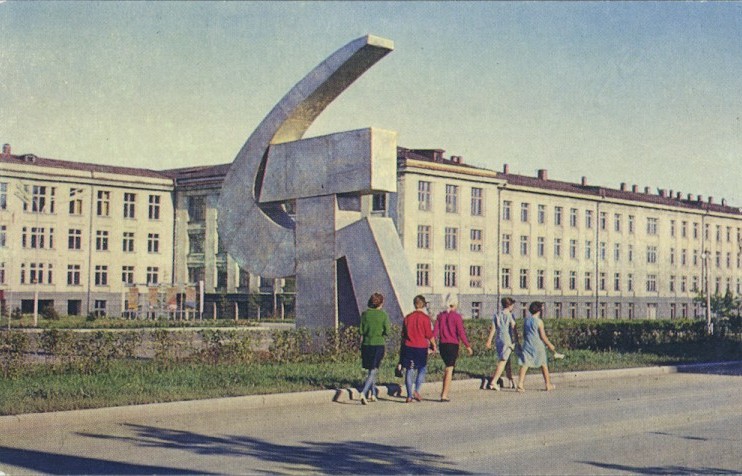 These views show a state and its satellites fluctuating between daring experimentation and crushing orthodoxy.  All of them were selected for the postcard format, but in so doing two unintended effects shape the way that we see them now.  On the technical level, their images are captured – as Meades points out – on film stock that tended to polarise colours and now creates the “chromatic delinquency” of the images we see; the unnatural brightness of the sky or the sea off-setting the greys and whites of the slab-sided blocks or the giant memorials.  On another level, though, the views are framed and composed in such a way that their focus on a particular structure cannot wholly detach it from its surroundings and, in some cases, the people within them.  In a time “when Photoshopping was something that happened only to the unfortunate of the Politburo” in Meades’ words, these views are peopled, sometimes sparsely, by the citizens of the cityscapes they define: men, women, and children trying to fit in alongside their bulk and impersonality.  Residents and tourists are seen dutifully visiting the memorial to the shared wartime sacrifice of the Warsaw Pact nations, or the cultural palace, or the shops in the new shopping centre frequented in the hope that they might actually have goods on sale behind their plate glass windows. 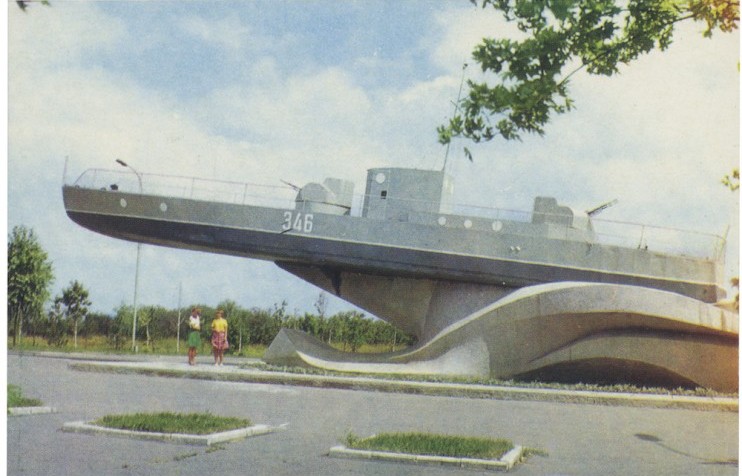 Since its collapse in 1991, and the blend of supercharged capitalism and gradual state (re)consolidation that followed, the Soviet era has become a focus for nostalgia on many levels inside Russia and beyond.  President Putin’s oft-quoted remark that “whoever does not regret the collapse of the USSR has no heart, but whoever wishes to have it back has no brain” could explain the domestic recycling of some elements of the Soviet period, often ironically rather than wholly sincerely, like the Soviet-era themed restaurants visited by tourists to Moscow and St Petersburg.  On the other hand, recent protests inside Russia about proposed pension reform have highlighted the dangers of wholly dismantling the architecture (both physical and administrative) of that era while it is still in the living memory of many people.  The images in this book are indeed postcards from a past world; all the more so as the satellite states (Moldova, Armenia, the former Yugoslavia, Poland, etc.) whose closeness to Moscow was once manifest in a shared architectural language are now independent entities addressing, each in its own way, the very ‘Bloc-like’ past that the postcards once celebrated.  At the same time, however, the ideas and doctrines that underpinned these images may not have wholly vanished just yet. 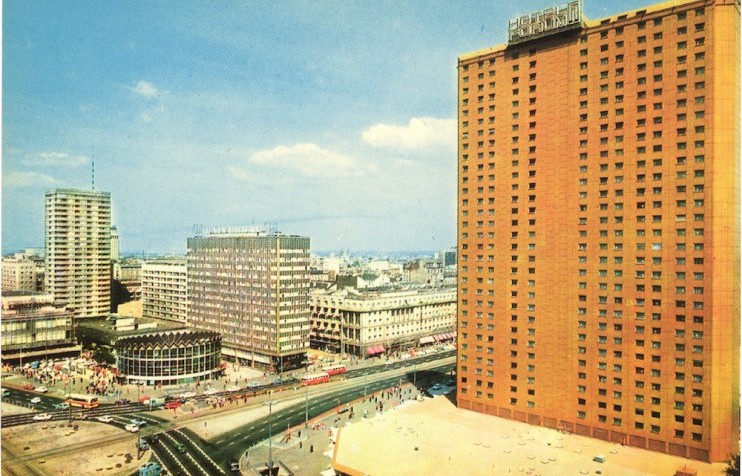 For readers in the West, the nostalgia here is complicated. We are looking at postcards of places that may no longer exist and which we have almost certainly not visited.  They take us back into our collective past, seen here from the other side of the ‘Iron Curtain’ as an inverse reflection in a mirror.  Like sepia-tinted photographs from earlier in the twentieth century, these images open a window onto other times and places though which we can peer in fascination at the Ladas and Zils motoring along the streets without worrying about being run over by one.  On Fuel’s website, a publicity video montage seems to show Leonid Brezhnev perusing this volume before urging ‘comrades’ to purchase it.  Such are the ends to which the past can be used.  Brutal Bloc Postcardsallows us to travel back to the Cold War years, but only long enough to send a postcard to a world in which Soviet grandiosity is now the material of the intriguing coffee-table book.