When poets were rock stars

The late 1950s and early 1960s poets in the USSR occupied a truly unique position. Their popularity and the public resonance created by their work resembled that of rockstars. They recited in packed stadiums to a breath-taken crowds of of intelligentsia, workers, and KGB agents. They dressed outrageously and lived bohemian lives,  rumours about which spread as fire across the cities. They fell in and out of love, drank a lot of vodka and openly discussed political news which they heard from the free radio channels The Voice of America and Radio Svobody.

They were often considered to be dissidents, however, their relationships with the regime were much complicated.

Think of such poets as Yevgeny Yevtushenko, Andrei Voznesensky, Bella Akhmadulina, Robert Rozhdestvensky and Bulat Okudzhava. Each of them hadtheir unique styles and political views. Some believed in Nikita Khrushchev’s promise to humanise the communist agenda, others did not. What united them was the sense of freedom that their poems brought to the audiences and their break with Socialist Realism that dominated cultural life under Stalin. They lived and worked in the so-called ‘thaw era’, when greater artistic freedom was allowed and the new styles of poetry caused a sensation among Soviet people, turning the authors into the nation’s idols.

“We were never bohemians in a way that Western movements [such as the Beat Generation] were. The bohemians protested against mass culture. We protested against the regime. It was our club, the place where we could speak freely and openly about life, about politics.” This is how the cultural elite is described in Tainstvennaja strast’ (The Mysterious Desire), a 2015 TV series based on Vasily Aksenov’s autobiographical novel about the literary elite of the ‘thaw era’. As both the novel and the TV series make clear, however, the protest mentioned here was never straight forward. The ‘thaw era’ poets worked in the grey zone between what was allowed and what was not, between dissent and the official culture, between protest and conformity. They might have been rock stars, but not revolutionaries. For example, Yevtushenko, hailed as an idol of the youth and the leader of the whole literature scene, was far from being a dissident having close relations with Khrushchev. While being in the authorities’ favour he was sent as a cultural ambassador to Cuba, the U.S. and Europe.  Such generosity from the State can be explained in part by the desire to present a positive image of the country abroad with one of its most liberal poets representing the state of the Soviet literature.

The ‘thaw’ began with Khrushchev’s infamous speech of 1956 at the 20th Party Congress in which he denounced the cult of personality. The new party line resulted in the ease of the State control of the culture and allowed for literary journals such as Yunost’and Novyj Mir to publish previously censored works. The new intellectual community emerged giving a hope to those who previously had been censored to contribute to the regime and change it for the better. The reality turned out to be quite different. Although the small  circle of the intelligentsia openly discussed politics, there were constant efforts by the KGB to control them, causing disarray within the close community. Some of these stories are shown in Tainstvennaja strast’. For example, the case of Boris Pasternak represents an interesting example as it is explored in the show. When the author received the Noble Prize for Doctor Zhivago he was forced to decline the prize and the members of the Writers’ Union signed a petition rejecting him as a novelist. Akhmadulina’s and Yevtushenko’s refusal to sign the petition, however, caused them not only their places in Gorky Literature Institute, but also created a rupture in their marriage. 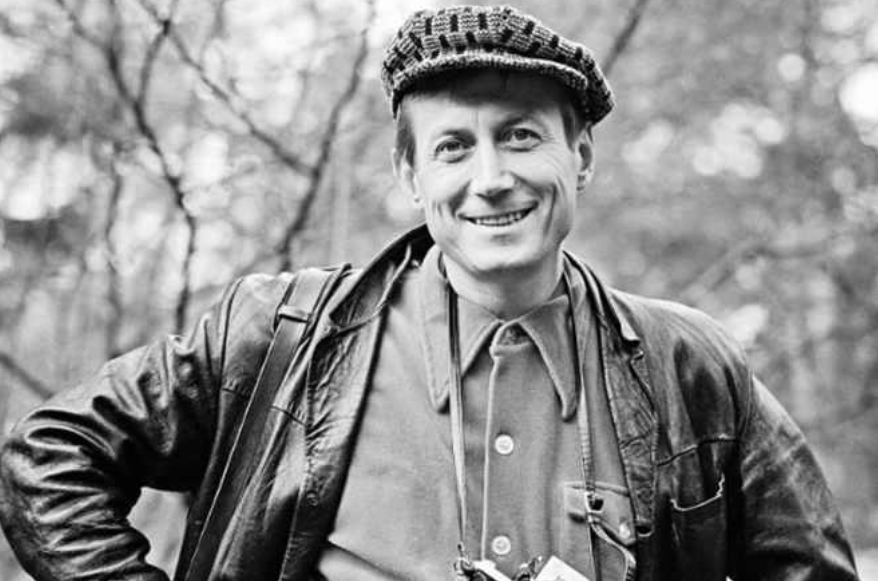 Yevgeny Yevtushenko, the idol of the youth and cultural ambassador of the USSR. He was a prolific poet and writer, and contributed to Soy Cuba(1964).

While many did not intend to openly oppose the regime, some members of the cultural elite were more radically minded. For example, Aksenov, the author of the novel on which Tainstvennaja strast’ is based, was perhaps the most hardline dissident, being the youngest person to have been in  Gulag due to his parents’ imprisonment. Other dissident literary figures were Aleksandr Solzhenitsen and Joseph Brodsky, who make a quick appearance in the show. When Solzhenitsen sought to publish One Day in the Life of Ivan Denisovitch, the manuscripts were confiscated and all of his future writings suppressed. Similarly, Brodsky’s poems were claimed to be ‘parasitic’ and he was sentenced to five years of hard labour in 1964.

Despite all of this, the relative freedom of the ‘thaw era’ allowed the lyric poetry to re-enter the official Soviet culture. The poets raised the public’s awareness of the romanticism of the Silver Age bringing back the previously censored poems of Marina Tsvetayeva and Anna Akhmatova. Instead of revolting against the lyrical romanticism of the early 20th century as their Western counterparts, the Soviet cultural elite sought to regain what was lost in the Civil War and under Stalin. Literature circulating in manuscripts of the samizdat which had previously reached a very limited audience, was now spread all over Moscow.

The ‘thaw’ in the cultural policy did not last long. The Second Exhibition of Modern Art at the Manezh exhibition hall in December 1962 is often seen as the end of the period of liberalisation in the arts and culture. The display which included some of the experimental works by members of Bellutin Studio was sharply criticised by Khrushchev. Such criticism resulted in hardship for many of the exhibited artists and gradual return to the strict control of literature and arts. The censorship increased and the majority of the liberal magazines were banned. Fearing the repercussions of attending public readings, the poets’ audiences withdrew to the security of their own homes and this rapid decline gives Tainstvennaja strast’ a melancholy ending. However, the memory of when poets were rock stars and their recitals filled stadiums remained, echoing Osip Mandelstam’s observation a few decades previously: ‘Poetry is respected only in this country – people are killed for it. There’s no place where more people are killed for it.’