WHAT WE SHARED: FILM SCREENING + Q&A

The collapse of the Soviet Union and the gaining of independence by its former republics were accompanied by a number of territorial disputes, military conflicts and collective traumas. 30 years later, the historical reality of these events has only become more complex. How can one talk about them today? 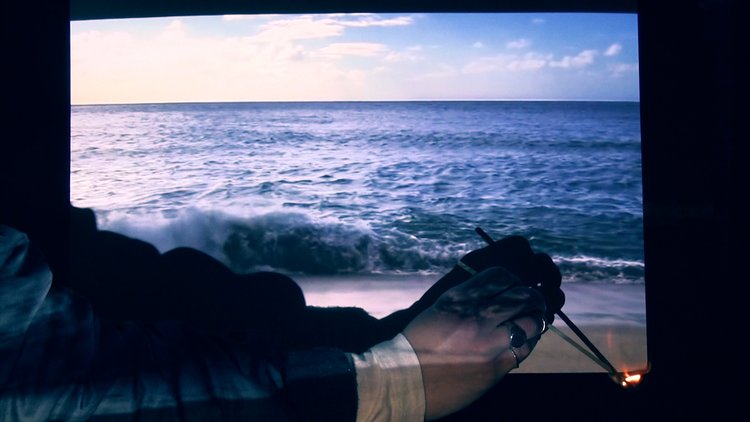 What We Shared by Kamila Kuc. UK, Abkhazia. 2021. 69 min. Still from the film, Courtesy of filmmaker.

In her film What We Shared, artist Kamila Kuc answers this question by addressing the nature of memory and archives in relation to Abkhazia, an autonomous region on the Black Sea. The 1992-93 military conflict in this territory between the Abkhazian and Georgian armed forces led to the loss and displacement of many who lived there. The artist uses re-imaginings of seven inhabitants’ dreams and stories, auto-fictional narration and archival materials processed using AI technology to examine the unstable distinction between fact and fabrication. What We Shared serves as a powerful force that connects different generations and geographical zones to resist dominant power structures.

This is a meditation on the collective trauma, the nature of memory and the border between fact and fabrication, based on several inhabitants’ dreams and stories. The screening will be followed by a conversation with film director Kamila Kuc and journalist Thomas de Waal, who has been a writer on the Caucasus for many years.