On 30th November, The Antropov Foundation jointly with Apollo Film and Russian Day, launches its first London event – the premiere of the documentary film Vysotsky… Odessa Notebook directed by Anatoly Balchev and produced by Mark Ivasilevitch. 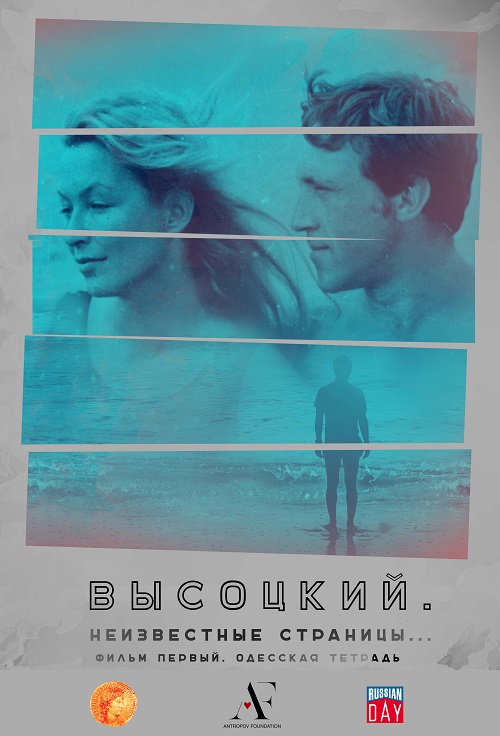 “For Vysotsky and his actress wife Marina Vlady, Odessa was the city of light, happiness and love”, – commented producer Marc Ivasilevitch on the choice of the subject for the documentary. Indeed, the city had a very special place in the artist’s life and career: from 1966 onwards, he starred in iconic films shot at the Odessa Film Studios, such as the mountain climbing drama, The Vertical, the comedy, Dangerous Tour and the criminal detective tele – series, The Meeting-Place cannot be changed, for which Vysotsky was posthumously awarded the USSR State Prize for the role of Sharapov. It was in The Vertical that his songs were first performed as a film soundtrack and then released as his first solo record.

Although the actor, poet and bard Vladimir Vysotsky enjoyed a semi-mythical status in the USSR, he is relatively unknown in the West.  He enjoyed some international spotlight after marrying a French actress of Russian descent Marina Vlady and touring France, Poland, USA, Mexica, Canada and other countries but after his untimely death this was quickly forgotten. Nevertheless, with ever-increasing interest in his person and poetry in the UK, the organisers are hoping that the documentary, based on reminiscences of Vysotsky’s friends and colleagues, will be enthusiastically received, especially as the launch, will be attended and inaugurated by the son of the poet, Nikita Vysotsky.

Sculptor Mikhail Shemyakin, who was also a friend of Vysotsky, will be another special guest at the screening.

To find out more about the upcoming premiere, check out the interview with the founder of the Antropov Foundation, Alexey Antropov.

Job Opportunity: Lecturer in Russian at University of Glasgow