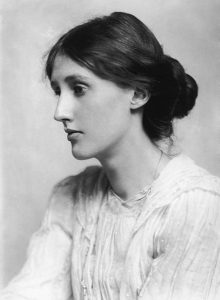 In 1908, a twenty-six year old Virginia Woolf read Leo Tolstoy’s War & Peace for the first time. Twenty years later, she recalled: ‘lying in bed one summer, I was enthralled […] and [have] called Tolstoy the greatest of novelists ever since’.

It was not only Woolf who was enthralled by Russia’s literary greats. The ‘Russian Craze’, which reached its zenith in the 1910s, captured the imaginations of Britain’s most pre-eminent writers from H.G. Wells to Henry James. This cultural infatuation would not have been possible without Constance Garnett, one of the first English translators of Tolstoy, Dostoyevsky and Chekhov.

In 1914, 34 British intellectuals signed a statement in The London Times expressing gratitude to Russian writers: “beneath all the strangeness there was a deep sense of having discovered a new home, of meeting our unknown kindred, of finding expressed great burdens of thought which had lain unspoken.’

It is hard to imagine a more effusive expression of cultural brotherhood. Was Woolf, a self-professed Tolstoy admirer, among the 34? Significantly, she was not. 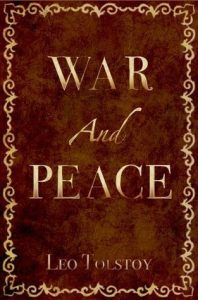 From her 1925 essay ‘On Not Knowing Greek’, we know that Woolf understood translation as profoundly problematic. This anxiety regarding its cultural and political connotations defined her treatment of Russia. Once translated, she wrote: “Russian writers are like men deprived by an earthquake or a railway accident not only of all their clothes, but also of something subtler and more important — their manners, the idiosyncrasies of their characters”. In light of her acute awareness of translation’s shortcomings, her refusal to endorse the London Times declaration is hardly surprising.

During the ‘Russian Craze’, exaggerated praise for the Russians was the rule rather than the exception. Yet intellectuals often couched this praise, as well as the rare critique, in terms reminiscent of colonial discourse. Bernard Pares, who founded the University of Liverpool’s School for Russian Studies in 1907, wrote of Tolstoy: ‘Reading him […] one had forced in on one […] his innate savagery’. Woolf examines the figure of the ‘savage’ Russian in Orlando with Sasha, the Russian princess. When Orlando looks at her: “He called her a melon, a pineapple, an olive tree, an emerald, and fox in the snow all in the space of three seconds”.

The references to fruits found in Africa and Asia link Sasha to the colonial discourses of ‘primitiveness’ surrounding these regions, while the image of the fox evokes the troubling equation of colonised populations with ‘the animal’. The almost ludicrous profusion of images transforms Orlando’s attempt from poetic blazon to pastiche, suggesting Woolf’s own ambivalence towards English attempts to ‘own’ the Russian ‘Other’.

While Woolf doubted the possibility of truly ‘translating’ Russian literature and culture into English, her essay ‘More on Dostoyevsky’ suggests the possibility of a hybrid literary space. Woolf writes that Russian books “have become an indestructible part of the furniture of our rooms, as they belong for good to the furniture of our minds”. Here, Woolf figures the assimilation of Russian literature into English culture in material terms, imagining an intellectually hybrid space.

Russian literature certainly formed the ‘furniture’ of Woolf’s mind, as Mrs. Dalloway attests. Like Anna Karenina, the novel features a double plot in which one of the protagonists commits suicide; like Anna, Clarissa’s ‘soul’ is stifled by her public official husband; and, like Levin, Peter Walsh arrives at the social and political centre of his society as an outsider. Woolf wrote of Tolstoy’s novel: ‘It offends me that the book ends without any allusion to Anna. She’s allowed to drop out [and] never comes into Levin or Kitty’s mind again’. That Clarissa does not commit suicide (and that Woolf emphatically ends the novel with her image) is significant for it invites us to see Woolf’s novel as a response to Tolstoy’s masterpiece, an imaginative fusion of British and Russian literary culture. Her conception of translation as an act of mutual influence and intellectual transformation contrasts markedly with her contemporaries’ voracious appropriation of Russian culture.

It is fitting that an article on Woolf’s translation of Russia should end with a glance at how Russia has translated Woolf. During Perestroika, 2 million translations of her work were sold. As one Russian professor said of the seminal translation of To the Light House published in Noviy Mir: ‘Did it change anything in […]  the Soviet Union? Sure. A new generation was born’. Woolf may have expressed grave doubts about her engagement with Russia, but translation – however imperfect – has left the identity of both unquestionably altered.