From the 13th of December all through to January, a select numbers of UK cinemas will be showing Victor Kossakovsky’s 2018 documentary “Aquarela”. Through contemplative and awe-inspiring images, the Russian film-maker celebrates the sheer beauty and power of water, from the frozen expanses of the Baikal Lake to the tempestuous waves of the Atlantic Ocean. 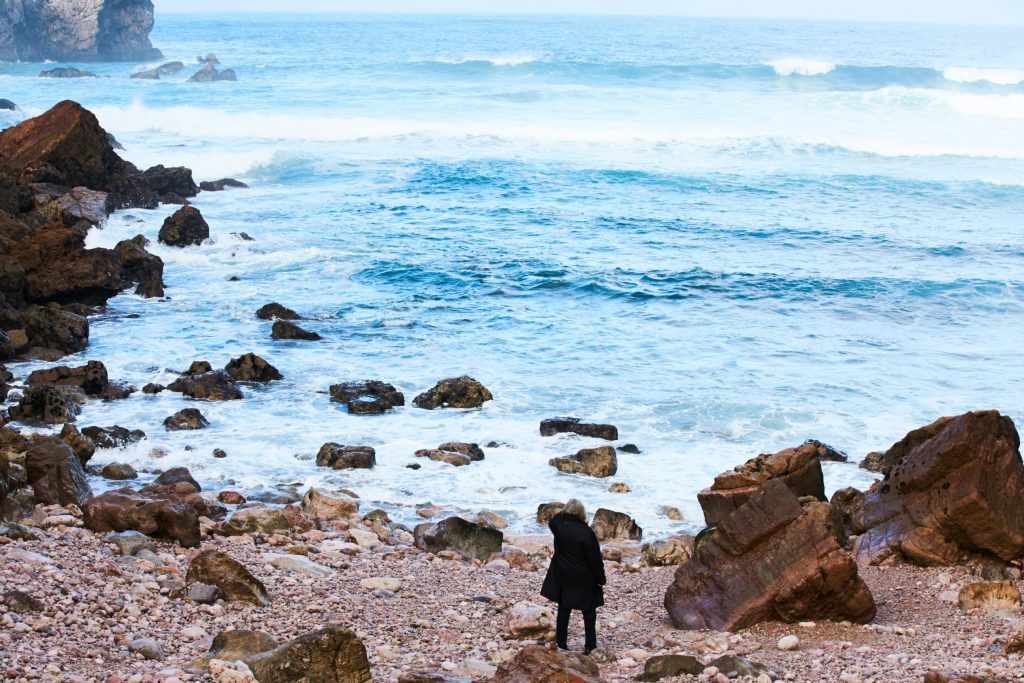 Through “Aquarela”, water is given a rare opportunity to express itself fully and, by doing so, Victor Kossakovsky aptly manages to captures its true identity. Due to the fact that the whole documentary is filmed at 96 frames-per-second, the scenes are extremely raw and realistic and make for a very powerful viewing experience. Sound also plays an important role here: through the muffled and ominous cracking of ice and the loud crashing of melting glaciers, water seems to find its voice and speaks to the audience.

The documentary opens on the icy white planes of the Baikal Lake, in Russia. We see workers pulling out vehicles from under the ice. Through very little dialogue, we understand the ice of the Baikal Lake is melting early and locals do not realise the danger of driving over it. “Initially, we were only there to film transparent ice but instead the scene acted as a sort of metaphor, we think we know ice and water, but we don’t,” Victor Kossakovsky explains. 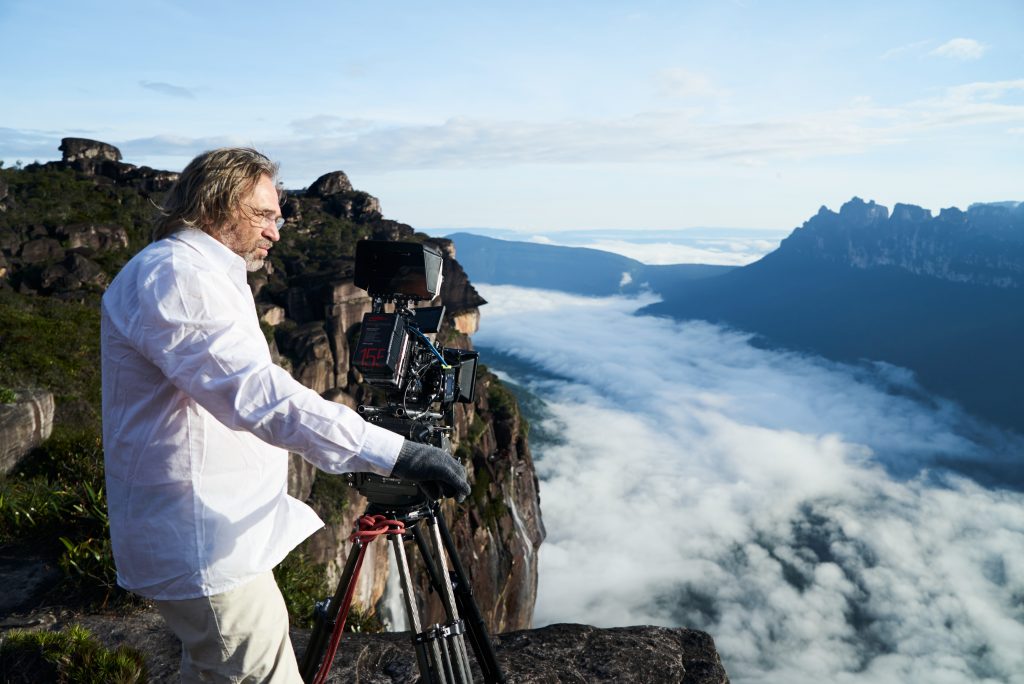 When watching the documentary, it is difficult to ignore the scenes in which glaciers are crashing down at regular intervals. But Victor Kossakovsky maintains that this is not a film about global warming. “As a film-maker I have no right to offer an opinion on the subject, I simply want to show how unbelievably powerful our planet is, much more than we can ever imagine,” he explains.

Indeed, through “Aquarela”, the audience is humbled by the strength of water — in a world governed by natural forces, humans no longer take centre stage. In the past, Victor Kossakovsky has been known for his touching and truthful depictions of human activity in documentaries such as “Vivan Las Antipodas” or the award-winning film “Belovy”. Through “Aquarela”, however, his interests have somewhat shifted from the human experience to celebrate nature instead. “I simply disagree that we are the centre of the universe,” he explains, “this doesn’t mean I don’t respect human life but I am more interested in what is surrounding me: trees, leaves, flies… I also want to respect them, I want to give them a chance.” 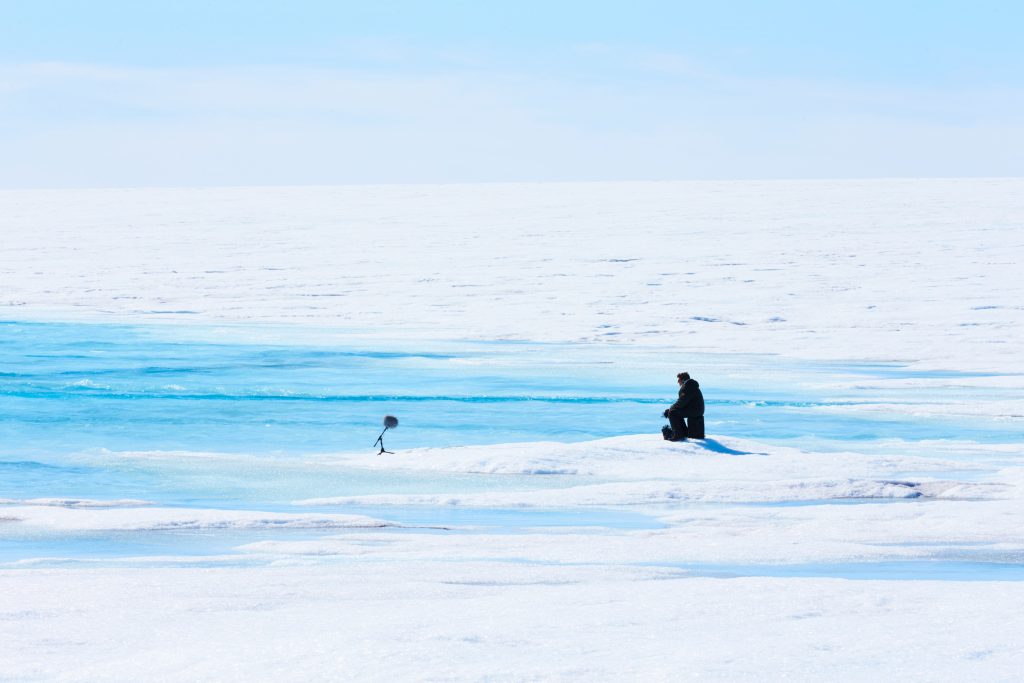 In a society where self-image and self-promotion has become paramount and where consumerism is at an all-time high, “Aquarela” brings us back to the fundamentals aspects of nature. As humans, we realise we are not unique or special — when confronted to an immense wall of water hurtling towards us through the screen, we suddenly understand our own limits and vulnerabilities.

A true labour of love, the film took five years to create. For the first three-and-a-half years, “we were looking for funding,” Kossakovsky explains, “but the actual shooting took one year”. “Aquarela” was filmed in various locations such as Scotland, Mexico, Russia, Greenland, Venezuela, Portugal and the United States, so as to form a all-encompassing and truthful depiction of water’s shifting characteristics. The film benefited from the financial support of the Sundance Film Institute, the Tribeca Film Institute and The Government of Greenland as well as the support of a number of institutions including the BFI. Following its release, the documentary was nominated in four categories by The Critics Choice Association (CCA) for Most Innovative Documentary, Best Science/Nature Documentary, Best Cinematography and Best Score. 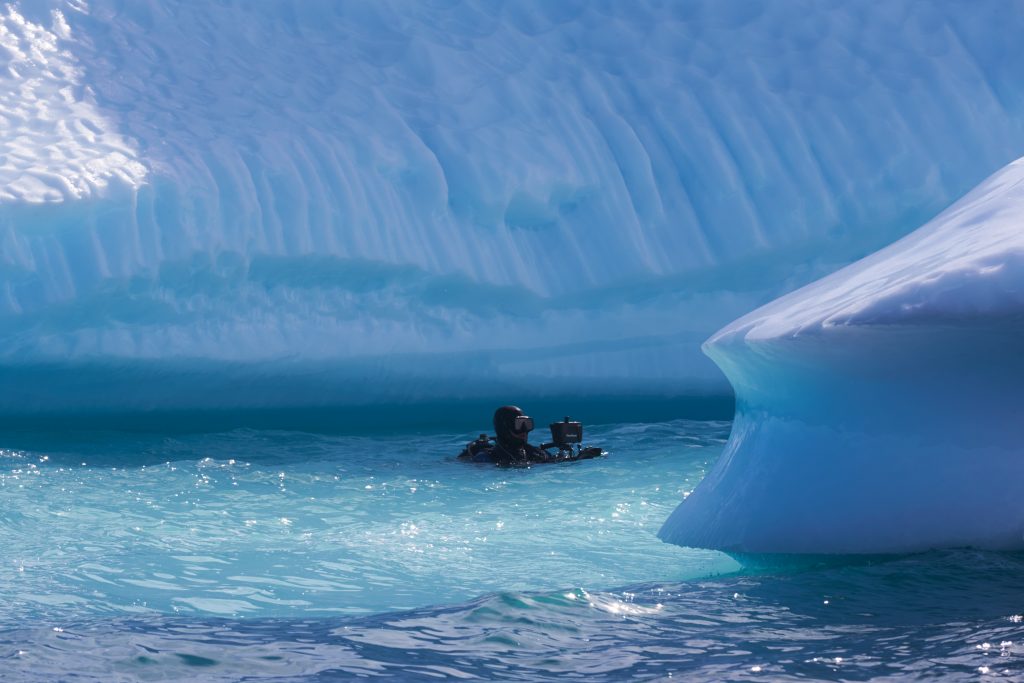 Kossakovsky says that filming this documentary was a thoroughly transformative experience. He says that thanks to it he has now adopted a more minimalist way of living and thinks about the impact of his actions on the planet, “I think now before taking the plane, for example, I try to consume less,” he says.

Following “Aquarela”, Victor Kossakovsky will be releasing a new documentary film called “Trinity”,  which depicts the life of animals such as pigs, chickens and cows. Again focussing on nature, Kossakovsky says he is looking forward to presenting this film in early 2020 which, just like “Aquarela”, aims to celebrate and respect the natural world that surrounds us.

“Aquarela” will be released in UK cinemas from the 13th of December by Park Circus. For more information, please visit the website

How art activities help in teaching beginners to play piano

👩‍🎨 Our artist residencies start up next w

Soviet art in the west, who needs it and why? Amon

Moscow. The capital of Russia, the largest city in

📰 Our latest article rounding up #russianartwee

One of our readers shared her father’s lost albu

♦️If you haven’t yet caught the latest editi

🖌 Our artist residency starts in 10 days! Do yo

♦️Catch us in the latest issue of wonderful @t

The Vache Baroque Festival, a new and forward look

🎶 Have you always wanted to start collecting ar

Remember our book giveaway? We’re giving you one