Verbier Festival – Music in the Alps. 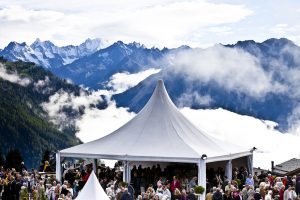 There are many summer festivals in the world with their own style and reputation: some focus on certain periods and styles, others present variety of art forms. Verbier Festival undoubtedly stands out among them. What makes it special is the combination of certain components: the ambience of the Verbier village, Festival’s prestige, its educational aspects and its ingenuous programming schedule, the fact that it is live broadcast by Medici TV, and is directed by Martin Engstroem – the driving force behind the Festival.

Festival continues for almost 3 weeks (in 2017 it ran between 21 July and 6 August). On certain days, it manages to pack up to 20 events into its intense schedule: concerts, masterclasses, performances for children, talks, discussions, even a chess tournament. This notwithstanding, one can enjoy a quiet moment in a cafe in the central square, while meditating on a unique collage-like atmosphere of the Festival. People in hiking boots, with walking poles and bicycles are moving alongside the musicians carrying their instruments. From almost every chalet, school, church or restaurant the musical trills are resounding. Even mountains become a stage backdrop. Everywhere people discuss the newly discovered Alpine roads and recently heard interpretations of Beethoven’s sonata. Nature and music go hand-in-hand and create their own chamber music.

Verbier village The village is known for its off-piste slopes. Indeed, only very courageous and skilled skiers and cyclists can survive on them. Same can be applied to the Festival’s performers. What makes it so difficult for them to perform there, is not only the Festival’s reputation and the responsibility of live broadcasts. The biggest challenge is the festival audience. For 24 years running the public is listening to the top artists and best interpretations. The audience is very knowledgeable, sophisticated and dedicated. To catch their attention, the musicians need to deliver the highest possible degree of musicianship. The fact that none of the venues have acoustic facilities of a concert hall does not make it easier, either. On top of that, many concerts are being broadcast live. As a result, only the musicians of the highest calibre win a standing ovation and admiration, and are long remembered there.

Academy To acquire and hone their skills, musicians spend their whole life learning and practising the instrument. Only very few artists possess this kind of natural inborn talent which lets them climb a Mont Fort of classical music without too much of an effort. The Academy is a small scale musical institution which regularly happens during the festival. Young artists play at masterclasses and learn from recognised maitres, or they often perform together, to say nothing of attending most important concerts throughout the festival. In addition, the director of the festival, Martin Engstroem, keeps his watchful eye over them, trying to spot a new talent. Those, who excell during the sessions and masterclasses, stand a good chance of being invited to perform at the next Festival.

In addition, the festival has 3 orchestras: Verbier Festival orchestra, Chamber orchestra and Junior orchestra. The latter one deserves a special mention, for it consists of musicians aged between 15 and 18. While performing major symphonic repertoire, the young musicians also learn to perform as an orchestra: they share and create. It is more of a luxurious summer camp for young artists than just a performance festival. And each of these young people is a precious gem: the mutual respect 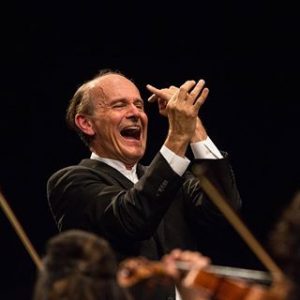 and passion of these young people render performances of the Junior orchestra full of life and energy.

Live broadcasting Medici TV and Hervé Boissière have been collaborating with the Festival for 14 years: broadcasts and interviews can be watched live  on Medici TV app. It is important to mention that Medici Tv is currently the leading classical music broadcaster in the world.

Russians and Hungarians were among the leading artists at the Verbier Festival 2017. Hungarians were represented by Sir Andras Schiff, Gábor Takacs-Nagy and an outstanding teacher Ferenc Rados.

Russian presence was rather more overwhelming: during the Festival I often heard people speak Russian: a great number of the festival supporters and members of the audience travelled from Russia. The musicians performing at the festival were the crème de la crème: pianists Mikhail Pletnev, Grigory So 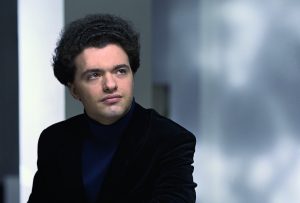 kolov and Yevgeni Kissin made the recent Festival truly memorable. The cellist Mischa Maisky had already become indispensable to the Festival, so he presented his programme. too. Nikolai Lugansky, Alexander and Dmitri Sitkovetsky, Lera Auerbach, Maksim Rysanov, Vladimir Feltsman and Yuri Bashmet also were participants of the festival in 2017.

The Verbier Festival director Martrin Engstroem ensured that the concert programme would be as varied and possible and would include music by such Russian composers, as Tchaikovsky, Taneev, Rachmaninov and Schostakovich. Mr Engstroem  knows how to appreciate Russian Culture: in the past, he studied Russian at Stockholm University. He was also involved with the latest Tchaikovsky Competition and was awarded a Dmitri Schostakovich Prize in Moscow (by the Yuri Bashmet Foundation) — one of the most prestigious prizes given for the outstanding merit in the field of classical music in Russia. Martin Engstroem happens to be the first recipient of the Prize without being a classical musician himself.

To summarise, the Festival cherishes very  ambitions plans for next seasons: they hope to  build a proper concert hall and dormitory for musicians. Certainly, the development of the Academy will progress further, and surely, the Festival will continue its mission and will keep on supporting, attracting and discovering new musical talents. One should go to Verbier at least once in their lifetime: the event is worth every admiration, participation and support. Or at least, make sure to follow it online via Medici TV live broadcasts.