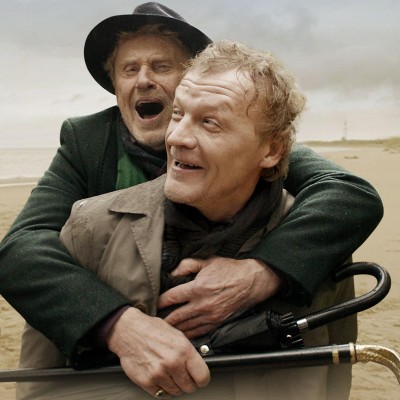 ‘Van Goghs’ is a story of a complicated relationship between a father and a son. Mark Ginzburg is a talented artist, but personal and professional success has escaped him. Many years ago Mark moved from his native Latvia to Israel to get away from his oppressive father, Viktor, a famous conductor, who never cared about Mark’s feelings and tried to mold his son in his own image. After Viktor is diagnosed with a fatal illness, Mark moves back to his father’s home in Riga, and father and son set off on a difficult journey to rediscover each other.