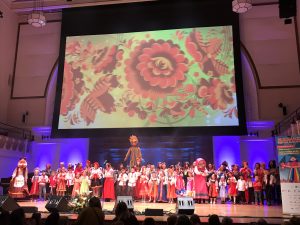 Founded in 2009, the London Maslenitsa Festival celebrates its 10th anniversary this year. Under the organisation of Ensemble Production and with the support of different entities, including Russkiy Mir Foundation and Russian Art and Culture, the Moscow City Goverment , Rossotrudnichestpvo ; the Festival presented various events ranging from film screenings and art exhibitions to fashion shows, culminating in the Maslenista Concert that took place at the prestigious Cadogan Hall in London.

Following a warm welcome from Olga Balakleets of Ensemble Production and messages from political representatives from Moscow and from the Russian Embassy, a mixed group of children and adults in traditional costumes kick-started the event with song and dance. Numerous artists joined on stage: young violinist John Gallant accompanied by Olga on the piano, and soprano Diana Gouglina with pianist Julian Gallant, both offering touching musical moments. Added to this were the colourful traditional costumes and song and dance routines of the Russian Souvenir Ensemble and the entertaining performance of Mazaika Duo with their violin and accordion. The Kvatro Group closed the night with ballads, a cappella melodies and a moving tribute to Baritone Dmitri Hvorostovsky. 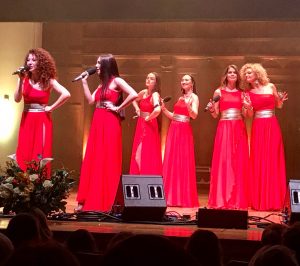 The highlight of the night was the performance of the phenomenal M. Turetsky Soprano. This female group is the creation of Mikhail Turetsky, who spent two years auditioning the thousands of contestants that applied to be a part of this project. Six exceptional singers, ranging from the mezzo to the highest soprano voice, walked on the stage and captured the audience with their unique talent. They offered a varied repertoire of old classical pieces, like Bizet’s Carmen, or modern Russian music. We were fortunate to meet these very friendly personalities after the show and got to know them better. 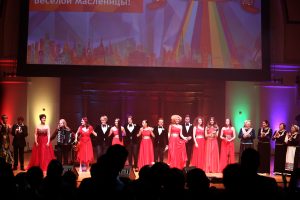 Here is what they told us:

Q: Soprano, thanks for a thrilling performance. How do you feel after such a well-received show on the stage of the London Maslenitsa Festival?

A: We feel wonderful and positive! It was a fantastic celebration and we are happy to be part of it. London is the capital of music so we are excited to be here.

Q: Do you still celebrate Maslenitsa?

A: Of course, we celebrate it by eating a lot of blinis!

Q: Maslenitsa welcomes spring, warmth, growth and hope. If you were asked to make a wish for the coming season, what would you wish for?

A: We would like to take part in the Eurovision song contest, representing Russia. It is a real possibility and something that we hope to be given a chance to do. We are preparing for it!

Q: Our organisation promotes Russian Art and Culture internationally. How do you transmit Russian culture to the public?

A: Music and emotions are the channels through which we transmit this. Our music is a fusion of different genres. Each show is unlike the previous one. We are very eclectic, have different styles, voices, emotions and appearances. We are passionate about what we do and always want to engage with the audiences, discover different countries and nationalities. International audiences are particularly interested in us because what we present is something new to them. We experience a lot of acceptance, positive engagement and warmth from people.

Q: What is coming up for you in the future?

A: We have an international tour that takes us to Germany and around Europe, then on to the USA and Canada.

Thank you M. Turetsky Soprano, good luck with everything and Happy Maslenitsa! 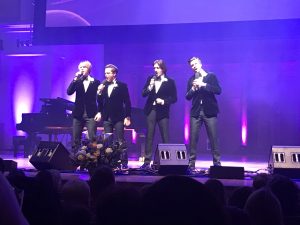