THINKING ABOUT ARTISTS IN GULAG HISTORY

I visited the new Gulag History Museum in Moscow. Entering the small modest red brick building, tucked away in a side street in the North of Moscow, little prepares you for what lies within…

You enter a dark expanse. At first glance it feels just like an art gallery – a vast warehouse space with what seem like large paintings hanging in limbo, each one dramatically lit. On closer inspection these turn out to be doors – different colours, textures, battered by use, plastered with locks, bolts, caged peepholes and scrawled with numbers. Preserved and now transported thousands of miles to this location for exhibition, these gateways are what remain of Russia’s Gulag prison system. 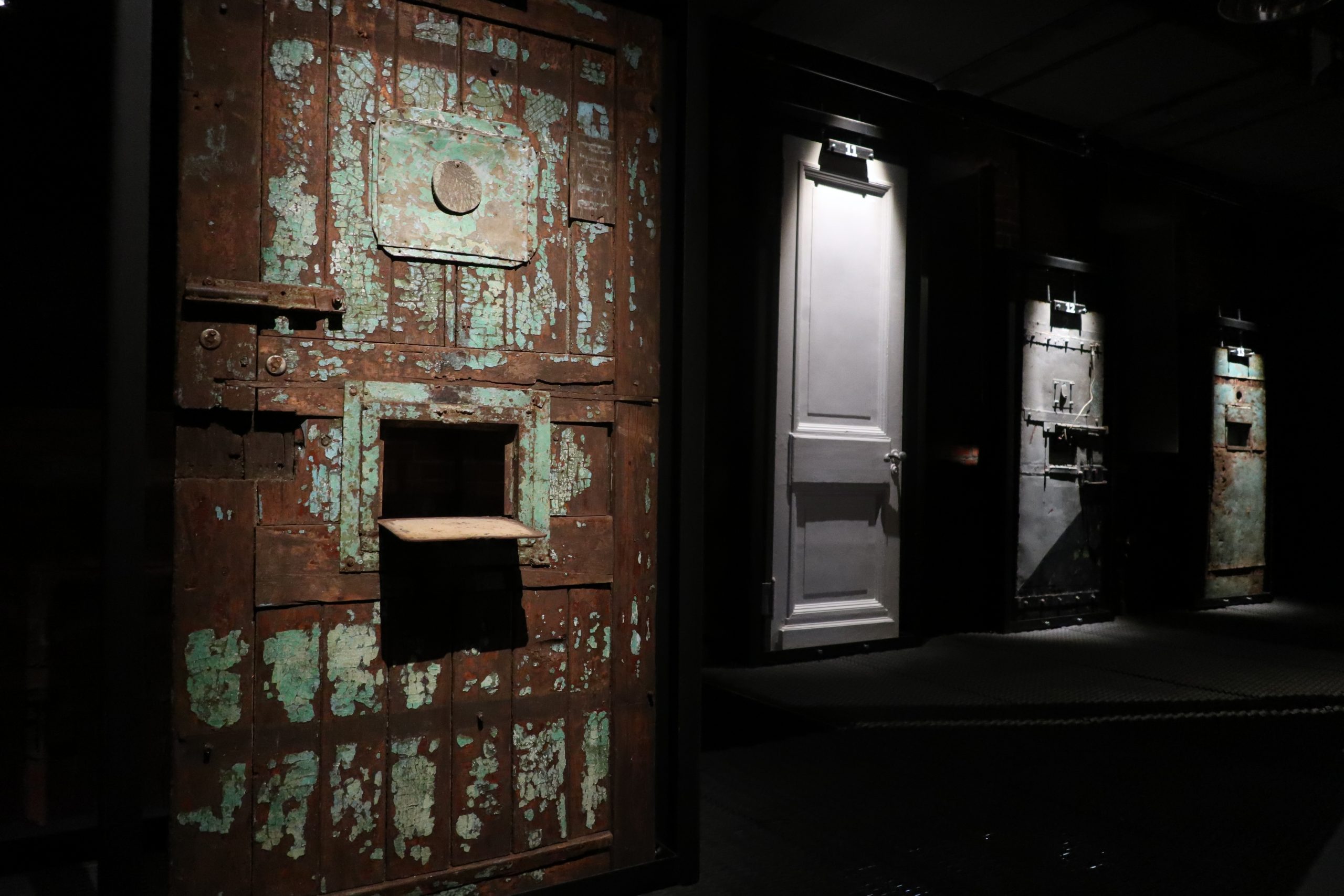 Each door carries its own secret history. As a visitor you can only imagine the sounds and smells, the torture, solitary confinement, starvation and eventual annihilation of the prisoners. 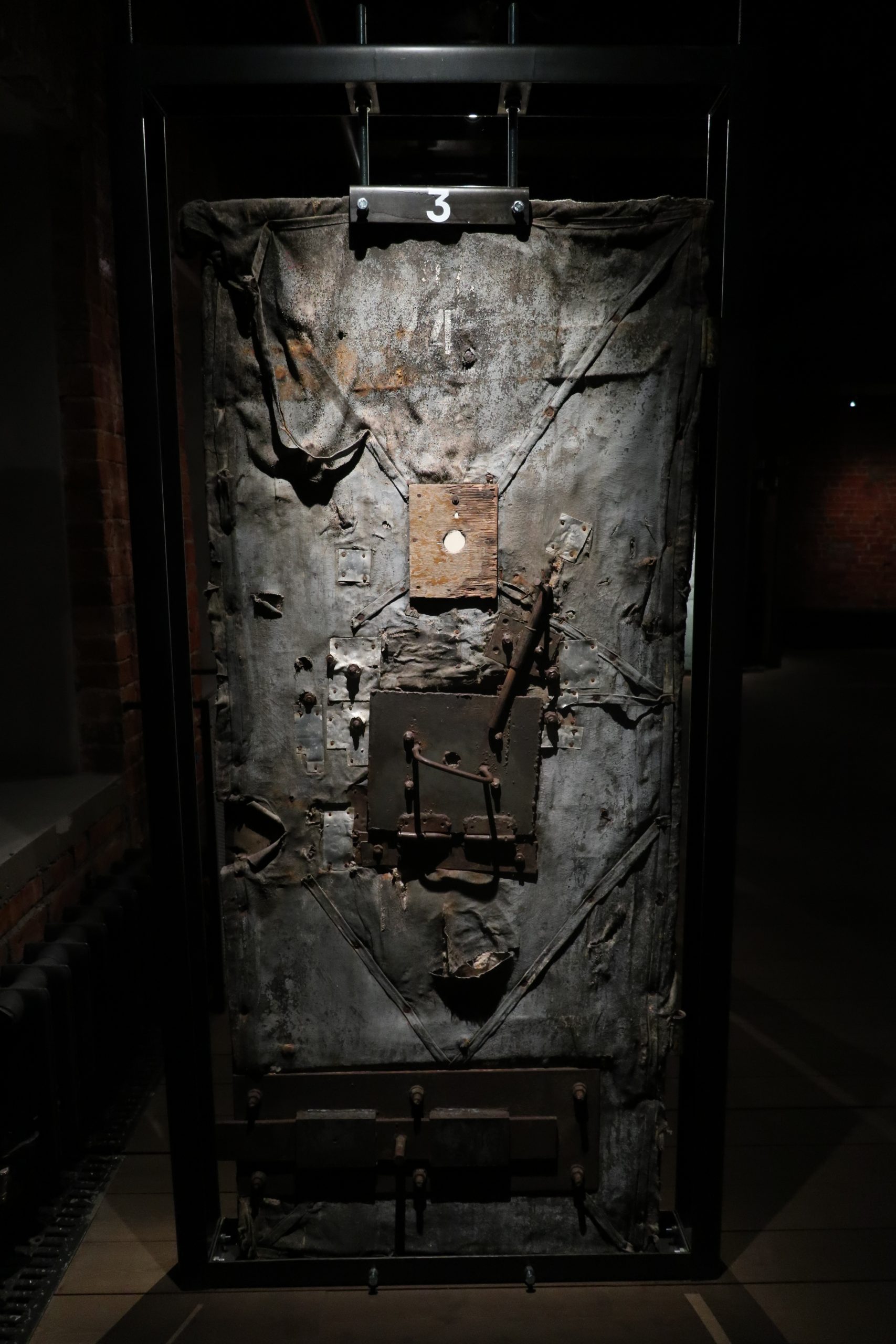 I follow to the next floor where other relics tell their stories – artifacts with voice testimonies portray ordinary lives of people who perished in Gulag.

It’s the ordinariness and innocence of the objects that strike you. Today we look back at events of history, but journeying through this museum breathes life into these individuals – mothers, fathers, children, who perished.  Everyday objects like a stocking or a shoulder bag are shown in glass cases like relics, alongside special treasures like a fragment of embroidered cloth, treasured wrist watch, or musical instrument.

The museum, which opened recently and is in development, approaches the Gulag history through human perspective, portraying the personal lives of people who went through the repression.  It focuses less on facts and documents, more on memorializing the lives. Covering the period of the repression from 1920’s to 1950’s, from the first concentration camps until their closure, it pushes Stalin’s era onto a conveyor belt of history.

Alongside gangs of schoolchildren and nuns, I visit sections of the museum displaying artifacts of survival strategies of everyday prison life – a seemingly abstract display of rusty, broken, worn, dug up, sharp, abstract wheels, wires and tools. 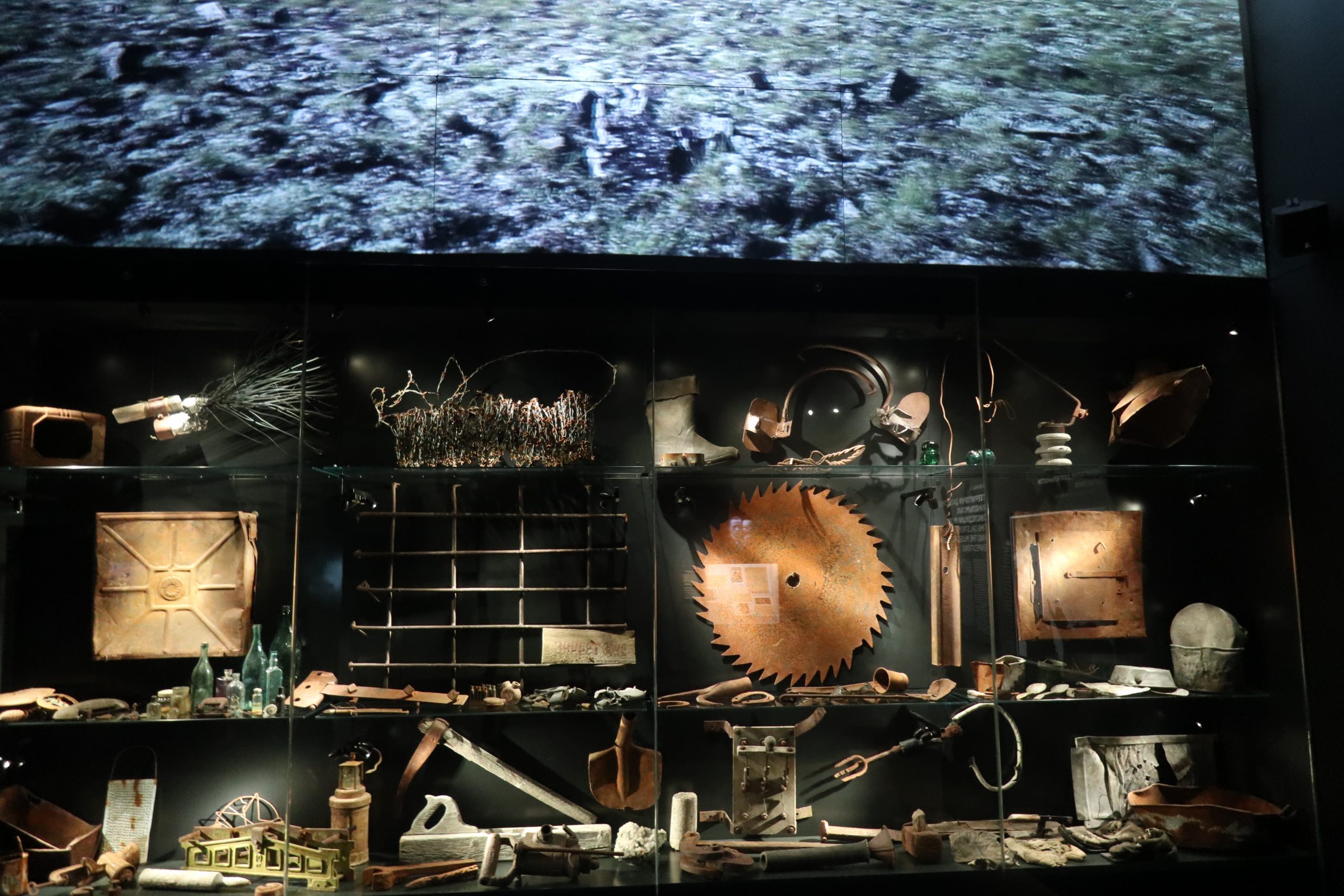 I met the director Roman Romanov says “the museum archive allows investigation, helping descendants discover the fate of their family members, as a path to healing from the trauma inflicted by political oppression”

My feature documentary “REVOLUTION – NEW ART FOR A NEW WORLD”, is to be screened at the Gulag History Museum in Moscow this month, and if you can’t get to Moscow, it’s available on DVD online. When I set out to make the film; I was documenting the Revolution through the eyes of the artists who were in the vanguard of political change during the first part of the twentieth century. Many of these artists would go on to become victims of the Gulag system. 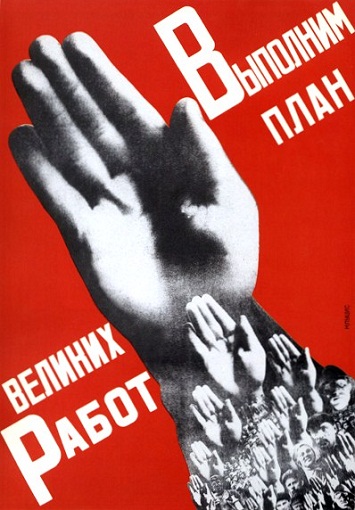 The theatre director VSEVOLOD MEYERHOLD (1874 – 1940), whose story features in my film, is memorialized here at this museum, as is he also at the Theatre Museum in St Petersburg. Meyerholdwas strongly opposed to socialist realism, and as a result he was arrested, brutally tortured and executed by firing squad in 1940, but rehabilitated in 1955. His pioneering invention “biomechanics” led on to the method acting of Marlon Brando and James Dean.

I wish there were more artists memorialized at this Museum. Artists leave a powerful and permanent legacy – painting, photography, design, cinema, music, dance, theatre and more, especially at this period in Russian history.

This was partly why I decided to make my film, and I thank the descendants who helped me with this extraordinary journey.

Featured in my film is the brilliant avant-garde artist GUSTAV KLUTSIS (1895 – 1938), who created so much art at the outset in support of the Revolution – he himself fell under the millstones of history in 1938 – and was executed by firing squad aged 43, posthumously rehabilitated in 1956. Some of his paintings were hidden in the Tretyakov Gallery for safety. His artist wife, MARIA KULAGINA died without learning her husband’s fate. 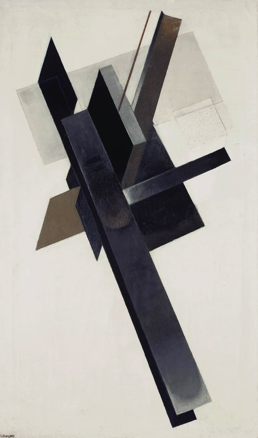 Also in my film is ALEXANDER RODCHENKO the great Russian photographer, who in order to survive, was sent to take photographs of the White Sea – Baltic Canal project built by inmates of Stalin’s Gulag, the system of corrective labour camps. It was a show camp, designed to be photographed – artists were sent to paint and photograph it for the world’s press. They had little choice. 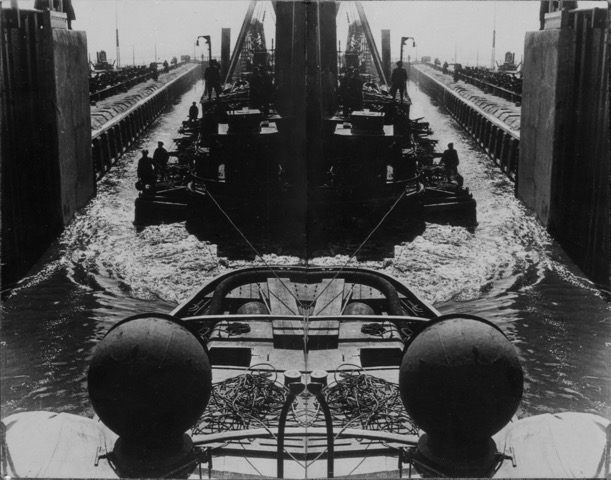 I think some of the other artists featured in my film, who were victims of the Gulag, should also be represented in this museum:

Painter ALEXANDER DREVIN (1889 – 1938) was executed by firing squad, but posthumously rehabilitated in 1957. For decades, his wife the painter NADEZHDA UDALTSOVA (1885 – 1961) sent him letters to the Gulag, which were returned unopened. Most of his paintings remain in store in Russia.

NIKOLAI PUNIN (1888 – 1953) the commissar who championed the avant-garde through the revolutionary years, was arrested and exiled to the Vorkuta Gulag camp in the frozen reaches of the Arctic Circle, where he perished.

Celebrated designer SERGEI KOROLEV (1907 – 1966) was also sent to Gulag. Later he would design space rockets and was recently honoured in the Russian Space exhibition at the Science Museum, London.

ZELFIRA TREGULOVA director of the State Tretyakov Gallery told me: “Many of the artists, as well as writers, poets, scientists, went to Gulag or were executed, this had happened to every second or every third family in the country. My own grandfather spent 20 years in Gulag. I don’t think that anybody wants this situation to be repeated again”.

It was a generation of artists who produced some of the most breathtaking images and who went through some of the most terrible times. And whose heroic struggle, both with the past and with the present as they experienced it in soviet Russia, is an inspiration today.