The Vache Baroque Festival, an innovative open-air music venue that brings audiences re-imagined Baroque music in a stunning setting, announced its return for a second year on 28 August 2021. Following the success of its 2020 debut with Purcell’s opera Dido & Aeneas, the festival has expanded and will provide audiences with a full season of Baroque delights for 2021. 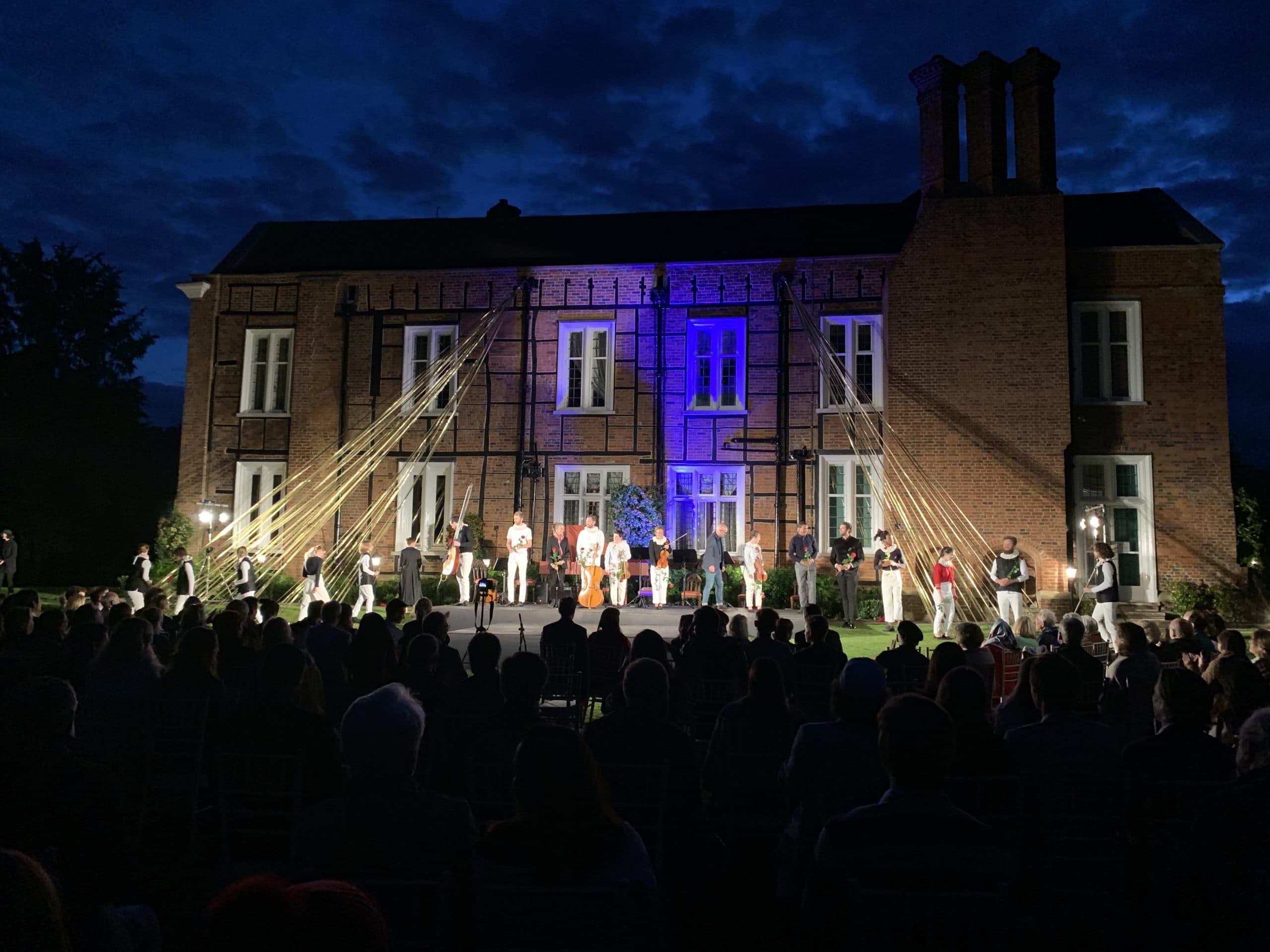 Highlights include Bach and Milton: Paradise and Pandemonium, a dramatic reading of extracts from John Milton’s epic poems punctuated with the music of J.S. Bach, and two staged performances of Handel’s popular pastoral opera, Acis & Galatea. We also welcome the return of dance group BirdGang Ltd for an evening of contemporary dance to the sound of traditional Baroque dance music.

This year, we will be working with local museum, Milton’s Cottage. As the home of visionary poet and political writer, John Milton, it was in this 16th century cottage that Milton wrote his epic masterpieces, Paradise Lost and Paradise Regained. As 2021 marks the 350th year since the publication of Paradise Regained, we are excited to pay tribute to one of Chalfont St Giles most famous cultural figures in our 2021 programme. 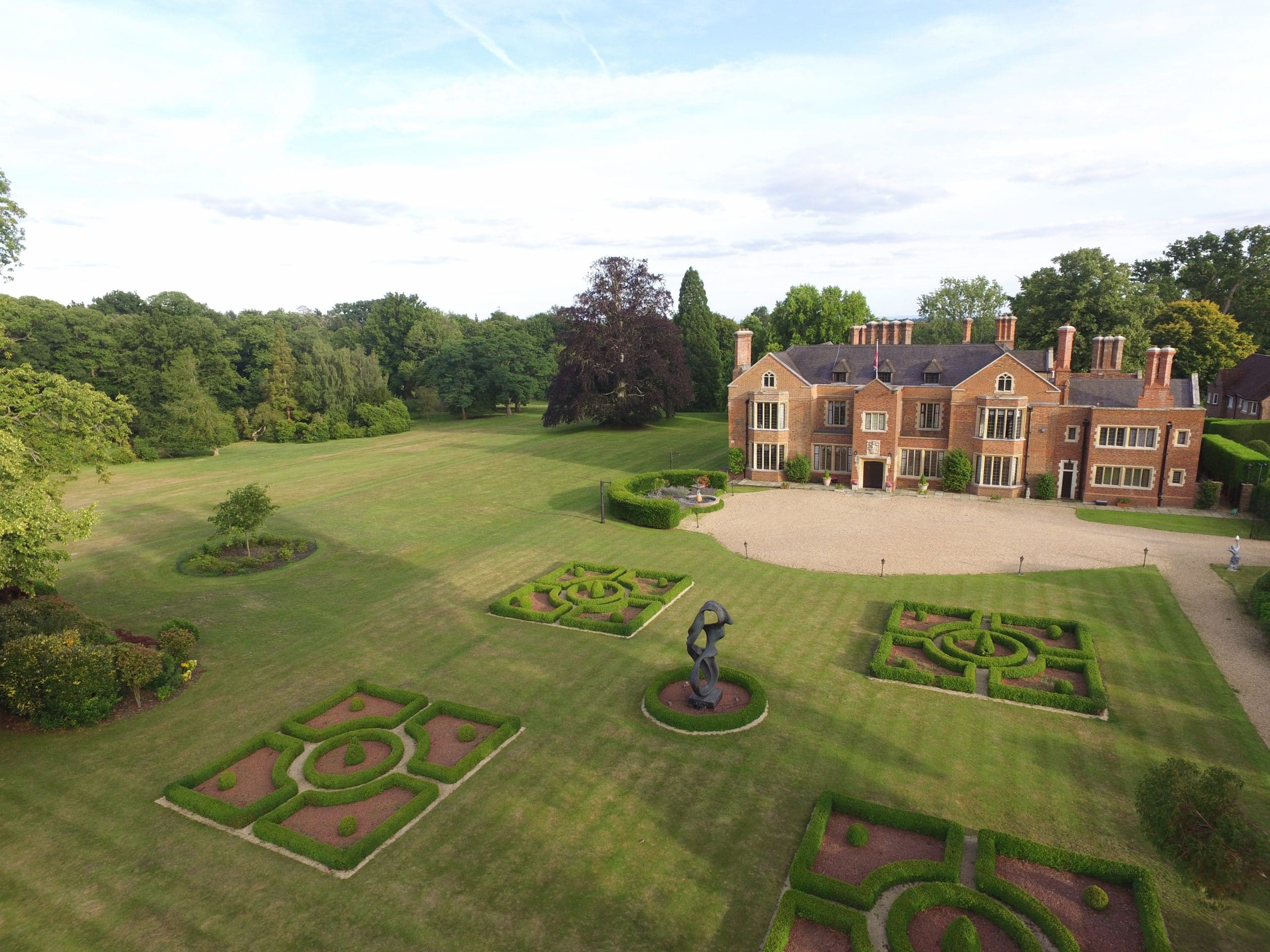 The Vache House – venue for the festival

We also plan to open the dress rehearsal of Acis & Galatea to local community groups and individuals via a complimentary ticket ballot and creating a mentoring scheme for selected student singers. We will host numerous youth projects throughout the year, including the development of a schools workshop programme inspired by our Dance Suites feat. BirdGang Ltd show and performance opportunities within the 2021 season for local children.

For most of us, the day can only begin once we’ve had that comforting cup of coffee. The combination of strong aroma, heavy body, and rich flavour (mixed with the magical powers of caffeine) make for the perfect start to any morning. And as a nation of avid coffee lovers, what could be better than a musical homage to our favourite hot drink? Feed your addiction and join us for a coffee-themed event of witty music, poetry and refreshments as The Vache Baroque Festival and Milton’s Cottage bring you J.S. Bach’s Coffee Cantata. This is a family friendly event. Laura Attridge is the director and Jonathan Darbourne is the musical director. Confirmed cast includes Richard Latham(bass), Betty Makharinsky (soprano) and Bradley Smith (tenor). 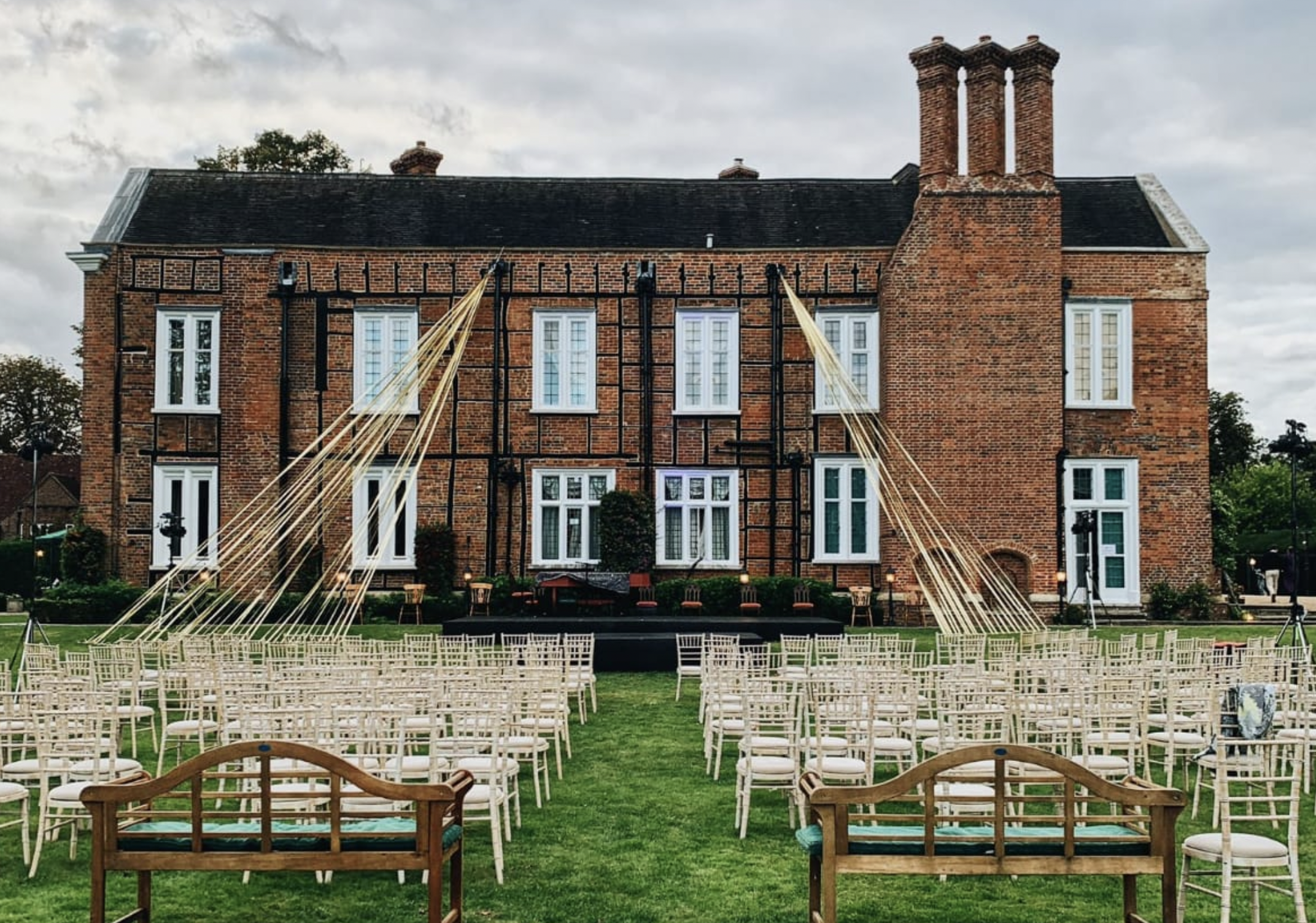 The Vache House – venue for the festival

Stuck in the Garden of Eden with an irresistible temptation and the persuasive voice of Satan, Eve is faced with a moral dilemma. Later, the devil is up to the same trickery in an attempt to reduce Jesus to the same humiliating fate. Covering themes of obedience and defiance, virtue and sin, degradation and redemption, Milton forces us to confront life’s biggest dilemmas. Join us for a dramatic reading of extracts from John Milton’s renowned epic poems Paradise Lost and Paradise Regained, brought to you by two acclaimed British actors (to be announced). The readings will be punctuated by three J.S. Bach cantatas with texts linked to Milton’s themes (BWV 19, 54 and 80). Jonathan Darbourne is the musical director. Confirmed soloists include James Hall (countertenor) and Nick Pritchard (tenor).

Avant-garde movement meets traditional Baroque dance music in this exciting collaboration between the Vache Baroque Festival and BirdGang Ltd. Presented by Master of Ceremonies, Ukweli Roach, BirdGang Ltd dancers add a modern twist to 17th and 18th century dance music with their impactful choreography. Experience Baroque like you never have before as we take you on a Vaudevillian journey of creative delights. Jonathan Darbourne is the musical director. Further details to be announced.

Handel’s pastoral opera follows the romantic story of Acis, a mortal shepherd, and Galatea, an ethereal nymph, whose undying love is fated by the jealousy of the monstrous giant Polyphemus. As Handel’s most enduring dramatic work, this beautiful tale of love, tragedy and prevailing hope will transport you to the idyllic utopia of nymphs and shepherds. Directed by Sophie Gilpin, designed by Laura Stanfield, musically directed by Jonathan Darbourne. Confirmed cast includes Rowan Pierce (Galatea), James Way (Acis) and Tristan Hambleton (Polyphemus). Further details to be announced.