The Story of Synko-Filipko and other Russian Folk Tales

An evening to celebrate the publication of Fontanka’s new book The Story of Synko-Filipko and other Russian Folk Tales. 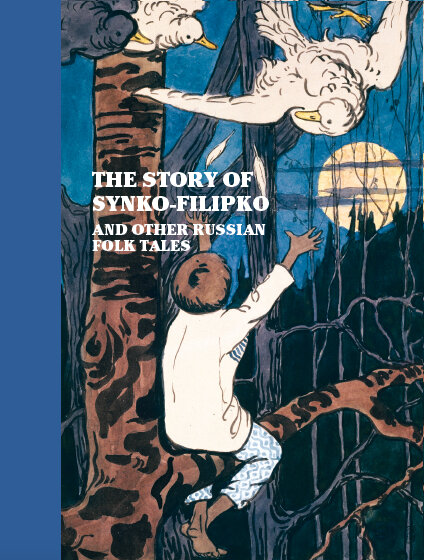 This is the second book of Russian folk tales published by Fontanka, following Why the Bear has no Tail and other Russian Folk Tales, which appeared in 2014 and was reprinted in 2015.

The stories in both books were collected and illustrated by Elena Polenova (1850-98), younger sister of the artist Vasily Polenov, and a leading figure in Russia’s Arts and Crafts movement in the late nineteenth century.

Polenova was one of the first illustrators of children’s books in Russia, and her pictures in this collection have a charming and distinctive style verging on art nouveau. The title story is about a boy carved from wood who outwits Baba Yaga and her daughter Nastaska with the help of flocks of birds flying overhead.

The evening will include a panel discussion between the translator, Louise Hardiman, Natalya Polenova, great-great-niece of the artist, and Mark Sutcliffe, one of the book’s editors.