The Ship of Tolerance: A Concert for London 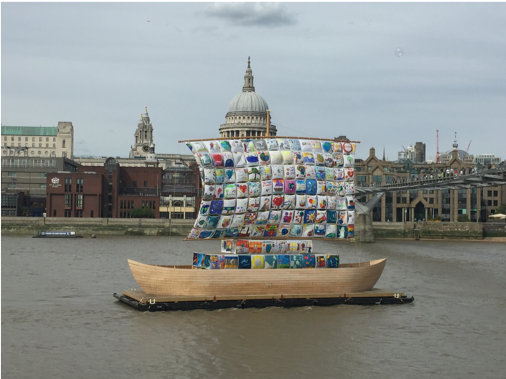 As well as delightful musical performances, the stage gave way for a vibrant array of speeches from people who have benefitted from involvement in the project. Nadja Romain, founder of Art Action Change, explained the importance of allowing children to express their ideas, feel a sense of belonging, and connect with people. A confident young schoolgirl told us that she had gained a valuable lesson in tolerance and how to be respectful. She added, with a smile, that perhaps politicians would benefit from building a Ship of Tolerance in Parliament.

The London Ship of Tolerance project was mainly aimed at primary school children within the city, but its impact has also been felt further afield. Two members of the Red Cross attended the concert, along with three refugees living in the UK. They contributed drawings to the ship’s mast, and told the audience what the project had taught them: the importance of kindness, respecting others and protecting the planet. A young ambassador of the project reflected that in an internet-driven world where we are more connected than ever, tolerance should be our main priority.

The evening’s music was performed by young musicians from the UK, Canada, USA, Italy, and Russia. They charmed the audience with their powerful presence and eclectic rendition of pieces by composers Rebecca Clarke, Sergei Rachmaninov, Thomas Fredrick Dunhill, Fedrick Loewe, Alexander Konstantinovich Glazunov, Johannes Brahms, Samuel Osmond Barber, and Reinhold Moritzevich Glière. The young musicians showcased their passion and togetherness, welcoming the Ship of Tolerance to London with a burst of expressive musical passion. 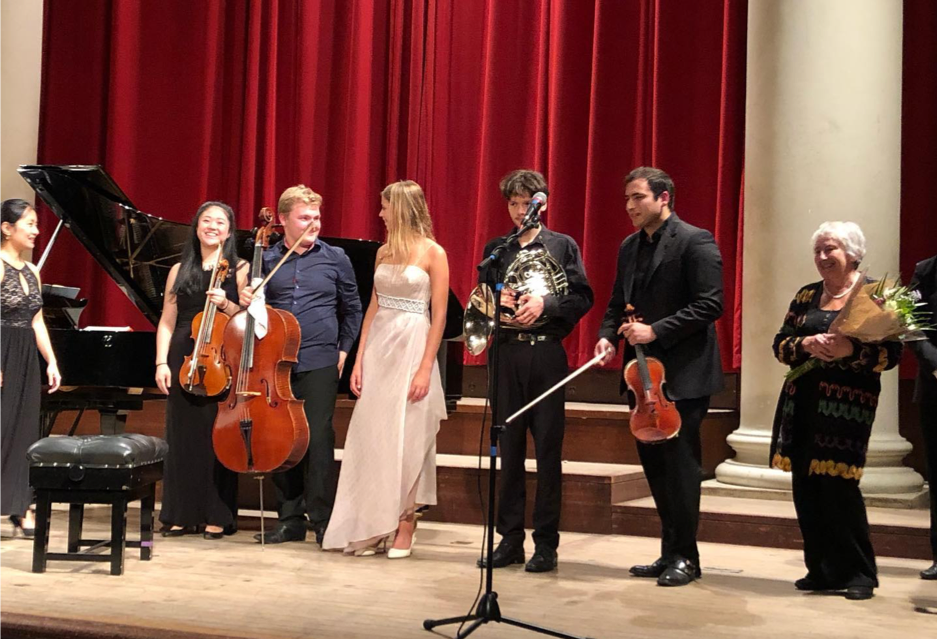 At the end of the evening, Emilia Kabakov was invited to the stage and was very warmly received. She and her husband, Ilya Kabakov, are the founders of the Ship of Tolerance project. Since 2005, they have seen it travel to 12 cities including London. Their work is often deeply rooted in the Soviet context in which they came of age. However, the power of the Ship of Tolerance to bring people from many different cultures together proves that their work has a truly international significance and knows no borders.

The Ship of Tolerance was produced by The Kabakov Foundation and Art Action Change in collaboration with Thames Festival Trust. It is on view between September 4 and October 6 on the River Thames, next to Millenium Bridge.