The Seen and Unseen in Olga Chernysheva’s Autoradio

It seems so appropriate that Olga Chernsheva’s latest solo exhibit, Autoradio, is tucked away at Foxy Production, a second-floor gallery on the Lower East Side of New York City. Maneuvering through the stream of people shopping, laughing, smoking, selling, we enter a space that contains more emptiness and silence than we are comfortable with. No more ads, vendors, restaurants—just white walls, with oil and watercolor canvases of thoughtful green, grey, and blue. 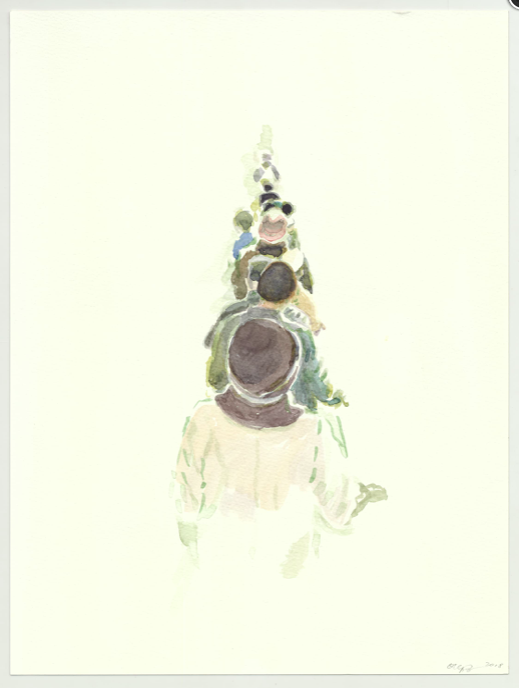 Visually, the exhibit of Moscow-based contemporary artist consists of three sections. The first is a series of watercolors capturing a row of commuters, riding up an escalator in their winter coats. Although the paintings are stripped of even the handrails, not to mention the vault-like ceilings, the setting is instantly recognizable to anyone having taken the Moscow or St. Petersburg metro. You can all but hear the mechanical rolling of the escalator. 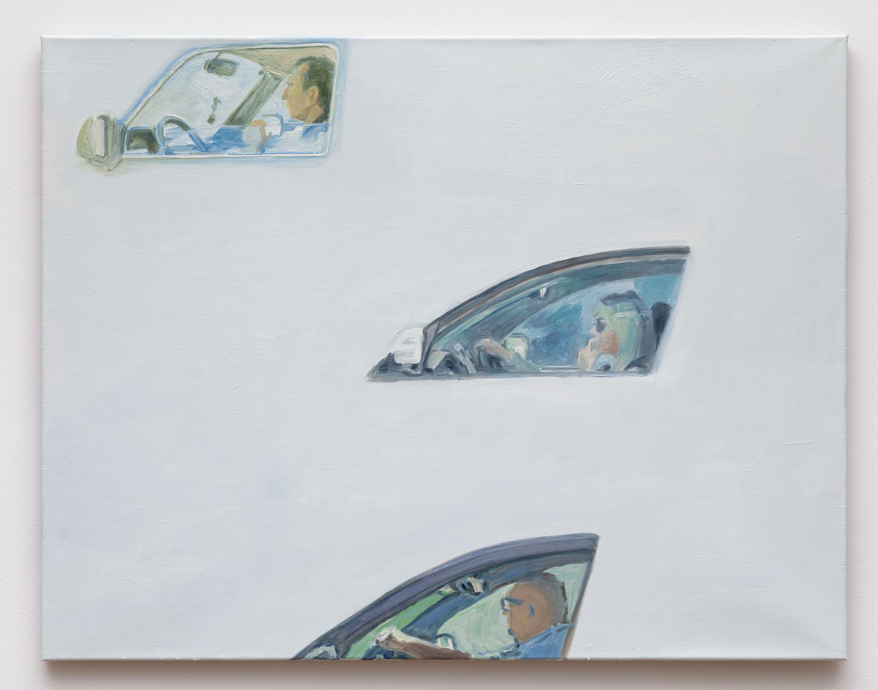 On the other side of the room, a series of canvases lined horizontally across the wall are understood to be cars, although the driver’s window and the front seat passengers visible through them are the only element actually painted. These windows float in the grey space of the canvas. The scene might be a light at an intersection or a traffic jam; we are not given those details. Many of the windows are painted with detailed thin strokes, but the faces are impasto, oily gestures. 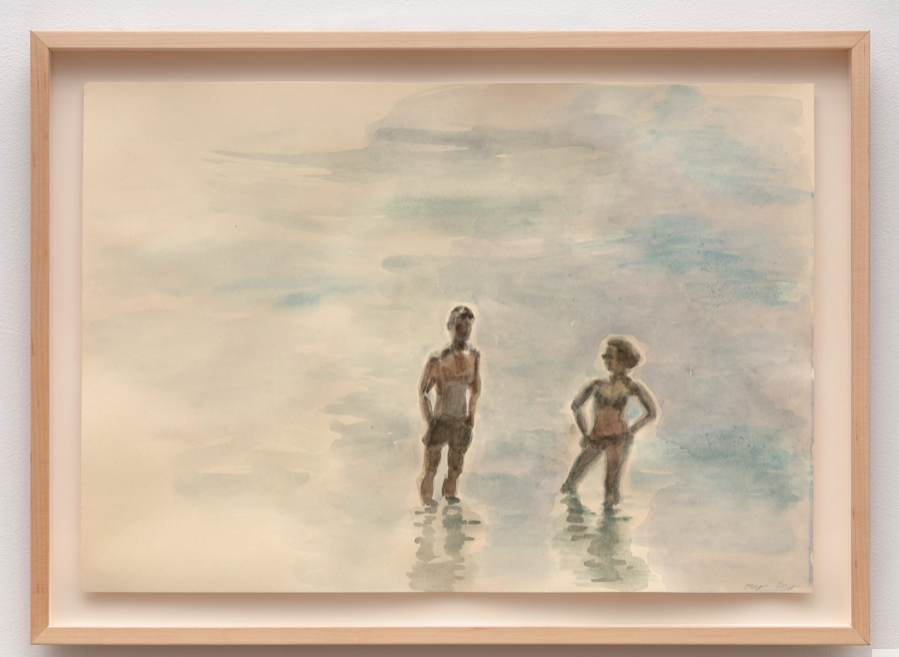 The third series of images is of figures wading in the shallows of the Moscow River. As with the figure in the car, there is not much detail in the depiction of the people. Standing in clusters of two are three, sometimes alone, they feel lost in the expanse of the water, represented by greens and grey rubs on the canvas.

In Autoradio, every distraction is stripped away and all that is left for our attention is the people. But with their backs turned, or only figures visible, they are completely anonymous. What an awkward paradox: we know and understand the things that are implied—the vestibule of the metro, the murky water of the river, the concrete of the street—yet what we see we do not know. People: the thing that matters most is the thing we don’t take the time to understand. 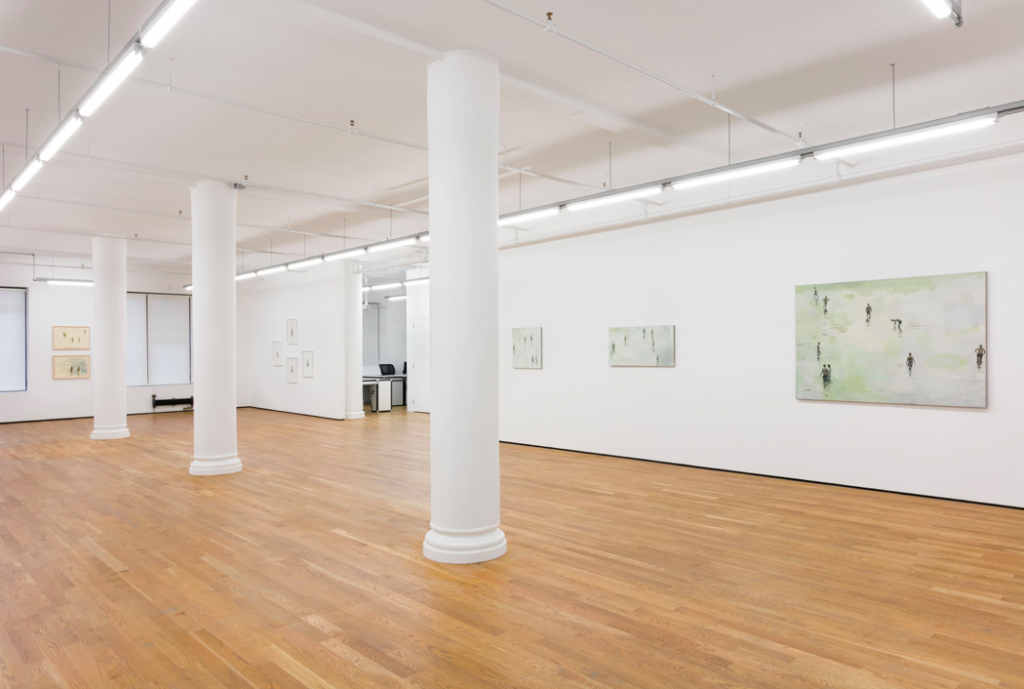 In the end, Chernysheva’s point felt obvious, but also necessary. Yes, you are not “alone” when you are in a traffic jam or cooling off in a river with hundreds of others. You are never physically “alone” in the public spaces of the city. But even though it feels too obvious to even write, we don’t have to be alone to be lonely, we still have no idea what city-life means.