The Romanoffs: What is the Legacy?

What makes the royal name an object of our fascination is not simply the golden embroidered clothes or the heavy jeweled crowns, but the complex dynamic of their lives. For better or worse, royal families are symbols of power and have impact. But choosing to ignore the institution of the royal name, Amazon’s new original series The Romanoffs puts itself in a bind. What legacy is there left to live out for the Romanoffs of the 21stcentury? Their ancestors were murdered by the Bolsheviks in the wake of a revolution, and the monarchical structure of Russia was destroyed.

Premiering on October 12, the anthology series consists of an hour to hour and a half long episodes. Each episode features the story of a “descendant” of the royal family and embraces a variety of genres. In the first episode we meet a self-absorbed elderly French woman, Anushka (Marhe Keller). Unwilling to die, she is full of fear that her “royal” apartment will fall to the hands of her nephew’s girlfriend, who has no interest in continuing the royal line. Episode two, “The Royal We,” tells the story of an unhappy Romanoff marriage in the American suburbs. Episode three features a passionate, possessed, or maybe just crazy director filming a historical series about the Romanoffs in Austria. And episode four, “Expectation,” non-directly addresses the honor of preserving the royal line in New York City. 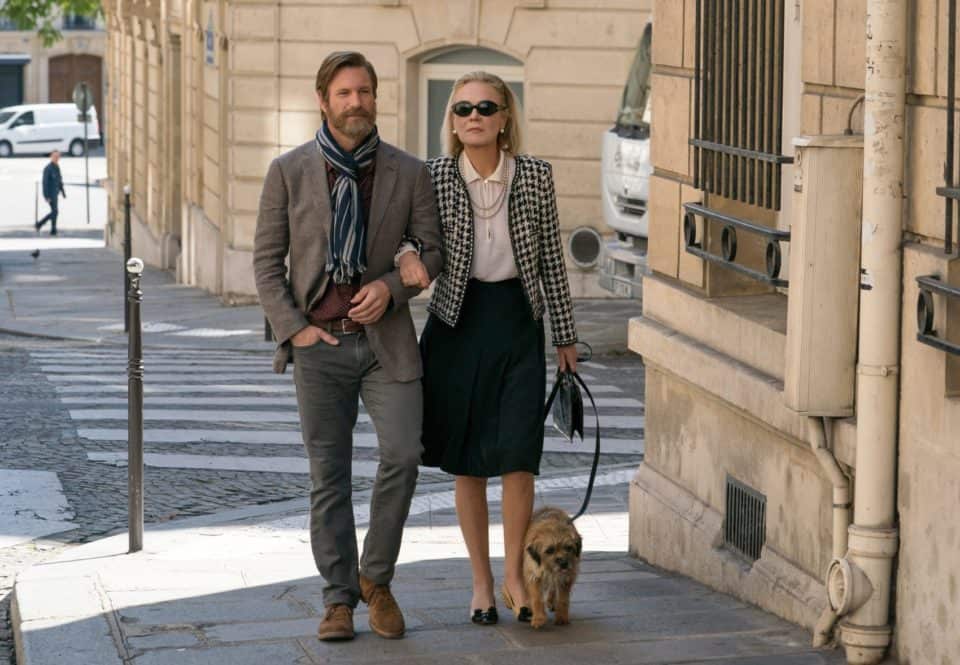 Half-way through the series with four episodes out and four more to come, the show inadvertently pokes fun at the Russian royal name more often than bringing interesting, not to mention thought-provoking stories we might expect after Weiner’s widely acclaimed TV show Mad Men. It leaves us asking: is there anything to gain here?

“I think I finally understand why you are the way you are and that it’s not your fault,” says, Shelley Romanoff (Kerry Bishé) from episode two sitting next to her husband, a Romanoff by birth, during couple’s therapy. It’s the fault of the name he bears, she explains. In this scene, Shelley touches on the only common thread of the show: over a hundred years later there is still some odd weight to the royal name felt by those who bear it all around the world.

But the show never really explains itself. It kind of wants to address royal-weight ideas, but also wants to have a good plot independent of the Romanoff angle. The result is unsatisfying. Neither is done well.

Netflix’sThe Crown (2016-) is another recent TVshow dealing with royalty of the last century. There is much meditation throughout The Crown on the compromises one must make to govern well. In the season one finale the title character of the show, Queen Elizabeth II (Claire Foy), calls the Duke of Windsor (Alex Jennings), in a moment of distress. Her uncle’s input is not uplifting, bur rather a peculiar diagnosis of her position.  “[You are a] strange hybrid creature…like a sphinx or gamayun,” he says. “As I am ganesha or minotaur. Two sides within us, human and crown, engaged in a fearful civil war, which never ends and blights our every human transaction as brother, husband, sister, wife, lover… I will always be half king.” The characters of The Romanoffs are not carrying the weight of a crown. But are they still half kings or half queens?  What is it that they carry? But most importantly, is worth our time to pay attention to it and try to figure it out? Maybe not. 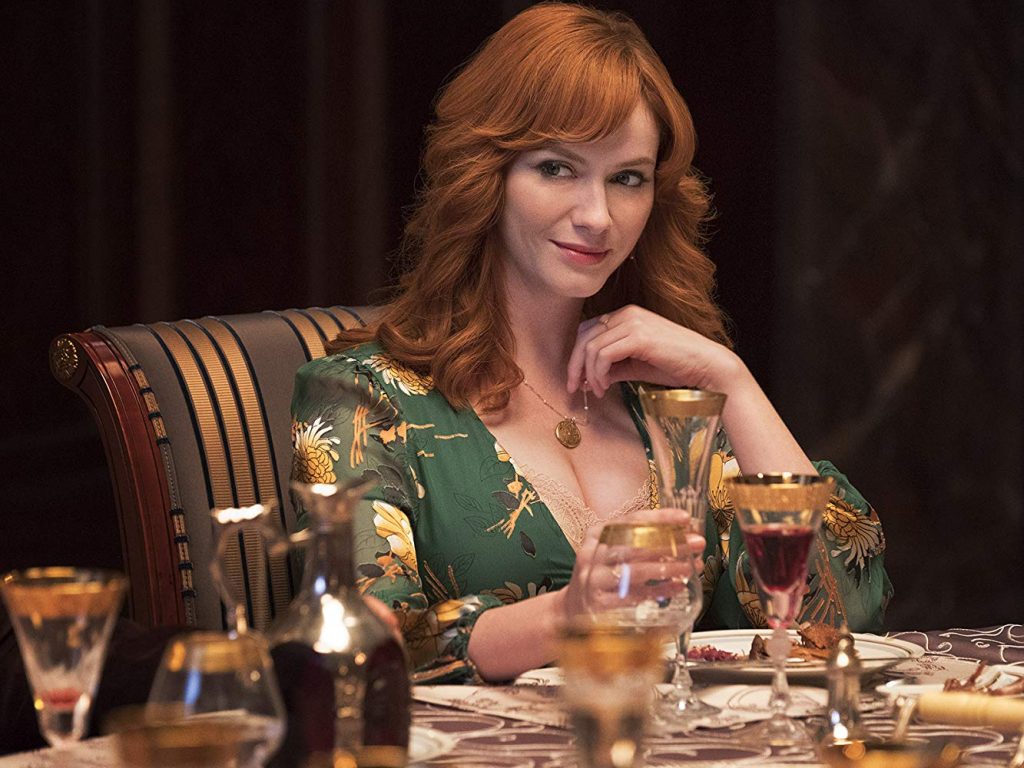 Christina Hendricks in The Romanoffs

The name without responsibility, the inability to live up to the legacy, or the misunderstanding of what that legacy is leaves emptiness. And empty is the best way to describe The Romanoffs.