THE RETURN OF THE RUSSIAN LEVIATHAN

Join Puhskin House on Tuesday, 23 June at 6pm online for an evening with Sergei Medvedev whose book ‘The Return of the Russian Leviathan’ has been shortlisted for the Pushkin House Book Prize 2020. Sergei will be in conversation with Richard Wright, one of the 2020 Prize judges. The conversation will take place online (Zoom). Tickets are available now for a donation. 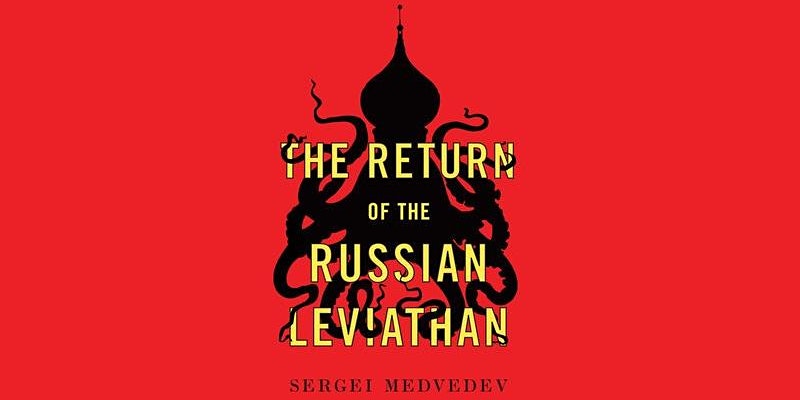 “The Return of the Russian Leviathan” by Sergei Medvedev

Russia’s relationship with its neighbours and with the West has worsened dramatically in recent years. Under Vladimir Putin’s leadership, the country has annexed Crimea, begun a war in Eastern Ukraine, used chemical weapons on the streets of the UK and created an army of Internet trolls to meddle in the US presidential elections. How should we understand this apparent relapse into aggressive imperialism and militarism?

In this book, Sergei Medvedev argues that this new wave of Russian nationalism is the result of mentalities that have long been embedded within the Russian psyche. Whereas in the West, the turbulent social changes of the 1960s and a rising awareness of the legacy of colonialism have modernized attitudes, Russia has been stymied by an enduring sense of superiority over its neighbours alongside a painful nostalgia for empire. It is this infantilized and irrational worldview that Putin and others have exploited, as seen most clearly in Russia’s recent foreign policy decisions, including the annexation of Crimea.

This sharp and insightful book, full of irony and humour, shows how the archaic forces of imperial revanchism have been brought back to life, shaking Russian society and threatening the outside world. It will be of great interest to anyone trying to understand the forces shaping Russian politics and society today.

The Return of the Russian Leviathan is published by Wiley in the US and Polity in the UK and was translated into English by Stephen Dalziel.

‘This is the best treatise on contemporary Russia since John Reed’s pamphlet that shook the world one hundred years ago. Moving from the endangered Arctic to the occupied Crimea and from the politics of the body to memory wars, Medvedev reveals a political machine based on vanity, manipulation and fear of its own people. Broad-ranging in scope and mind-blowing in details, this book is a must for everyone who is concerned about Russia’s present and future.’ – Alexander Etkind, author of Internal Colonization: Russia’s Imperial Experience

‘Is Putin’s regime a Russian peculiarity or is it simply the Russian version of a global trend? Was it inevitable or was it accidental? If you are worried by these questions, read this passionately analytical book.’ – Ivan Krastev, Chairman, Centre for Liberal Strategies, Sofia

‘While there are many books about President Vladimir Putin’s Russia, there are few that nail its realities with the same combination of academic precision, acerbic wit and anger as this. Well-researched analysis might be expected of a professor of Moscow’s Higher School of Economics, but not necessarily the humour and passion that run through the striking work.’ – The Financial Times

‘Medvedev’s portrait of Russia is brilliant, wry and minutely observed — and, like its title, often bitterly ironic.’ – Times Literary Supplement

“As a portrait of the cultural moment and debunking of the Kremlin’s talking points, [this] book is brilliant.” – Los Angeles Review of Books

“A more astute, knowledgeable and eloquent guide is hard to imagine. Steeped in Russian culture and history, Mr. Medvedev is witty and sardonic in the laughter-through-tears (smekh skvoz slyozy) tradition of Russian literature. He draws on political sociology, linguistics and social psychology, yet his prose, even in translation, is sparkling.” – The Wall Street Journal

Sergei Medvedev is Professor in the Faculty of Social Sciences at the Higher School of Economics in Moscow. Previously, he worked at the Marshall Center for Security Studies in Germany, the Finnish Institute of International Affairs (Helsinki), the Stiftung Wissenschaft und Politik (Ebenhausen), the Istituto Affari Internazionali (Rome) and the Institute of Europe (Moscow). 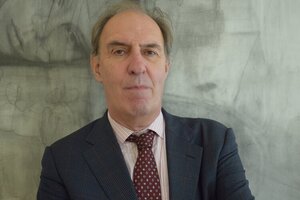 Richard Wright is a Visiting Research Fellow at King’s College London, and former EU Ambassador to the Russian Federation and Director of the UN Agency for Palestine refugees.