THE LIFE AND WORK OF SERGEI ESENIN

The Pushkin House invites you on 13 April to an online evening of readings in English and Russian to celebrate life and poetry of Sergei Esenin (1895-1925) and to commemorate David and Lyudmila Matthews. 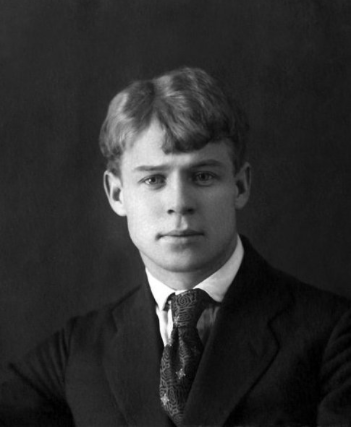 In his Wholly Esenin, an anthology of translations with commentary, the Australian translator Roger Pulvers argues that in his homeland Esenin is “the most popular modern Russian poet”. Not everyone would agree with that, but there is no doubt that Esenin occupies a special place in the affections of his compatriots. This is all the more noteworthy, given that for three decades after Esenin’s death his works were actually banned by Soviet cultural commissars.

People were even imprisoned for reciting Esenin’s poems – as, for example, was Vadim Tumanov in 1948. (Vadim Tumanov later became the USSR’s first ‘lawful’ millionaire.)

The Evening will be introduced by David Brummell. In his accompanying illustrated narrative he will give an overview of the key events in Esenin’s life and the key themes in his poetic work as reflected in the poems which will be read in the course of the Evening.

Why do we connect Esenin’s life and poetry with the names of David and Lyudmila Matthews?

Dr David Matthews and his wife, Dr Lyudmila Matthews, were both great admirers of the verse of Sergei Esenin. David translated many of Esenin’s poems and a selection of his translations will be read, along with the verse in the original. Lyudmila Matthews wrote an article in Ukrainian press about the circumstances of Esenin’s death. She also delivered a talk for the Great Britain-Russia Society on this subject in 2006. Lyudmila and David jointly delivered a talk on Esenin to the Pushkin Club in 2015. By holding this Evening in their memory, we are paying tribute to them both.

In the course of the Evening a total of 11 of Esenin’s poems will be read – in David and Lyudmila Matthews’ English translations – by Lucy Daniels (a former Co-Chairman of the Pushkin Club) and David Brummell, and Alla Gelich will recite them in the Russian original.

One of the poems will also be sung in Russian by Lila Moshtael, to violin accompaniment by Julian Milone. This will be “The golden grove has lost its power of speaking”// «Отговорила рощая золотая».