Earlier this year cellist, Julia Morneweg came across Kirsty Matheson’s challenge to create a painting every day for 100 days “100 Days of Music as Art”. Kirsty’s incredible talent inspired Julia to organise an exhibition of art works created by musicians during the COVID 19 pandemic. 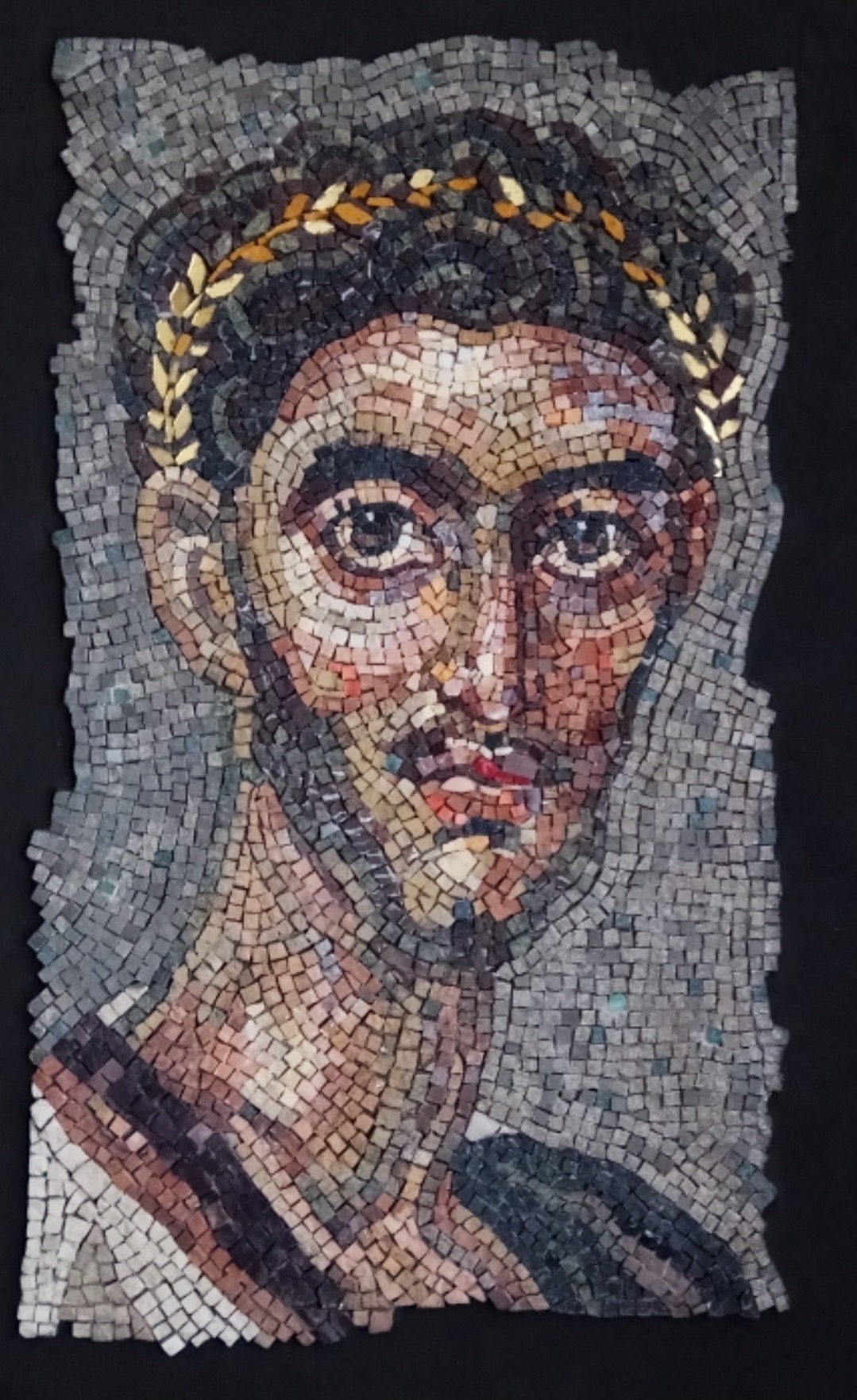 A mosaic by pianist Maria Golovkina who acknowledged that creating mosaics as well as iPad drawing helped her to get through quarantine.

The resulting Fermata exhibition will take place in Cuthbert’s, Earl’s Court, London on the 25-27 of June and will include art works made by Stephen Hough, Roger Vignoles, Elisaveta Blumina, and many others. In the run up to the exhibition our contributor Elena Toponogova shares interviews with eminent pianists who talk about their own experience as artist-musicians. 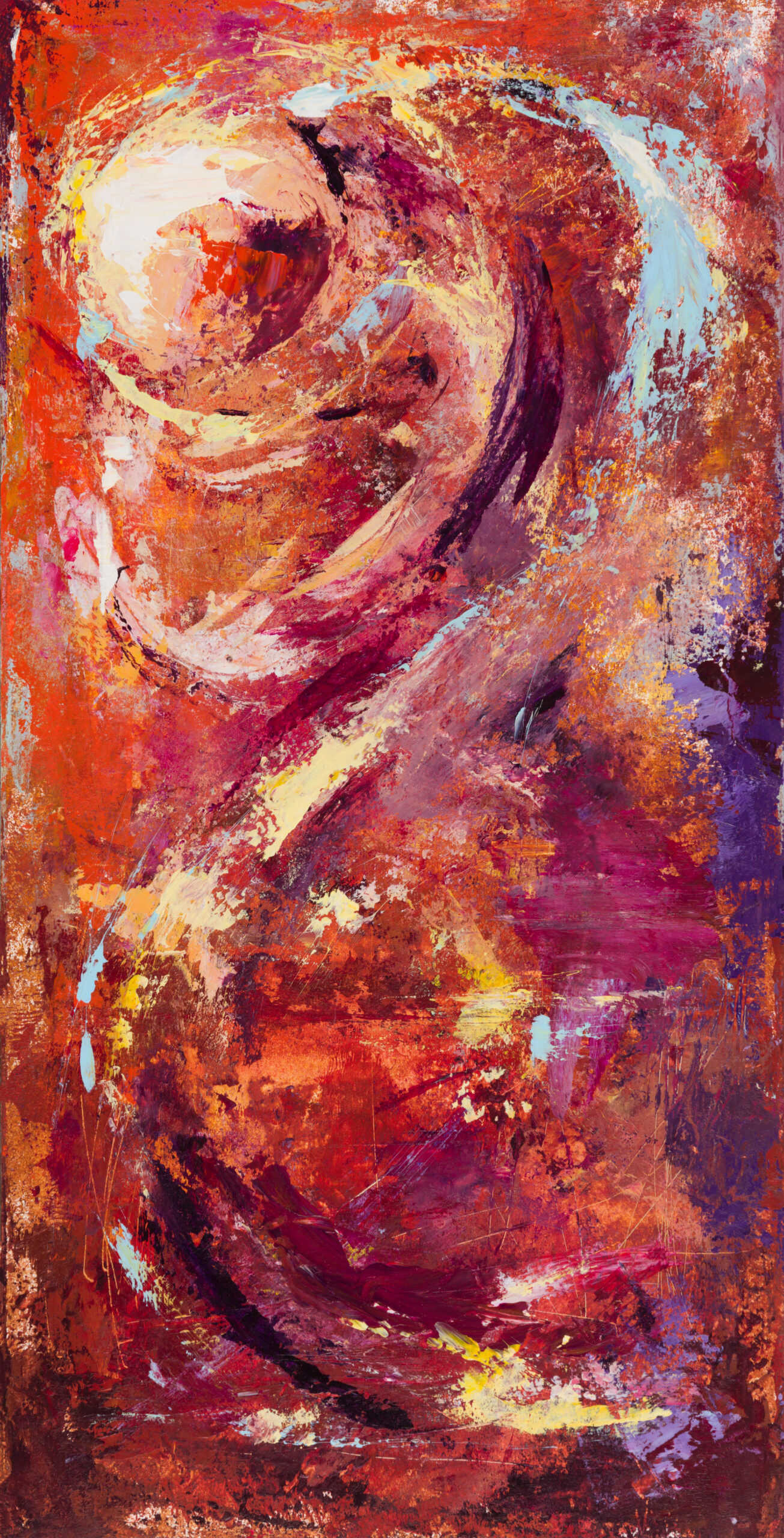 Elena Toponogova: You mentioned in one of your interviews that piano practice can be healing for you. Can painting have the same effect?

Elisaveta Blumina: I practice piano every day, open my soul to the instrument and come to it with all my problems and difficulties. When I don’t practice, I feel the day is lost. However, I can paint only when I’m in a good mood. Usually, if I don’t practise, I don’t paint either. It’s like two pieces of one puzzle. But I’m not sure I would go so far as to say painting can heal…

Elena Toponogova: If, as you say, every note matches a certain colour, can that change depending on which key we are in or what piece is being played?

Elisaveta Blumina: Yes, of course. It depends, whether we are in a minor or major key or what kind of harmony we have, but it has no relation to dynamics. For example the note ‘E’ is always yellow, but can change its shade from the notes that are next to it or nearby harmonies. I recently recorded a solo CD of Bach’s music. So, for example the French Suite in E major is in yellow shades for me. And during the recording I had a feeling that, while I was playing, the sun shone on me and I was in the middle of a field of sunflowers. 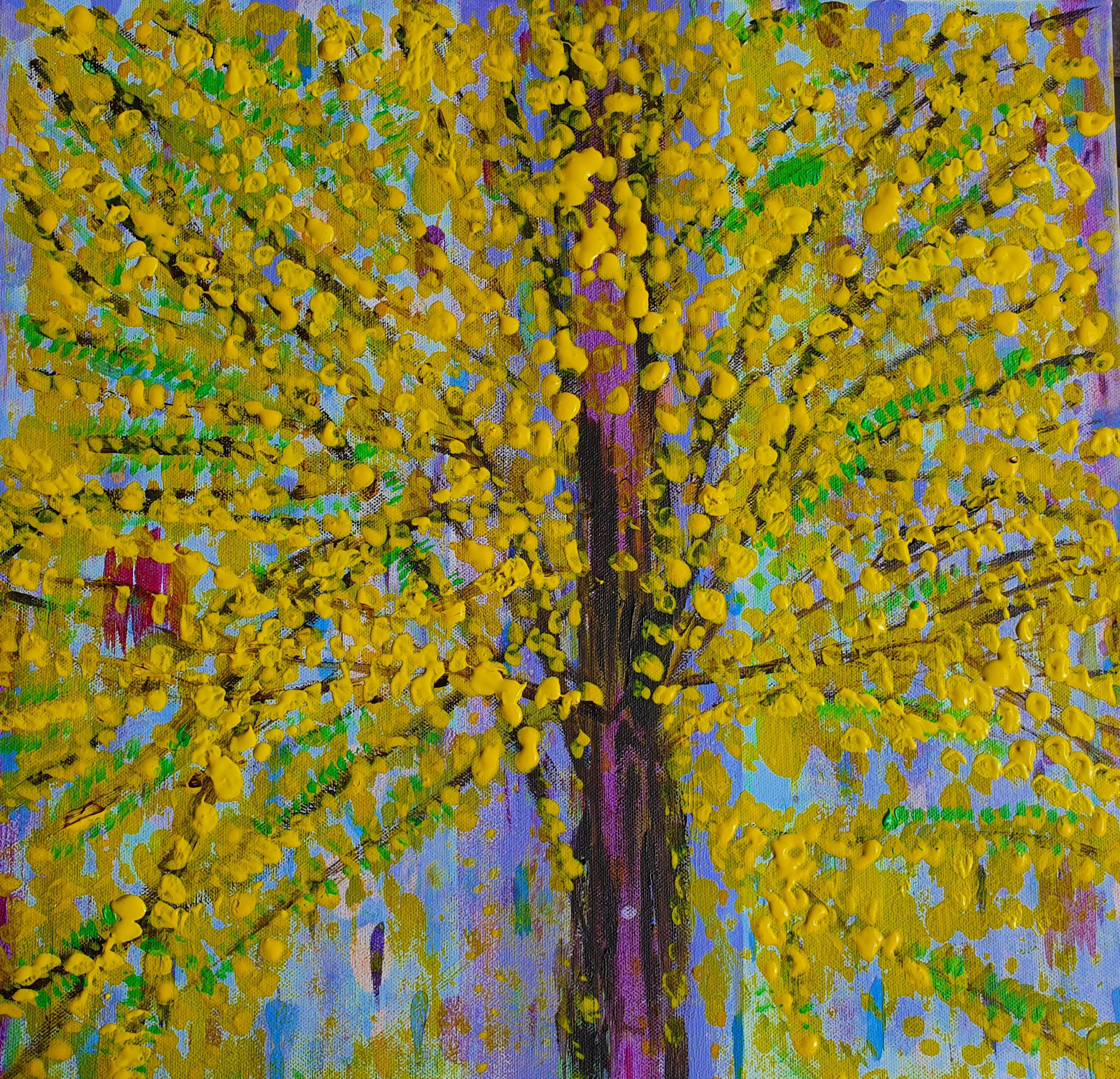 Elena Toponogova: You mentioned you know instinctively which one of your pictures is going to sell. Do you think the one you sent for the Fermata exhibition will find a buyer?

Elisaveta Blumina: Yes, I usually know which one is going to “bite”. I feel sometimes a picture can be beautiful, but lacks energy and it will not be sold. That said, I have been wrong more than once. After several repaintings, one of my pictures was almost on its way into the bin, but suddenly it was bought! It very much depends on whether I can attend the exhibition and talk to people about my art. I will not be able to attend this time so I will have to see if my picture is returned to me or if it will be sold.

Elena Toponogova:  Stephen, I felt your paintings (those I found on the internet) are full of energy and excitement. Can you describe your creative process? Is there much planning or preparation involved or is it always an unpredictable journey?

Stephen Hough: Those on the internet are mostly older pieces, but the mental process is still pretty much the same even if now I’m working with larger canvases and more liquid paint. Painting for me is like jazz, a feeling of freedom and of total improvisation: colour(s) as chords or riffs which I take off in directions which are even a surprise to me. I love that sense of the unhinged, the daring and so I don’t prepare anything. I can feel in advance a kind of thrill, as if a fire has been lit inside – and the matches to ignite that fire can come from simple energy, or from music, or from going to an exhibition. So I’m not painting #something i.e. some thing; my works are self-portraits of my mood, my inner life.

Elena Toponogova:  Who are your favourite artists? Who do you think has influenced your art the most?

Stephen Hough: I love all kinds of artists, including those whose work is outside or beyond my style. But most direct influences would be Hodgkin, Pollock and Gerhard Richter. I can find the colour world of some Expressionists (especially the Germans) inspiring even if the subject matter is different – representational.

Elena Toponogova:  Can sounds evoke certain colours in you? (Something similar to Scriabin’s bright yellow for the note ‘D’?

Stephen Hough: Actually not. The connections between music and painting for me come from texture (multi-layers) and abstract inner energy. So my works have more to do with the piano’s pedals than with its strings.

Elena Toponogova: Many musicians who are taking part in the Fermata exhibition say that painting saved them during lockdown; it became their main source of joy and an outlet for their creative energy. What role did art play for you in the last 12 months?

Stephen Hough:  This is the strange thing. I painted almost nothing during lockdown. It seemed like too much fun and I wanted to focus on certain work projects which I did intensely and virtually every day. I practised a lot and recorded several albums, but spent a huge amount of time composing and writing. Now I want to get back to painting and actually I bought a number of new paints only yesterday.

A picture by Stephen Hough

Elena Toponogova: Roger, Can you tell about your first painting experience?

Roger Vignoles: I’ve actually drawn and painted since I was a child, to such an extent that in my teens I thought I might become a visual artist of some sort rather than a musician. Once the piano took over, painting took a back seat, but in the last thirty years or so it has become more important again. I would describe myself as a Sunday watercolourist – I tend to paint on holiday and when away playing concerts. Using watercolours requires very intense looking, which is absorbing in itself, and the wonderful thing is when the brush begins to take over from the brain, and what goes on the paper is almost outside one’s conscious control.

Elena Toponogova: What inspires you to paint?

Roger Vignoles: I generally paint outdoors, it can be a landscape or a building, but most often what inspires me is something to do with the light; as in the main work I’ve entered in the exhibition. Every morning last April I would get up and look at the end of our garden lit from behind by the morning sun and think – how would I capture that? The first version got the shapes and the angles, but was too flat, so I did it again entirely concentrating on the contrasts of light and dark. In doing so I found I was making the paint itself speak as much as the drawing. I am also struck by how often one can observe such an effect, but a photograph can’t do it justice. In a painting however, you can filter out whatever distracts from the element that has drawn you to make the image in the first place.

Elena Toponogova:  What was the last artwork you saw that really moved you?

Roger Vignoles: I think it was one of Lucien Freud’s late self-portraits in an exhibition at the Royal Academy shortly before lockdown. While I am a huge admirer of Freud as a painter, I can’t say I like everything of his. But in this particular case, the way he had directed his uncompromisingly candid gaze at his own ageing features, I found intensely moving, and I think I must have sat in front of it for nearly half an hour. It was not unlike one’s feelings about Rembrandt’s late self-portraits. Speaking of which I am always moved when I think of Rembrandt’s painting of The Prodigal Son in St Petersburg, not least for having myself performed Benjamin Britten’s opera on the same subject in the little theatre of the Hermitage, not a hundred metres from the painting itself.

Elena Toponogova: Did you paint more than usual during lockdown? Do you think painting helped you to get through it?

Roger Vignoles: Actually I live not far from Hampstead Heath, and I spent a lot of lockdown guiltily thinking “Why am I not out on the heath painting every single day?” so I may not have done much more than I would have done anyway, but there is no doubt that what I did do gained something from the mental space created by lockdown, and from the lack of outside pressure. 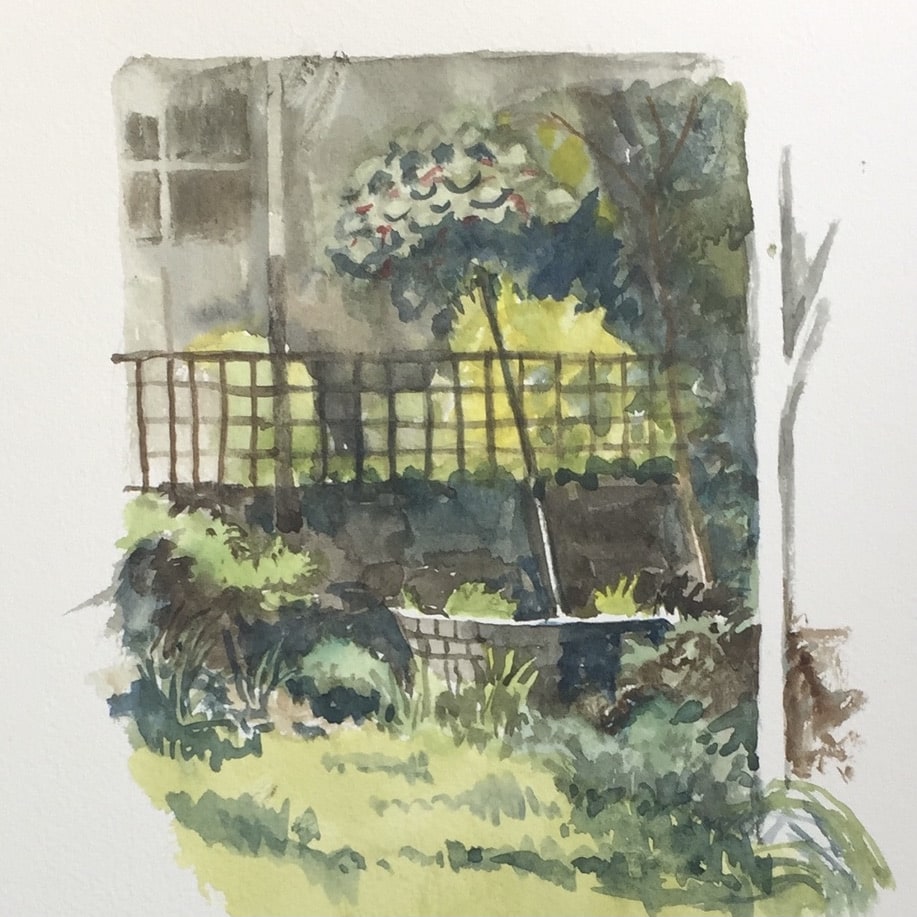 A picture by Roger Vignoles

Elena Toponogova: Ilya, how is the situation with live concerts in Finland?

Ilya Krughoff: Well, my last concert was in March 2020 and gatherings and celebrations are still not allowed. It would be fair to say that audiences here are made up in the most part of people in their 50s and over. It’s obvious that, even after the situation stabilizes, people will be cautious and will not return to concerts straight away as society here is very conservative.

Elena Toponogova: How did your life changed when pandemic started?

Ilya Krughoff: All my concert life was cancelled so learning new repertoire as well as painting softened the stress from the constantly changing situation around.

Elena Toponogova: Who are your favourite artists?

Ilya Krughoff: I like a wide range of artists from Dürer to Bakst; I like portraits and landscapes, graphics and abstract paintings. I try to depict clarity and pithiness of graphic artists of the past in my works. 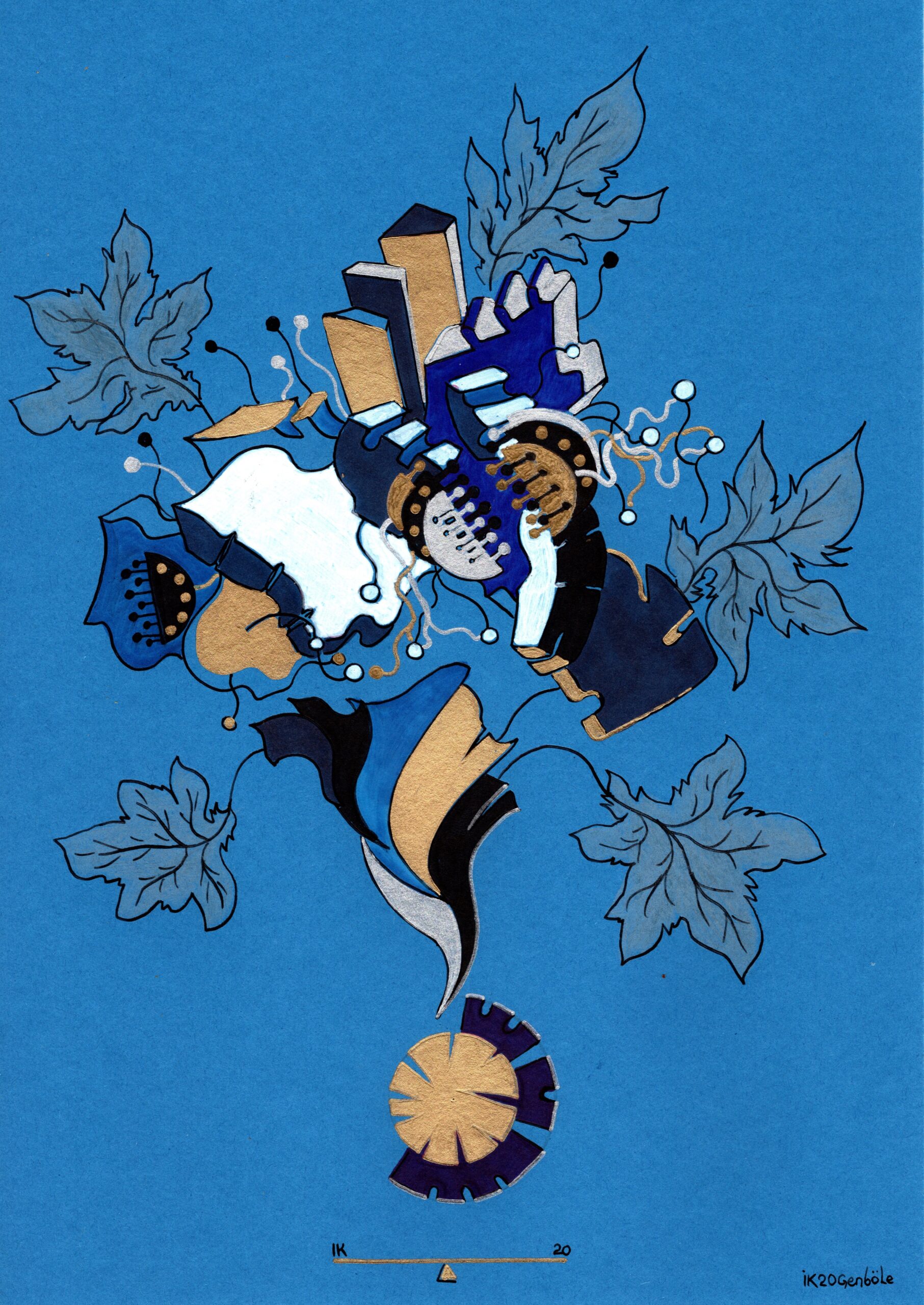 A picture by Ilya Krughoff 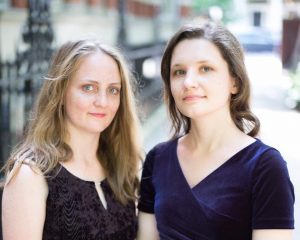 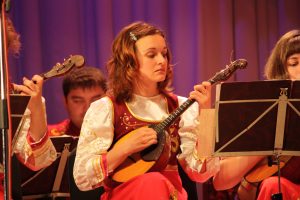 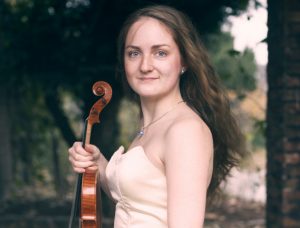 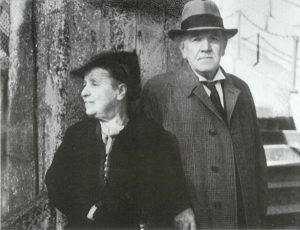