In early February 2020, Natalia Mali, British artist of Dagestani descent, was invited by the Museum of Makhachkala City History to create her newest versatile project in which she communicates with the urban landscape, reproducing her personal story in the form of body narrative. Many years later, Mali returns to her birthplace to reunite with her cultural memory. The selected locations are, in her view, a “historical matrix” of an almost forgotten city.

“The Energy of Survival. A Return” is an artistic project by Natalia Mali that consists of a series of urban interventions, live performances and video installations. It was developed in collaboration with the Museum of Makhachkala City History. 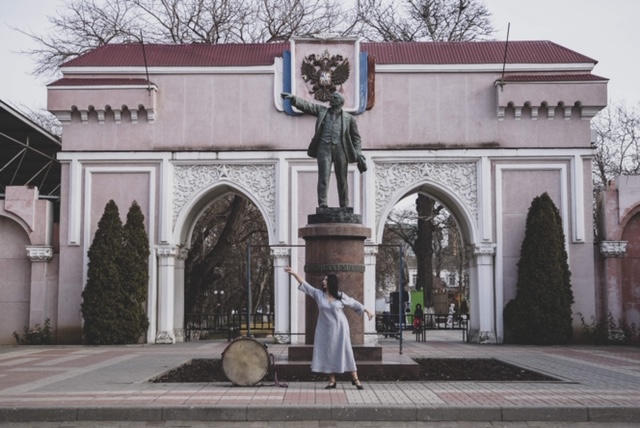 “Energy of Survival. A Return” by Natalia Mali

Touching the native, but already unrecognizable city with its modern injuries and its energy; “synchronizing” with the cultural memory of the ancient people of the Caucasus – through this the artist returns to the place of discontinuity and vulnerability. This becomes a strong sensory experience, a long-awaited, liberating embrace of a little girl, a strong woman, the city, the past and the present.

All of Natalia Mali’s urban interventions are documented on camera as stage performances and assembled into one video accompanied by music written especially for the project by renown composer Aziza Sadykova. This film will be presented during the opening of the exhibition, where the artist will perform live, performance created for the History Museum of Makhachkala City. 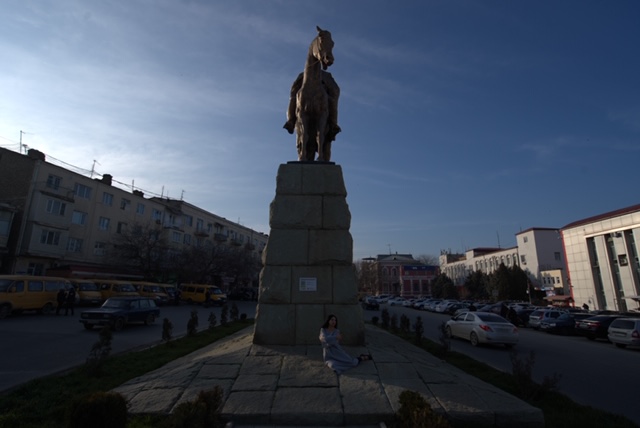 “Energy of Survival. A Return” by Natalia Mali

The format of the museum becomes one of the territories that the artist has chosen to exhibit, the one in which she survives. Presence, both real and virtual, is an important semantic component that combines video art, choreography and performance. Mali in her characteristic aesthetics creates a musical score for the dance, drawing a new “ornament” of her life with body language.

The personal story of the artist’s reunion with her homeland, a place of power is already woven into the history of art in the city of Makhachkala with streams of energy and love.

“The main drama of this project is the clash of two themes, although perhaps this time there will be more. A lot of topics have accumulated over time, especially when it comes to performing in the city and place of my origin, my historical motherland. This is the implementation of memory, the implementation of one’s own reality, and the conflict between memory and oblivion in addition to the gender prison, which is transmitted only with your genetic code.

When the Director of the Museum of Makhachkala City History, Zarema Dadaeva invited me with my solo performance at the museum, I immediately decided to go to bed. With dreams I am immersed into temporary oblivion and this is how I’ve come to love working in my dreams. My dreams are usually colorful, refined, ambiguous and sometimes dramatic. Very often they show me the plot of my new performance. This time, I dream of eagerly hugging a little girl. Hmm, I think, perhaps in my next performance I will be hugging myself. The little, untamed girl from Makhachkala, born on Kirova street. The one who was taken away by an old red Lada, having crammed her memory of the past into the trunk.

The Museum of the History of Makhachkala opened its doors in 2007 to mark the 150th anniversary of the city. This is one of the youngest museums in the Republic of Dagestan. Despite traditional museum practice, at the time of the opening the institution did not own a single artifact. For 13 years, museum staff have done a great job of identifying exhibits and replenishing collections, making the Makhachkala Museum the main and only guardian of the city’s urban history. The museum owns delicate art, objects of applied arts, items of archeology and the household, and modern art.