“It seems to me that letters are never entirely sincere. I judge at least by my own example. To whomever and for whatever purpose I write, I am always concerned with what impression my letter may make, and not on the recipient only, but on any chance reader as well.” 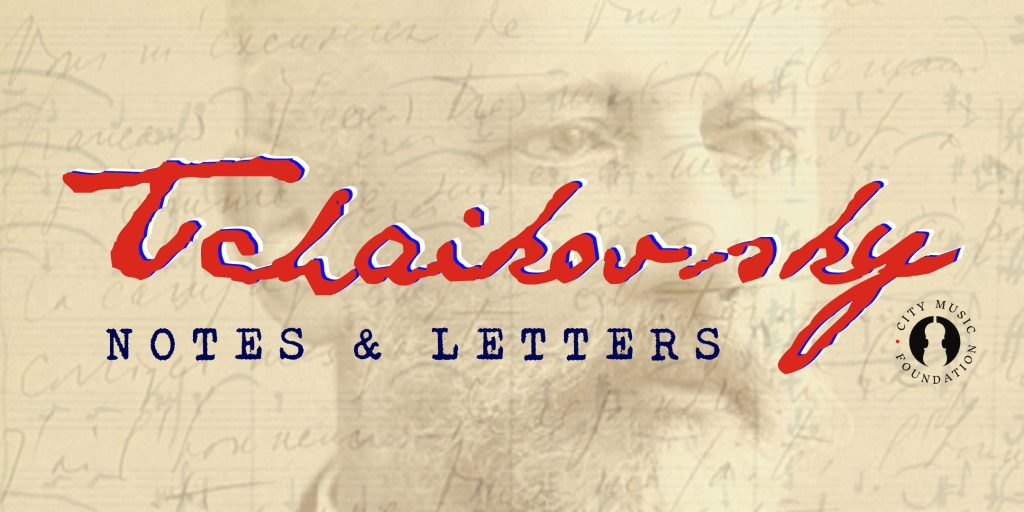 Alongside a rich catalogue of musical works, Tchaikovsky penned thousands of letters during his relatively short life. ‘Sincere’ or not, his correspondences – in particular those with his family and his patron Nadezdha von Meck (whom he never met!) – offer us his ‘chance readers’ a candid picture of an artist, one troubled by a brief and unsuitable marriage, by a life-long struggle with his sexuality, and by his art itself.

For one night only, actor Simon Callow, soprano Joan Rodgers, and pianist Roger Vignoles – three of City Music Foundation’s celebrated patrons – join to marry Tchaikovsky’s music and letters in an evening of entertainment at Guildhall Art Gallery in the City of London. The evening also includes Tchaikovsky’s searing string sextet Souvenir de Florence performed by an ensemble of CMF Artists.