Stefanovich begins a trilogy of recitals that explores the myriad ways that the piano sonata was embraced by different composers. 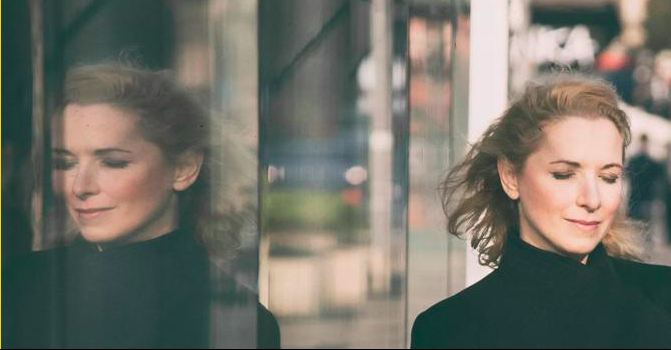 In this first recital, she shows how the sonata has been interpreted through the ages, demonstrating our deep connection to the form. Stefanovich conjures up the sparkle of Scarlatti and his pupil Soler, written at the Spanish court, and the elegant, improvisation-like music of CPE Bach. His father JS Bach’s substantial Sonata in A minor after Reincken is a transcription of a work by that older contemporary: its contrasting sections showcase styles that often inspired Bach in the decades ahead. The 20th century brings vivid contrast.

First there is Busoni’s experimental, forward-thinking language in his Sonatina Secunda of 1912, and then Charles Ives’ concentrated and groundbreaking take on the same form in his rarely heard Three-Page Sonata.

In the second of her three recitals, the pianist uncovers the dialogue between Baroque sonatas and three substantial yet rarely performed 20th-century works. Renowned for her fresh, eclectic and inquisitive approach to programming, Tamara Stefanovich is devoting three recitals in one day to exploring sonatas from the 18th and 20th centuries.

In this second concert, she contrasts the intriguing and labyrinthine Baroque writing of Scarlatti and Soler with three giants of the early 20th century. First comes music by Bartók, in which the composer characteristically mingles concise yet idiosyncratic language with explosive rhythms. Hanns Eisler’s Piano Sonata No.1 was the German composer’s very first opus and is full of highly structured yet rhapsodic writing for the piano. Finally, Stefanovich performs Hindemith’s neo-classical Piano Sonata No.3. It’s a striking work modelled on the grand-scale sonata structures of Beethoven, bringing them soundly up to date for the modernist era.

In her final recital for this trilogy of exploration, Tamara Stefanovich contrasts music by Scarlatti and Soler with four intense and mystical 20th-century sonatas.

Scriabin’s Sonata No.9, though brief, evokes such darkness and ferocity that it was nicknamed Black Mass, giving the alchemical sensation of sound transcending into different realms. Roslavets presents his performer with a huge challenge in his Piano Sonata No.2, a single movement that stretches the form. Janáček’s only piano sonata, in two movements, was inspired by the tragic death of a young protestor, shot during a street demonstration in 1905, and conveys utmost loss and despair. Stefanovich closes with the hyper-expressive Sonata No.6 of 1988 by Galina Ustvolskaya, the Russian composer whose extreme, sometimes violent voice reinvents musical expressions.