Crouch End Festival Chorus sings you through ambitious music of the changing 20th century, from Glass, Stravinsky and Ives.

Itaipú (1980) was one of the pieces Glass dubbed his ‘portraits of nature,’ alongside The Light and The Canyon. 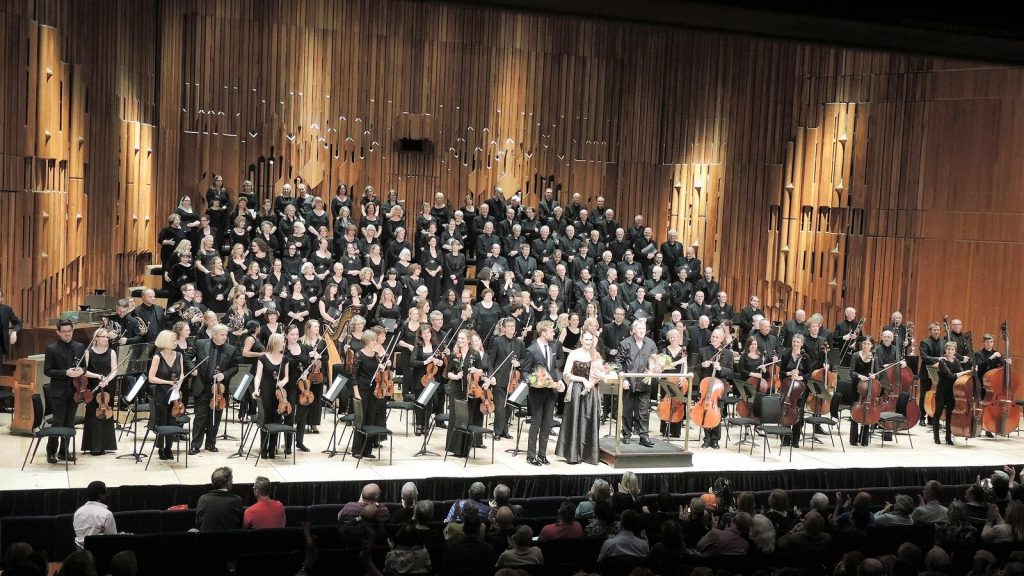 The symphonic cantata also responds to a technological marvel, the massive hydro-electric dam that was then taking shape at Itaipú on the Paraná River, which forms the border between Brazil and Paraguay.

Stravinsky’s Symphony of Psalms was written in response to a commission from Serge Koussevitzky for a work marking the 50th anniversary of the Boston Symphony Orchestra in 1930. Stravinsky’s publisher requested something ‘popular’, so the composer chose to set three ‘universally admired’ psalms. His work, in which chorus and orchestra are treated as complete equals, is unsentimental but emotionally charged.