Nicholas Collon and the Aurora Orchestra’s from-memory performances have become a thrilling recent fixture of the Proms. Now, following symphonies by Beethoven, Brahms, Shostakovich and Berlioz, they tackle their most audacious challenge yet: a complete performance of the colourful 1945 suite from Stravinsky’s ballet The Firebird. Russian fairy tales and folk melodies collide with Stravinsky’s bold musical modernism to create a memorable score. 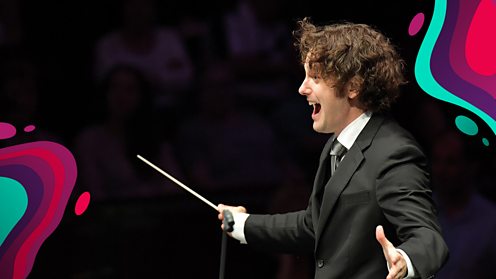 Radio 3 presenter Tom Service introduces the work from the stage, exploring its textures and themes and dismantling its intricate musical narrative with the help of Collon and his musicians. The concert opens with another Russian classic: Rachmaninov’s virtuosic Rhapsody on a Theme of Paganini, with former BBC Radio 3 New Generation Artist Pavel Kolesnikov as soloist.

Sergey Rachmaninov, Rhapsody on a Theme of Paganini (23 mins)