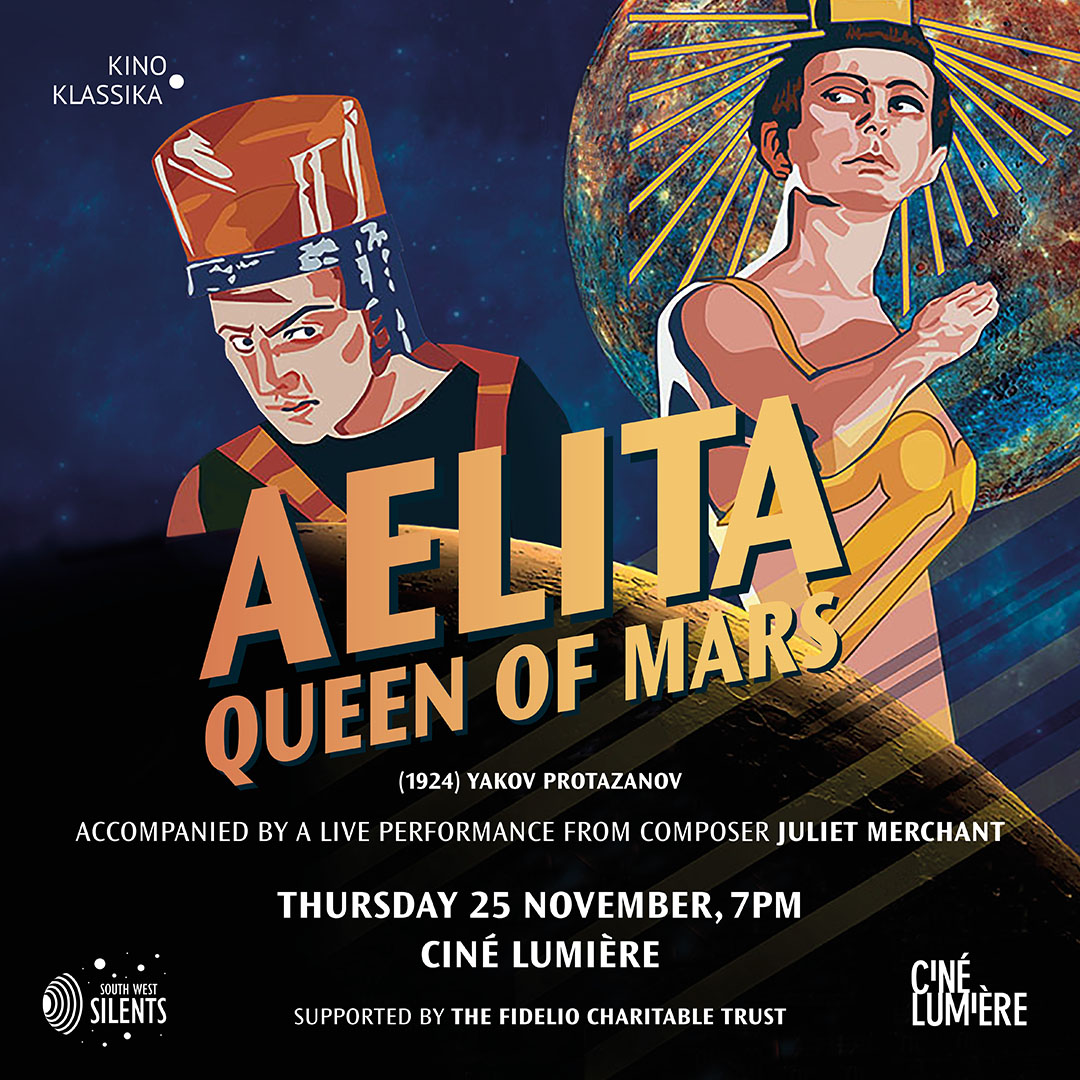 The Film “Anta Odeli Uta”. This cryptic wireless message, broadcast around the world, is the spark for interplanetary romance and revolution in Yakov Protazanov’s hugely influential sci-fi extravaganza. Tormented by the notion that the signal is coming from Mars, engineer Los embarks on a journey into the unknown that sees him woo the Martian queen Aelita – fiercely portrayed by iconic director Yuliya Solntseva – and lead an uprising against the planet’s corrupt rulers. Reality and fantasy, revolutionary zeal, and bitter jealousy mix in this extraordinary film, whose impressive constructivist production design by Aleksandra Ekster has been a reference point for countless sci-fi films since. 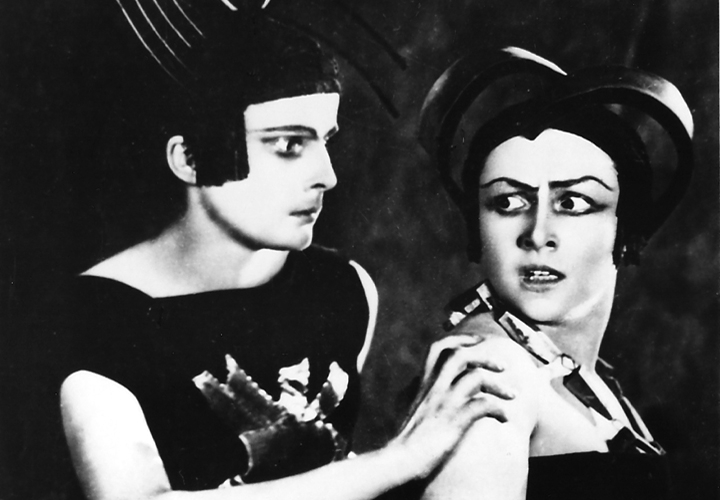 “Aelita – Queen of Mars”, shot from the film ©Kinoklasski

The Composer Juliet Merchant is an emerging composer and classically trained pianist who has written for television, film and online platforms. She was signed by the label EMI in 2019, and her music can be seen on BBC, ITV and various international films. Juliet works in both classical and electronic styles that come together as an eclectic hybrid to create intriguing, powerful music. Her thrilling new score to accompany Aelita brings new life to Protazanov’s futuristic vision. 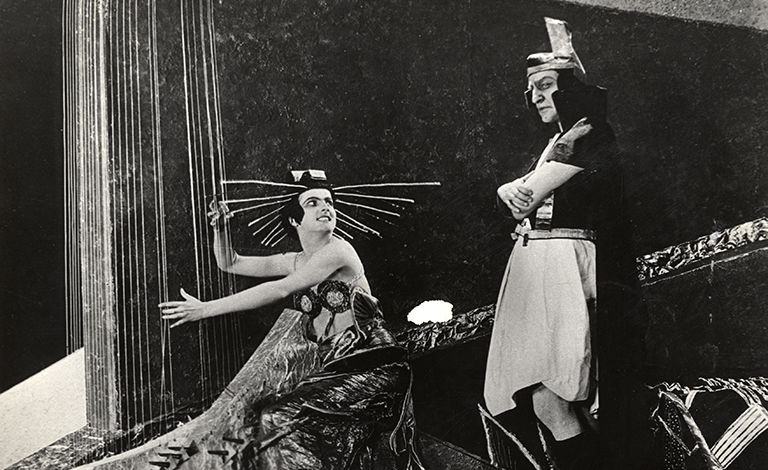 Juliet herself says about the project: “Working with Klassiki to create a new score for Aelita is a special opportunity. I will be exploring electronic aspects of composition to create an ethereal and otherworldly effect, which certainly suits the story of a young radio engineer who falls in love with the Queen of Mars. Like with all my silent scoring, I will add accents to the humour to make the film accessible and entertaining to all audiences. Previous scores for the film tend to use music from three male composers: Alexander Skryabin, Igor Stravinsky and Alexander Glazunov. I want to bring a more gender-balanced approach to the score of film, and as a woman, I am excited to emphasise the grandeur and power of the Queen of Mars. I am beyond thrilled about this opportunity to show the film in a new light!”