This series of vignettes transports viewers to the literary world of the Siberian-born writer and filmmaker who was renowned for depicting ordinary people as flawed but heroic. Filled with earthy, human and love-struck characters navigating their way through life in the Soviet Union of the 1970s, the show sees an eight-strong ensemble act, sing, clown and dance as they take on multiple roles with tenderness and wit. 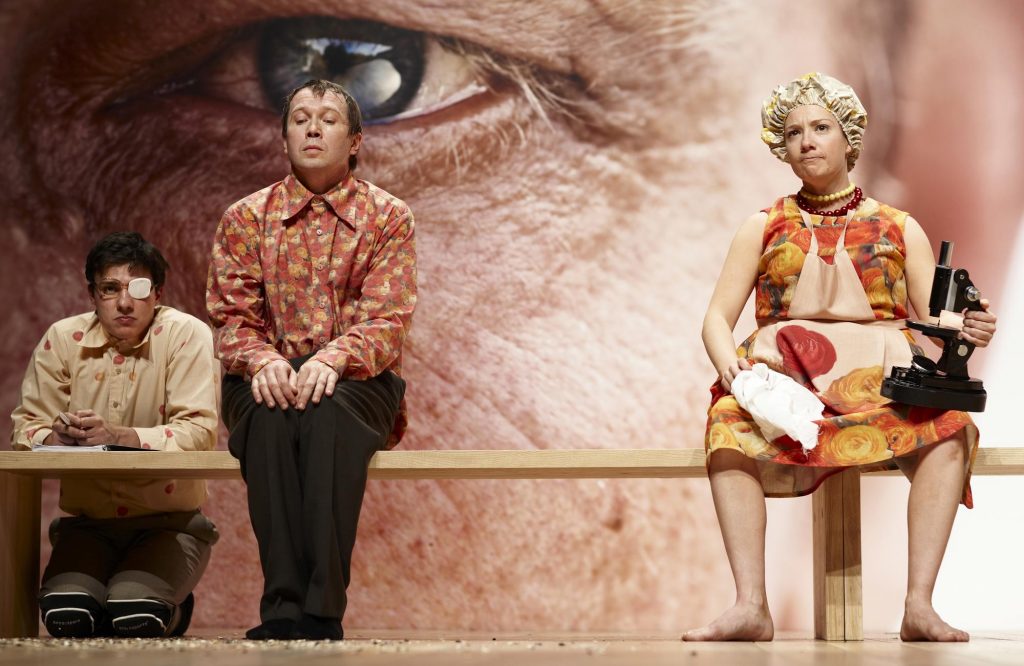 Latvian Alvis Hermanis directs the Golden Mask Award-winning production; its set design includes a changing backdrop of photos showing the author’s home village today. Shukshin’s Stories is one of two big hits by Theatre of Nations presented in the autumn. The Moscow-based company comes to our stage following popular visits by Pushkin and Vakhtangov Theatres, all of whom have performed Russian texts in their original language.