Screening of musical Cossacks of Kuban 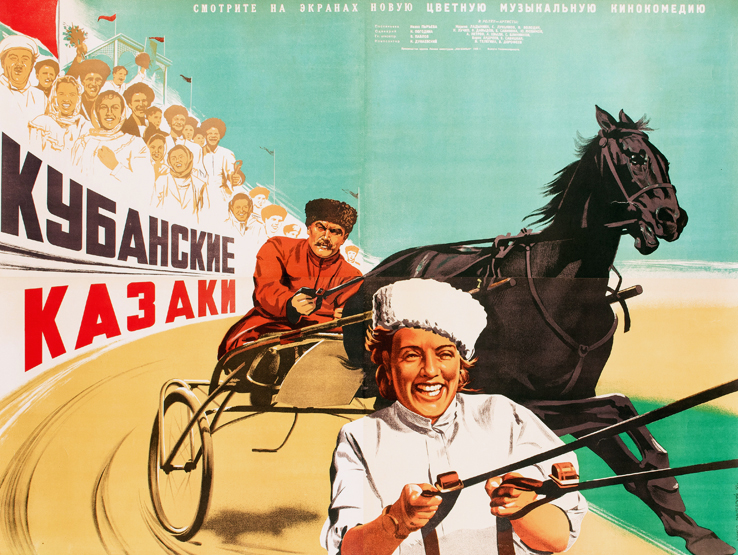 Kino Klassika Foundation is hosting a rare screening of musical Cossacks of the Kuban (1949) on the 14th of October at 20.30 in partnership with the BFI. The film is part of the BFI’s Musicals! season, celebrating the greatest musicals of all time, as well as introducing our season Melodia! Discovering Musicals from Russia and the Caucasus. Cossacks is a rarely screened classic, which, drawing heavily from Hollywood musical traditions, reinvents the story of Romeo and Juliet by setting it on a collective farm. With gorgeous music from famed composer Isaac Dunayevsky, and using the traditions and dress of the Cossacks to vibrant effect, it is essentially a fairytale about the abundance of Soviet life, something for which it has been later and fairly criticised. 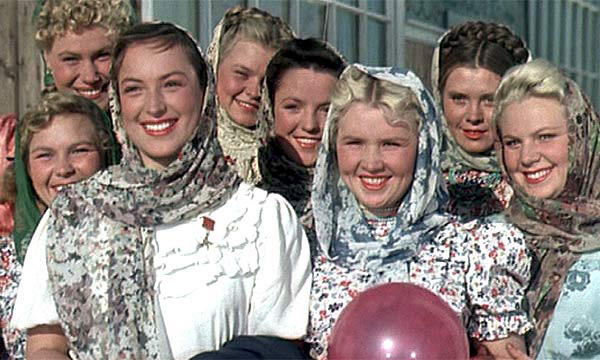 Undiscovered musicals from Russia and the Caucasus

Kino Klassika Foundation, in collaboration with the BFI (British Film Institute) and Institut Français of the United Kingdom presents a season of screenings of Soviet and Russian musicals in London and nationwide. This season continues Kino Klassika’s longstanding undertaking to showcase classics of the Soviet, Russian and Caucasian musical traditions. Two special screenings of famous Soviet propaganda musical COSSACKS OF THE KUBAN (1949) will take place at the BFI Southbank in London in October 2019. The main programme will take place in January 2020 at the Ciné Lumière, London, Watershed Cinema, Bristol and other selected cinemas nationwide. The season includes some of the region’s most iconic and controversial titles and is part of the BFI’s major celebration of film musicals BFI MUSICALS: THE GREATEST SHOW ON SCREEN, at venues across the UK from October 2019 to January 2020.

Melodia! celebrates the diversity and complexity of Soviet, Russian and Caucasian musicals. It gives UK audiences the unique opportunity to explore this undiscovered musical heritage in the context of the main BFI’s major celebration of film musicals. Highlights of the season include: COSSACKS OF THE KUBAN (1949) with numbers from famed composer Isaac Dunaevsky and mythologising Soviet prosperity and CHERYOMUSHKI (1963), based on Dmitri Shostakovich‘s operetta of the same name exploring housing shortages in Moscow in the 1950s. It also comprises beloved Soviet classics, such as Eldar Ryazanov’s CARNIVAL NIGHT (1956) alongside HIPSTERS (2008), an optimistic rethinking of Soviet counter-culture of the 1950s, and LETO (2018), directed by recently detained director Kirill Serebryannikov, expemplifying a controversial new nostalgia towards the Perestroika spirit of freedom. 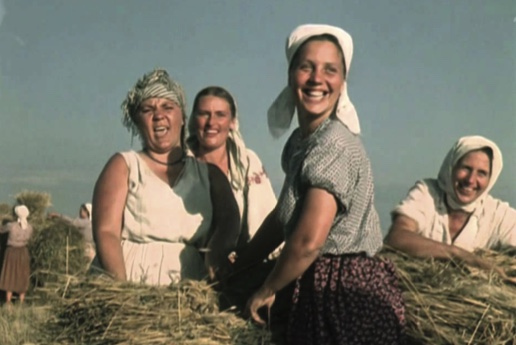 Dir. Ivan Pyryev Accompanied by Isaac Dunaevsky’s brilliant music score, this artefact of glorification of the Soviet way of life was still heavily edited due to Stalinist censorship.

Dir. Eldar Ryazanov A masterful parody of the Soviet top-down bureaucracy, Carnival Night satirises the newly appointed Director of the House of Culture Igor Ilyinsky who threatens the spontaneous festivity plans of his co-workers.

Dir. Herbert Rappaport This adaptation of Dmitri Shostakovich operetta both subtly criticises and celebrates Soviet life, once again raising the question of whether Shostakovich was a dissident or an ideologue.

Dir. Arman Manaryan Performed in Armenian and based on Tigran Chukhajyan’s operetta, this adaptation is a vivid example of the often overlooked diversity of Soviet cultural landscape.

Dir. Giorgi Shengelaia The film extols the Soviet virtues of socialism and hard work but the dances and music are distinctly Georgian. Released at a time of extreme corruption in Georgia, it is possible to see the political subtext of the film through its parody of unjust officials.

Dir. Karen Shakhnazarov This film casts an eye back to the jazz’s beginnings in 1920s USSR. Released into the harsh economic reality of the 1980s, it is an example of the loosening of censorship in the late Soviet film.

A Man from the Boulevard des Capucines (1987)

Dir. Alla Surikova This red western acts as an exploration into the nature of cinema. The film lovingly plays with devices of American cinema, whilst condemning the culture.

Dir. Valery Todorovsky Todorovsky’s musical provides a contemporary view on the ‘Stilgyagi’ counter-culture (parallel to the Beat Generation). A melange of 1950s music with contemporary score, this eclectic film contextualises Russian musical tradition within its Soviet past.

Dir. Kirill Serebryannikov Kirill Serebrennikov’s film is a foray into Leningrad’s 1980’s music scene. Depicting real cult figures from the time, and showcasing a nostalgia for the time’s epoch, it explores Western music’s impact on the underground scene.

Major past projects include film seasons YOUTH ON THE MARCH: THE RISE OF THE SOVIET NEW WAVE (May to June 2018), A WORLD TO WIN: A CENTURY OF REVOLUTION ON SCREEN (February to October 2017), both held at the Regent Street Cinema. Kino Klassika also organised the three-year EISENSTEIN PROGRAMME, comprising a series of lectures on Soviet filmmaking, a publication of the coffee table book EISENSTEIN: WORKS ON PAPER in collaboration with Thames & Hudson, and culminating in our landmark screening of Eisenstein’s OCTOBER to mark the centenary of the 1917 Revolution.