On 12 March 2021, at 19.30 GMT, Klassiki, the world’s first ever video-on-demand (VOD) platform dedicated to classic cinema from Russia and the region will premiere Russian silent comedy favourite Girl with a Hatbox (1926) accompanied by a thrilling new score by up-and-coming female composer Juliet Merchant. Juliet will introduce the film live before the screening. 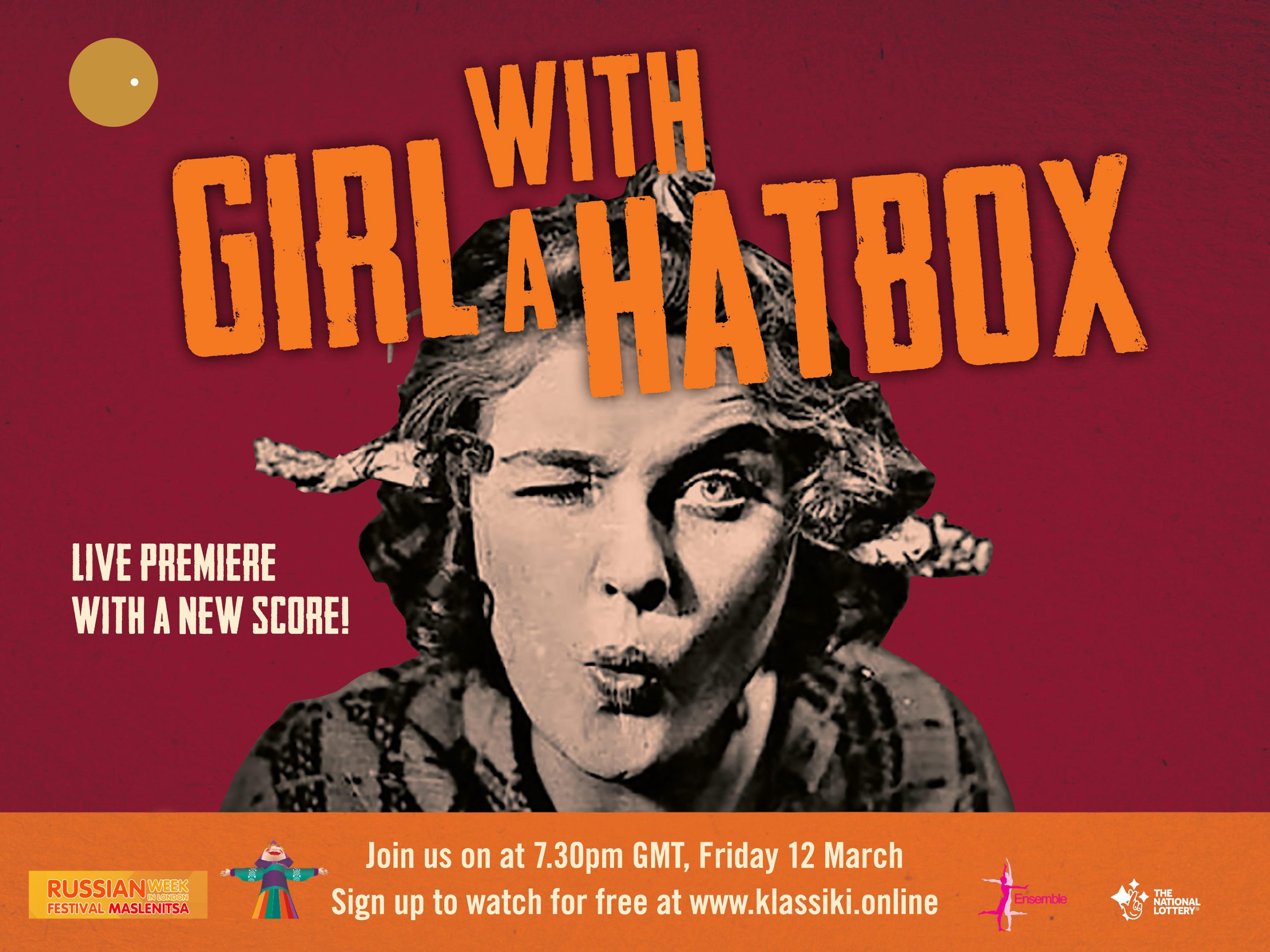 Girl with a Hatbox, @Klassiki

This charming take on the age-old comedic fable, the marriage bargain, gets a mischievous retelling in Boris Barnet’s 1926 silent film classic. Natasha, a milliner from a village outside of Moscow, travels to the capital every day to sell hats. En route to the city, she meets student Ilya, and realises he has no home to go back to. Girl with a Hatbox celebrates the triumph of youthful sincerity over greed and dishonesty with a dash of Chaplinesque slapstick thrown in.

Juliet Merchant is an emerging composer who has written for television, film and online platforms. She is signed with EMI, Finger Music and Motus Music and her music can be seen on BBC, CBBC, ITV and various international films. She is a classically trained pianist. Owing to a multi-cultural musical background that scales each musical era, she is comfortable playing and composing in a variety of genres including: classical solo and orchestral, soundtrack, electronic, ambient, neo-classical, jazz traditional Indian music, ethnic eastern European music, medieval and ancient music.

Boris Barnet (1902-1965) was born in Moscow. His father was an English printer. After returning from the war he trained as a boxing instructor. However, his passion for the arts led him to act and then later to direct. In 1927 he shot his first feature, The Girl with a Hatbox. His 1928 film The House on Trubnaya, was rediscovered in the mid-1990s and now ranks as one of the classic Russian silent films. He was admired, among many, by Andrei Tarkovsky.