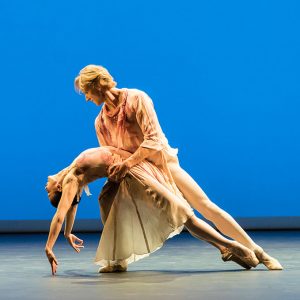 Another premier follows with a production by the Eifman Ballet of St. Petersburg. Set to the music of Johann Strauss, Jr. and choreographed by Boris Eifman, The Pygmalion Effect draws its characters from mythology. According to the Greek story, Pygmalion is an artist who created a beautiful ivory sculpture of a woman and falls in love with his creation. But the ballet is titled The Pygmalion Effect, not Pygmalion. The Pygmalion Effect, in turn, refers to the phycological phenomena of others’ expectations influencing a persons’ behavior (i.e. if a superior expects his subordinate to fail, it is more likely the subordinate will do so). Of his work choreographer and company founder Boris Eifman has said, “I create ballets of a different kind, where self-expression becomes the subject and in which there is drama, philosophy, characters and an idea.” The Pygmalion Effect is nothing less. 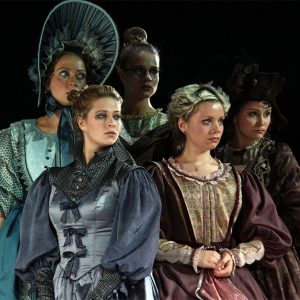 After an acclaimed run of Chekov’s Uncle Vanya, directed by Rimas Tuminas, at the 2017 Cherry Orchard Festival, the Vakhtangov State Academic Theatre of Russia will return to New York City Center with a production of Mikhail Lermontov’s Masquerade for this year’s Festival season. Set in St. Petersburg in the 1830s, Masquerade tips between tragedy, comedy, and absurdity, and finds its center in the life of a spirited and rebellious protagonist, Eugene Arbenin. Lermontov’s four-act play is written entirely in verse and will be performed in Russian with English subtitles.