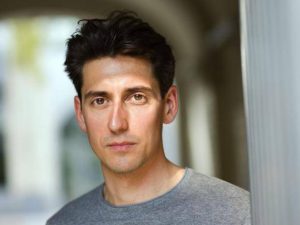 Yevgeny Sudbin definitely deserves to be in  this list of the greatest Russian piano legends (the list, is, of course, incomplete). While listening to his Wigmore Hall recital, I wondered, what was the Russian Piano tradition all about?

It is definitely not enough just to have a Russian background and sit at the piano. There is something almost mystically-magnetic about the Russians playing the piano. Let us  try to understand, what exactly can it be?

Some say, it all comes from the Stanislavsky method, some mention the well-developed imagination and the ability of Russian musicians to tell a story in every piece. Still others may believe, that it happens all owing to the incredible technique, extreme power and even more extreme sensitivity of the Russian musicians representing the nation suffering from workaholism.

Well, no more generalisations any more. Maybe there is a secret Russian method or special piano DNA that Russians are born with, but what matters most is that at the root of any method or school, there is a personality. And, probably,  by understanding this very founder’s personality one can get closer to the mystery of the great nation with a great musical talent.

Sudbin was born in Russia, moved to Berlin at the age of ten and later arrived at the UK. Since 1997 he has been living in London and enjoying an outstanding international career, as well as his harmonious family.

On stage, Sudbin looks serious and distant. In the professional pianist circles this is called as “being in the zone”, or being ready to “sink in”. One can notice his extreme concentration even before he starts playing. Pianist’s focus during the recital has once been compared to the state of mind of a neurosurgeon during the operation. And indeed, Sudbin’s presence was intense.

His concert has offered such an amazing level of musicianship that one could easily just sit back and trust his creativity. His universal technique, very thought-through interpretations and unique personal magnetism allowed listeners simply to enjoy the music while following every nuance of composer’s ideas.

Sudbin does not allow his ego to take over the music, and this is what makes him so noble. He treats music with so much respect and admiration that one immediately senses his full and complete dedication.

At the packed Wigmore Hall recital, it was Haydn, Beethoven, Chopin, Scriabin and Saint-Saens, but it could have been any other composer or musical work. No matter what Mr Sudbin performs, the only question that eventually remains is: when is his next concert?