Our regular contributor Yulia Chaplina invites you to listen to her performance and master call of Tchaikovsky’s Lullaby Op 16/1. The compositions of the great Russian composer Pyotr Ilyich Tchaikovsky (1840-1893) are distinguished by one special feature – all of his works go straight to the heart and are deeply moving. The main themes of Tchaikovsky’s work are the fight between good and evil, a longing for happiness, and recognition of the sad truth that it may never be achieved. There is always an element of tragedy, even in his lightest and happiest works, and he expresses all of his internal sufferings through his music beautifully and sincerely. His emotional honesty and the simplicity of his writing make his compositions instantly recognisable.

Lullabies are originally folk songs and are still very popular in Russia. Tchaikovsky’s lullabies are truly wonderful and unlike those of any other composer – unmistakable musical pictures that follow authentic, simple harmonic structures with lots of repetition and characteristic accompaniments (slurred, in two) that create the effect of a mother rocking her child.

Several of Tchaikovsky’s most famous lullabies are scored for voice (Op 16/1, Op 54/10 and Maria’s aria from his opera Mazeppa), but he also composed lullabies for solo piano, including theBerceuse Op 72/2 and his own transcription of Op 16/1.

The Lullaby in A-flat minor Op 16/1 was composed in 1872 and transcribed for the piano by Tchaikovsky in 1893. It was dedicated to Nikolai Rimsky-Korsakov’s wife, Nadezhda Rimsky-Korsakov (1848-1919), who was 24 at the time and expecting her first child. Nadezhda was a prominent pianist and musicologist who arranged many of her husband’s works for solo piano. The use of her maiden name – ‘Purgold’ – in the dedication leaves no doubt as to its dedicatee. 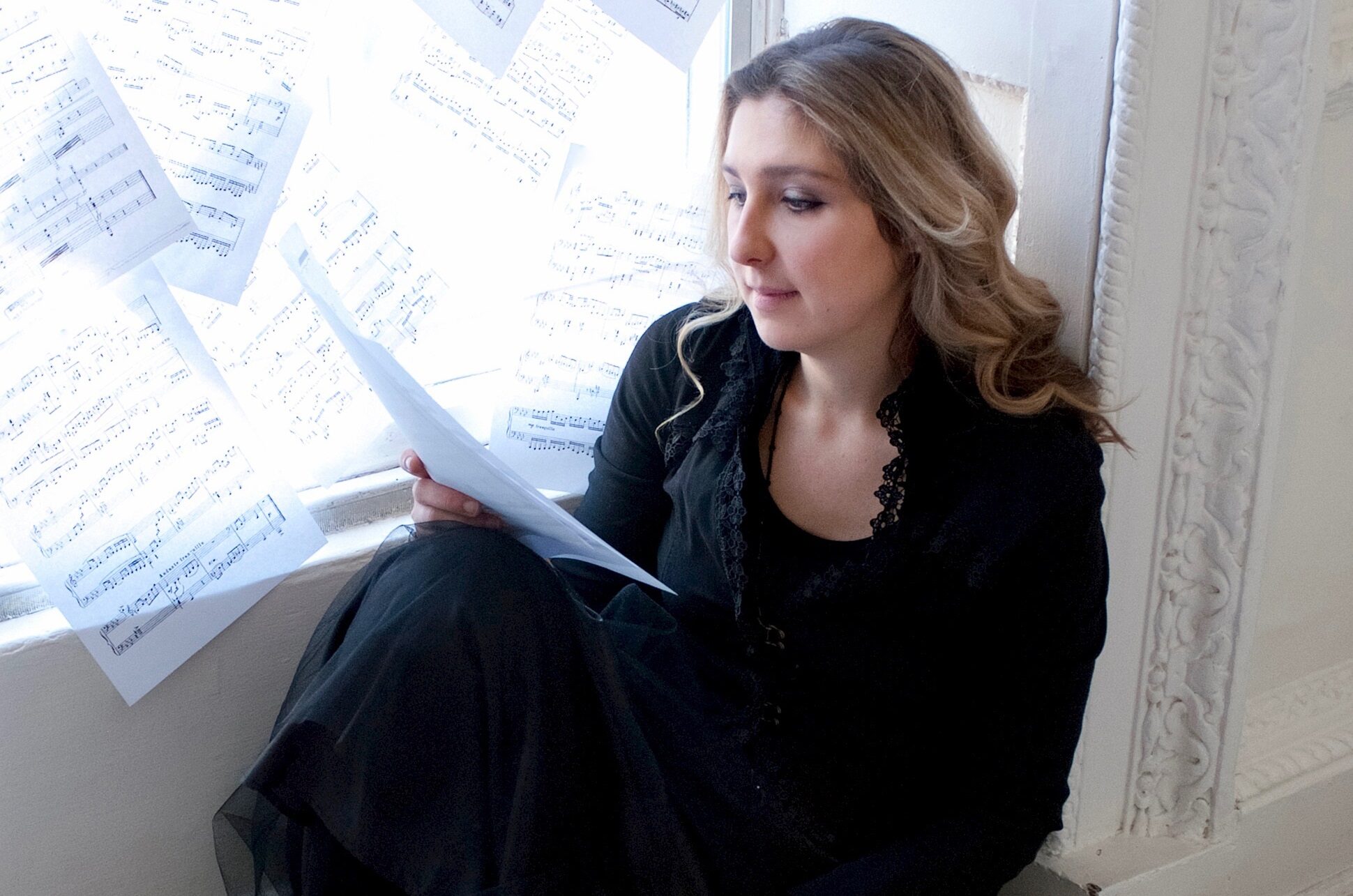 The text that inspired Tchaikovsky is taken from a set of Greek folk songs translated into Russian by the then-famous Russian poet Apollon Maykov (1821-1897). Maykov was known in St Petersburg for his Roman and Hellenic themes. He travelled extensively in the Greek archipelago and studied ancient Greek history, culture and language. His ‘Cradle song’ is the first poem of his cycle Pesni novoy Gretsii (Songs of Modern Greece) and depicts a wonderful picture of the ancient Greek world:

The Eagle has flown back home, The Sun has hidden under the waters, And three nights later The Wind is rushing away to her Mother. The Wind’s mother has been asking: ‘Where have you been for so long? Have you been fighting the stars? Have you been chasing the waves?’

‘I haven’t been chasing the sea-waves, I haven’t been touching the golden stars, I have been guarding a baby And rocking gently his little cradle.’

Translation copyright © 2007 by Laura Claycomb and Peter Grunberg, reprinted with permission from the LiederNet Archive

Tchaikovsky makes some adjustments to Maykov’s text, for example moving the first stanza to the end and extending the first line. After Tchaikovsky used two of Maykov’s poems for his songs, Maykov’s cycle attracted much interest from contemporaries and followers, including Arensky, Ippolitov-Ivanov, Tcherepnin and Taneyev. Maykov’s ‘Cradle song’ also inspired Tchaikovsky’s classmate at the St Petersburg Conservatory, Aleksandr Rubets (1838-1913), and later Fyodor Akimenko (1876-1945). However, it is Rachmaninov’s arrangement of Tchaikovsky’s Lullaby (1941) that brought the piece to pianists’ attention, to the extent that few pianists today know of Tchaikovsky’s original transcription.