Shapero Rare Books have recently produced a catalogue of fifty items (books and prints) dedicated to the Russian Military. There are works on Cossacks, The Campaign of 1812, the Crimean War, Military Uniforms, The Russo-Japanese War and The White Army. 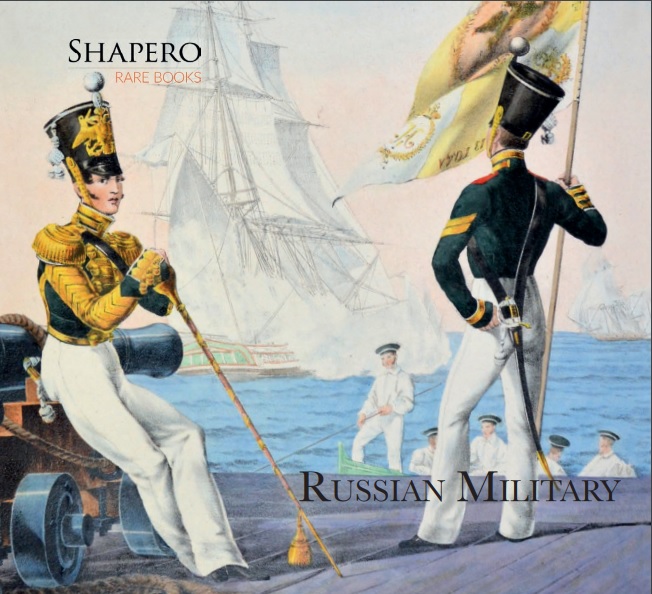 This catalogue spans 150 years of military action from across the Russian Empire. From hard-fought battlegrounds in Crimea and the Caucasus to the Far East and Manchuria. It is testament to the effort taken to extend and defend the nation’s borders. In the catalogue you will find a unique military album from the library of Tsar Alexander II, the original drawings for Orme’s ‘The Costume of the Russian Army’ and a collection of military uniform illustrations by Belousov of exceptional rarity and quality amongst numerous other works of historical and artistic importance.

Please follow the link to explore the catalogue online.