PRICE: £90 + packing and postage depending on location

As a symbol of fertility and of the emergence and renewal of life, the egg has been a potent symbol of Christianity for almost two millennia. In Russia, where the celebration of the Resurrection is the most important event in the Orthodox calendar, the exchange of real, decorated eggs as gifts at Easter has for centuries been central ritual of the festival. With the discovery in Europe of the recipe for production porcelain in the eighteenth century, however, exquisitely decorated porcelain Easter eggs began to be produced by the Imperial Porcelain Factory, established in St. Petersburg in 1744, and were used at the Russian court as Easter gifts, presented by members of the Imperial family to courtiers. The tradition developed throughout the nineteenth century and into the twentieth, depicting a range of images, including episodes from Russian history, biblical science, revered saints, cities, churches, monasteries and other sites centre to the Russian Orthodox father and culture, Imperial insignia, landscapes and flowers. 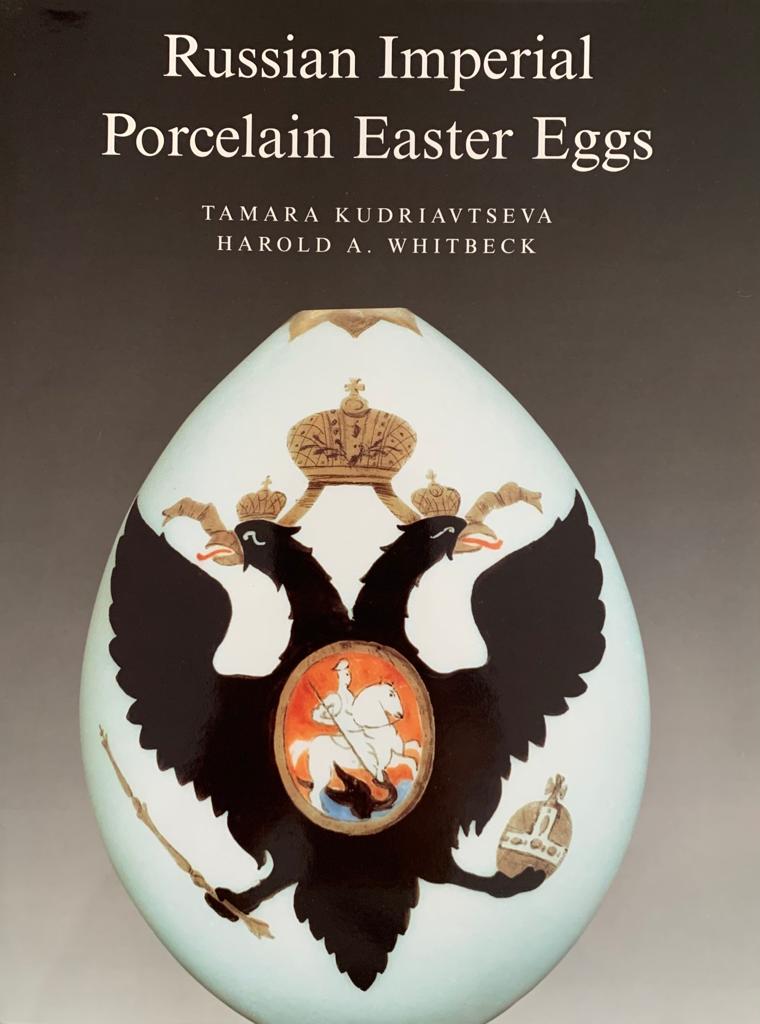 Russian Imperial Porcelain Easter Eggs presents the most extensive survey of these delicate and now rare objects ever published. Over two hundred of the world’s remaining Russian porcelain Easter eggs have been specially photographed and are reproduced here life-size, accompanied by fully research information on their date, the subjects they depict, the artists responds and their historical and culture significance. This lavishly illustrated and beautifully produced book offers a pictorial survey of Imperial Russia and its Orthodox beliefs, making this an essential reference source not only for collectors of porcelains, but also for anyone interested in the decorative arts or the exciting history of one fo the world most important and fascinating countries.

£90 + packing and postage depending on location