Russia is probably one of the most misreported countries in the media – at least, that is the belief held by some. Almost an entire century of tension has taken its toll on impressions and many maintain the idea that Russians are like the Western stories we hear about them. Among these stereotypes are the classic Russian villains (especially in Hollywood, if there’s a “bad guy”, there’s a good chance you’ll hear them speak with a thick Russian accent), corrupt politicians, clerks obsessed by bureaucracy, or simply aristocrats living luxurious lives. These “typical Russian” characters are what we are so often presented with in the West, but they’re exaggerated and do nothing to help Russia’s international image.What about TV series that are actually set in Russia, though? How do they portray Russia and its citizens? Many are documentaries, as the country has an incredible history. Does this mean that stereotypes are forgotten when looking at Russia with an academic perspective? Through examining several series of the past five years, spanning over two centuries – namely War and Peace, The Last Czars, Chernobyl, McMafia andThe Romanoffs – Russian Art + Culture discovers just how Russia is treated in TV today. 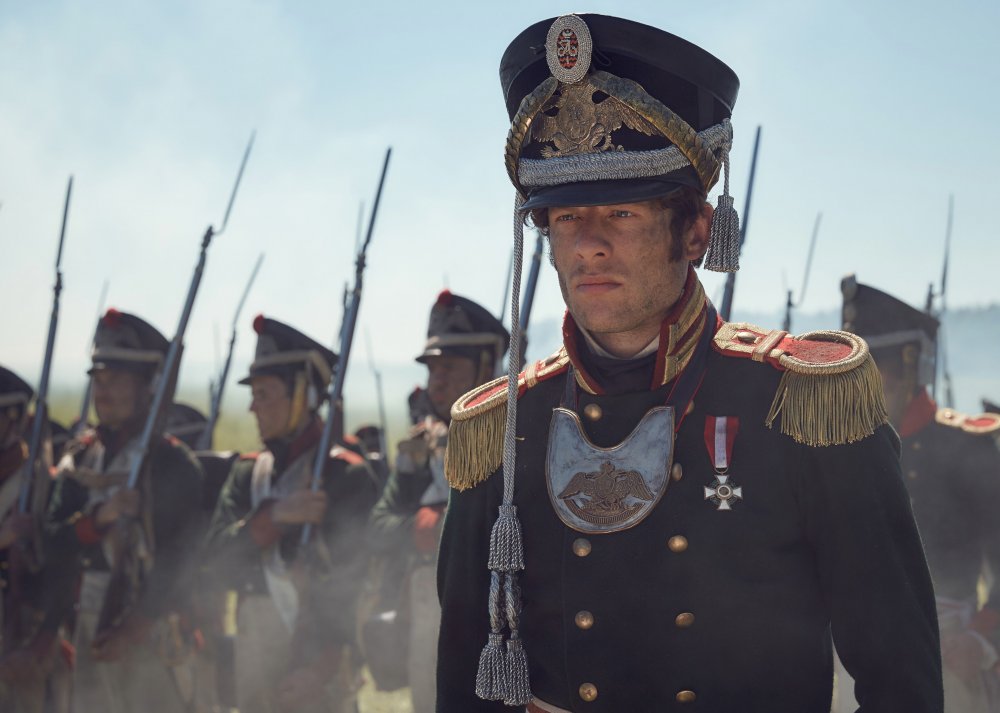 War and Peace, produced in 2016, is a great place to start when looking at the variety of Russian TV series that the West has produced. Based on Tolstoy’s classic of the same name, it tells the story of the Russian aristocracy in the face of oncoming war with Napoleon’s army. One of the most striking features of this series is without a doubt the beautiful cinematography that punctuates every episode of this six-part drama. Stunning landscapes and palaces are contrasted with incredible battle scenes which are treated respectfully, yet with extremely precise detail. There is also a consistency with the spoken English which isn’t always found in dramas set in a different country. Almost all of the actors speak upper-class English, which only adds to the atmosphere and the feeling that this series has been well-made.

In terms of stereotypes, War and Peace is considerably more difficult to judge than other series as it is based on fiction anyway. Actors are trying their best to re-create Tolstoy’s characters, and if they are emphasizing their Russian-ness, it is only because the nineteenth-century writer created them to be traditionally and stereotypically Russian in the first place. The greatest thing about this series is simply that it has done what it set out to do – create an epic drama from an epic novel. It has been produced as any great work of literature would be, regardless of nationality; director Tom Harper simply wanted to do the novel justice, includingits sense of Russian-ness, and it seems that he has done so. 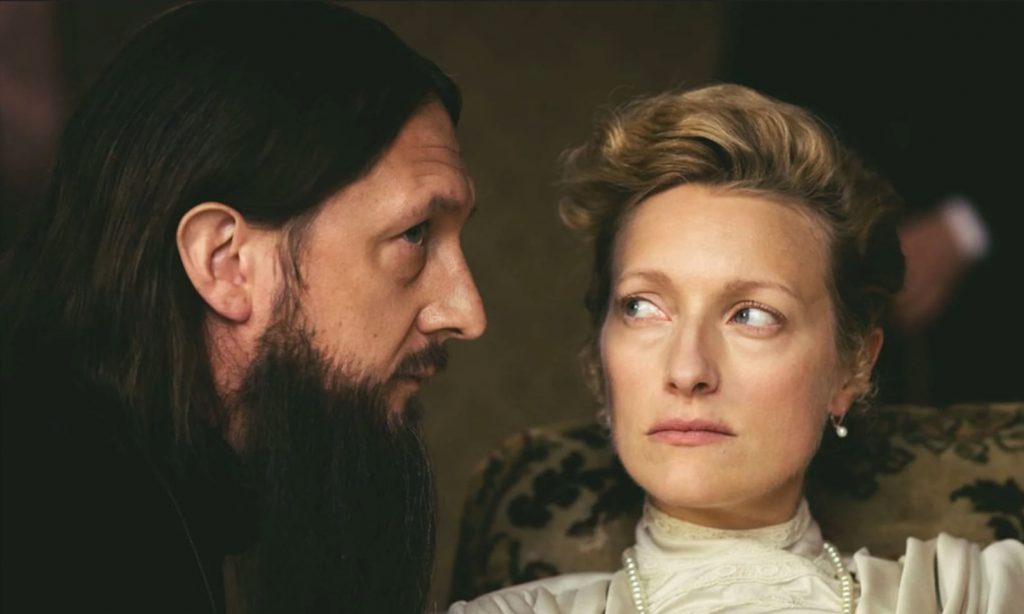 Novels and TV series mostly go hand in hand, as both involve becoming absorbed in a world where we know that the action taking place isn’t real, even if it is centred around true events or inspired by real people.  This is where, unfortunately, Netflix’s The Last Czars runs into problems. Having been made available on Netflix this year, it was billed as a ‘docudrama’; real events in the lives of Tsar Nicholas II and his family are played out by actors in short scenes, interspersed with academics giving the viewer more historical background. As an introduction to finding out what happened to the Romanov dynasty in its final years, the series gives a lot of information and a variety of versions of events. The extent to which the story has been over-dramatized for effect, however, means that if you have some historical knowledge of the period before watching, it doesn’t sit too well.

For a series that is half-documentary, the storylines seem as if they indulge in rumours and explore private aspects of royal lives which can only be speculated upon anyway. It is almost as if the sad story has been capitalized upon simply for entertainment, which is unfortunate for a programme that is also meant to be historically informative. Moreover, the way that Russians are portrayed is at times hard to believe – for example, the royal family seem to swear a good deal, even during state occasions – and some actors have Russian accents whilst others do not. Letters that are written from the characters to one another are sometimes in English, sometimes in Russian. It is these inconsistencies which make it difficult to become completely absorbed in the action taking place, much less feel that it is possible to really understand the country at the beginning of the twenty-first century.

Contrastingly, Sky and HBO’s Chernobyl is something which is possible to understand from the get-go. It is set apart from other Anglophone-Russian TV series immediately by the fact that it is tackling an event which people are still suffering from – it has to be dealt with carefully and respectfully. The series centres around the nuclear accident in 1986 and the lives it affected, as well as the politicians who had to handle the fallout. From the beginning, the atmosphere is amazing; both harrowing and fascinating, you feel like you’ve been transported right back to the Soviet Union in the 1980s.

What is so refreshing about Chernobyl is that citizens of the USSR are neither demonized nor glorified throughout the series – the director has taken a neutral approach, choosing to create a series which informs, but never feels over-dramatized for entertainment purposes. The way the cover-up of the accident is focused on could be seen as playing up a stereotype of the Soviet Union often having state secrets; however this judgment seems a little harsh. The accident wascovered up – this is in living memory – and it is quite right that the director has chosen to educate viewers on this. Another feature which is not always present in British series set in Russia is the consistency of when Russian is or isn’t used. Dialogue is in English, but all the text we see on screen is written in Cyrillic. Combined with some original Soviet TV footage and snippets of Russian audio, Chernobyl is definitely a series which has been treated with the upmost care, and it pays off. 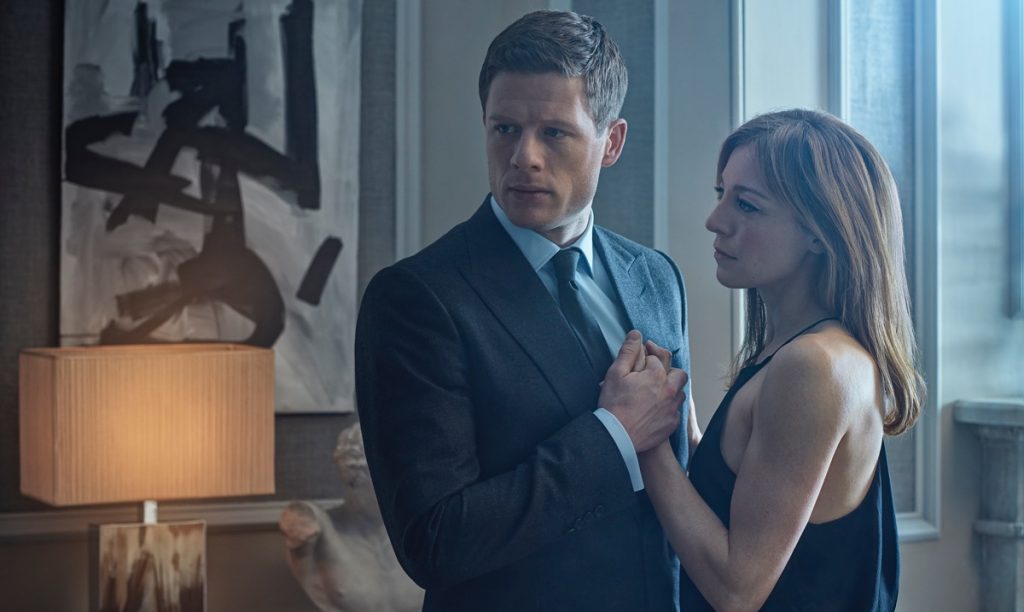 The most up-to-date, modern British-Russian series is most probably BBC and AMC’s McMafia, which was first broadcast in 2018. Based on a non-fiction book by journalist Misha Glenny, the story follows a British banker with Russian heritage who gets involved in high-risk money laundering, taking him deep into the heart of (mostly Russian) organised crime. It was literally filmed all over the world – locations included London, Moscow, Tel Aviv and Istanbul – which makes the drama incredibly gripping and gives an insight into what seems like a global network of very rich criminals. The acting is also incredible – casting included the well-established James Norton playing protagonist Alex Godman, as well as Alexei Valeryevich Serebryakov as his father Dimitri, equally famous in Russia. As a result, the drama felt exciting and new, something which is admirable when the plotlines of crime series so often feel worn-out.

In terms of synthesising both the Russian and English-speaking worlds, this series has it all. Dialogue takes place in both languages, and it feels entirely natural, which is something that isn’t doesn’t always happen in series centred around Russia. There isn’t any pretence of Russians who would normally be speaking Russian simply chatting in English for the audience’s sake, something which creates a more authentic viewing experience. However, many aspects of the series do include traditional stereotypes; the bad guys are often Israeli, but often Russians too, and the supposedly good-as-gold Englishman Alex is swayed into a criminal lifestyle through their influence. By the end of the series, he’s as criminal as the Russian gang members who we see at the start. It’s a fantastic series, but it certainly upholds the Hollywood trope that Russians are villains. 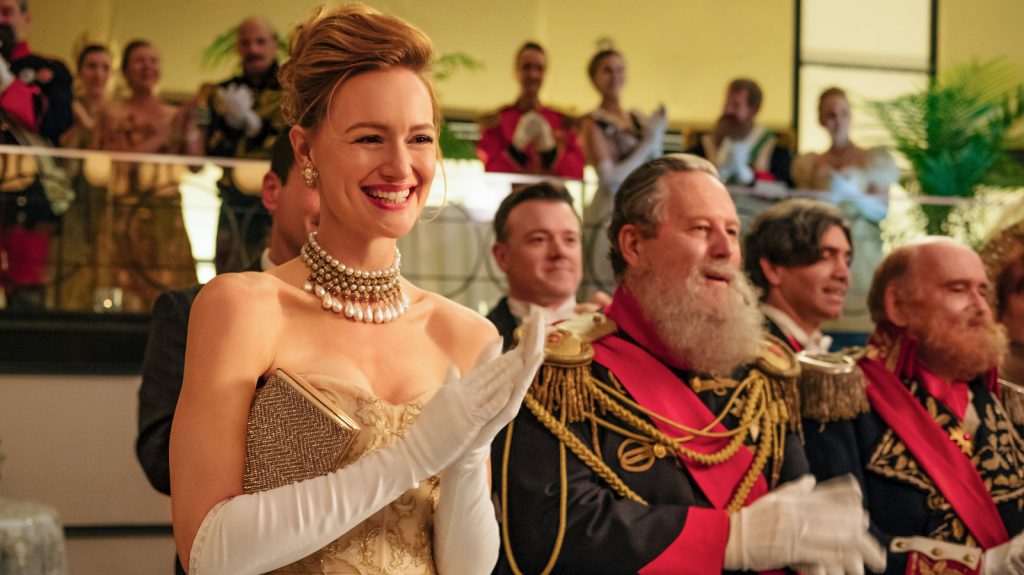 Kerry Bishé plays a woman who goes on a themed cruise for Romanov descendants in the second episode of The Romanoffs. Photo: Jan Thijs/Amazon Studios

It is worth mentioning briefly The Romanoffs, Amazon Prime’s drama about people who believe themselves to be descendants of the royal family. It comes from Matthew Weiner, creator of critically-acclaimed Mad Men, and is set in the modern day. Each episode is centred on a different “descendant”, so the cast changes in every episode and there isn’t a running plotline throughout the series. Unfortunately, despite the series being called ‘The Romanoffs’, there is little relation to Russia or the royal family’s history; if you didn’t know that this was the title of the series, you certainly couldn’t guess. The only thing that binds the episodes together aside from the distant family connections are the constant references to the hope that ‘the line will continue’. Even this seems to be almost poking fun at the heritage that the name bears, assuming that the main purpose of the Romanov dynasty was simply not to let it die out. With this perspective, there is not much to gain from the series if watching to seek some insight into Russia and its last imperial family.

Three of the series mentioned in this article are fictional, the other two are historical; this does mean that they must be examined differently when looking at how they treat Russia and Russians. Collectively, they span a timeline of over 200 years. Accuracy is of course needed for historical events, as well as care over sensitive subjects, especially in the case of Chernobyl as it happened relatively recently. It is also worth bearing in mind that all five of these series were produced in the last five years; in this sense, there hasn’t been much of a reason to always see Russians as villains, as perhaps would have been the case if the series had been produced during the Cold War. With the exception of perhaps McMafia,none of these series have gone out of their way to represent Russians as criminals, or to portray Russian citizens as having unfavourable characteristics which Europeans lack. Yet with talk of tensions between Russia and Anglophone countries brewing again, it will be interesting to see how television writers, producers and directors choose to approach the country and its citizens in the future. 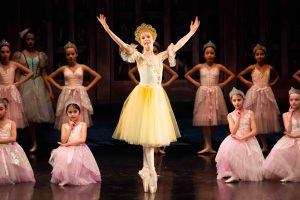 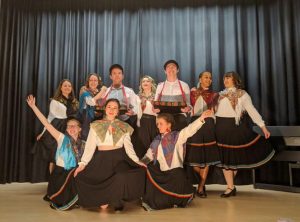 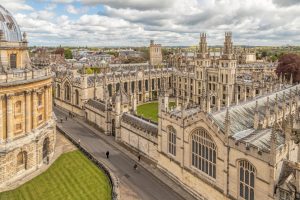 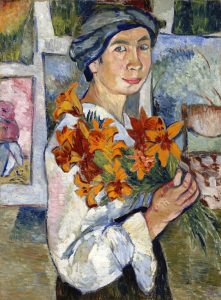