“Russian Georgians” is a two-part documentary about the historical part Georgians played in Russian and later Soviet politics, art, and science. The films talks about Bargation, Shevardnadze, Pirosmani and Daneliya, Balanchine and Andronikov. The screening of Film One (up to 1939) will take place in London on 25 March the Prince Charles Cinema followed by Q&A with Leonid Parfenov. Enjoy a 10@% discount – use promo code “RAC”.

The first part of the film starts in Georgian quarter in Moscow and talks about the close relations between the Georgian and Russian people before XVIII century.  It mentions the bilateral Treaty of Georgievsk as the stepping stone to further unification of the two empires, explores the ties between Georgian and Russian elites, as well as relations with Orthodox churches. 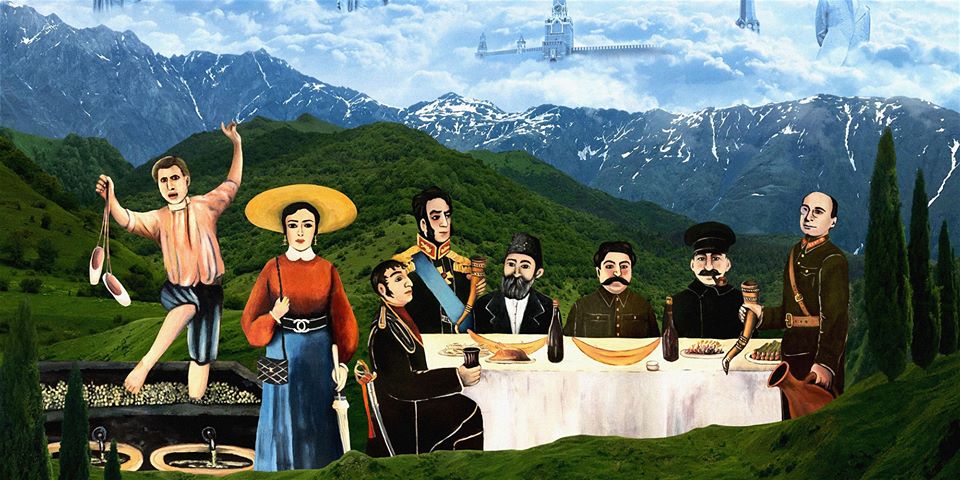 The notion of “Russian Georgians” become part of daily life, and Pushkin, Griboedov and Lermontov introduce Georgia to the educated of Russia. Finally, the role of Stalin, whose ideology, tastes and habits had a tremendous impact on Russian lifestyle is shown in details as well. The film touches upon a wide range of humanitarian issues including cross-culture relations, imperial ideology, and state violence towards its people.

The screenings will be introduced by Leonid Parfenov, journalist and author of documentaries “Live Pushkin”, “Zvorykin-Muromets”, “Russian Jews”, and many others.

Please note that tickets for 24 March are sold out, but there is an additional screening on 25 March at 6pm.