Russian Culture abroad: Where to find Peter the Great?

Chasing events and exhibitions gives a kick of adrenalin for the culture junkies, especially of Russian culture. The relative uniqueness of its public appearance within the global cultural setting makes it a rush not to miss. Yet, slower living induced by home grown food, home baking and chicken rearing seems to be in fashion these days and is an antidote to the fast pace of living we inevitably must pursue even in the world of culture. I propose to give guise to this trend in learning about Russian Art by encountering it at a slower pace in its permanent settings around the world. This would welcome those who pursues Russian art and culture from the comfort of their own home, or their own busy lifestyle that cannot match the cultural calendars, or those who simply like to follow their own plan. 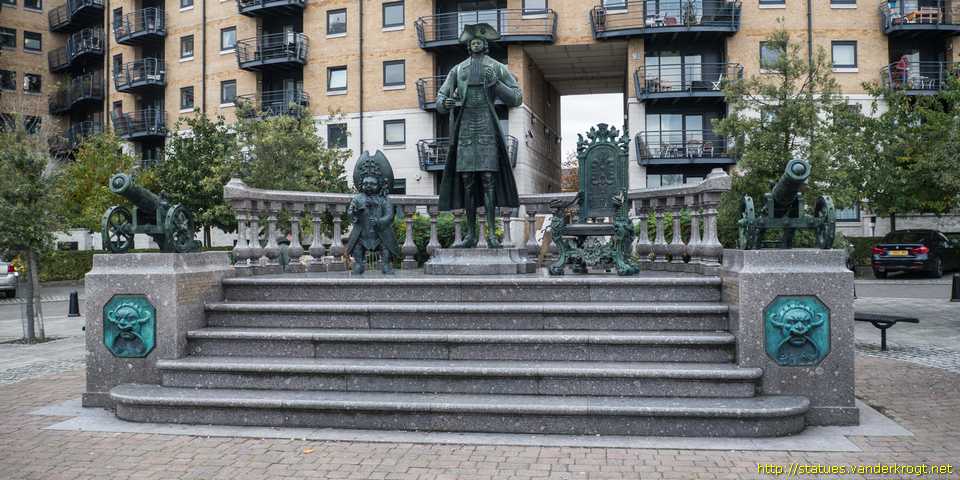 And so it seems appropriate to start with something that speaks permanence and invites visitors at any time.  Public monuments are out of fashion. They are invisible and forgotten. It is rarely our initiative that prompts a visit to see and examine them. Public remembrance ceremonies, organised cultural pilgrimages constitute the bouts of rare attendees. Did you know that there is a Crimean War monument in Westminster? I only noticed it when sitting in thick traffic opposite the statue. 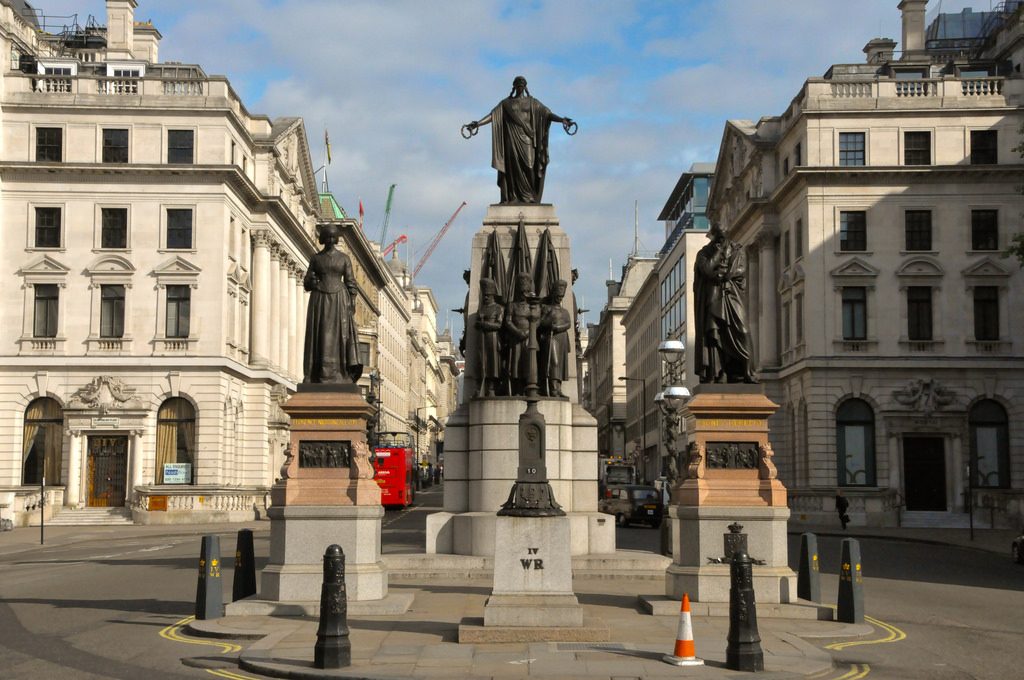 Mikhail Shemiakin’s monument to Tsar Peter the Great (2012) in Deptford, Greenwich marks the place of a former house in which the Tsar lived for four months in 1698. The Tsar came to England to gain knowledge and experience of the new technologies in ship building. His house even had a special door which lead him directly onto the docs. Typical of Shemiakin’s idiosyncratic manner to represent human figure, the elongated rigid silhouette of the Tsar is flanked by a court dwarf holding a ship and a globe, and a throne on the other side, which is too small for the Tsar’s figure. What is one to make of it and its Lewis Carroll-esc entourage? Perhaps, that we are present at the conception of a great idea, a fantasy or a fairy-tale that was made real? 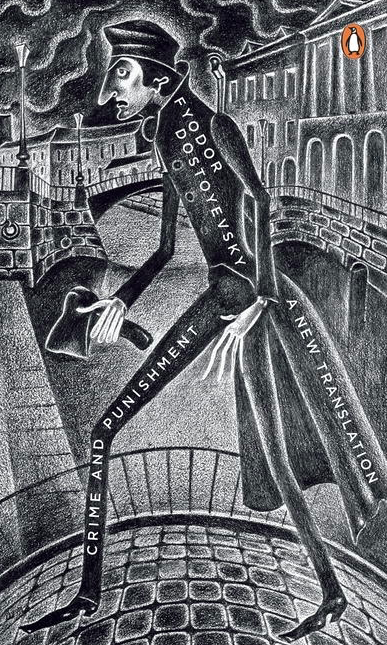 Mikhail Shemyakin. ‘Raskolnikov’ Illustration by to Dostoevsky’s ”Crime and Punishment”

Pick up the 2013 Penguin edition of Crime and Punishment with Shemiakin’s design on the front cover to draw parallels between the illustration and the sculpture and notice the illustrative quality of the latter: monumental figure without the relaxed dignity of the expected contrapposto topped by a disproportionally small head. The question that arises is the attitude with which one is to approach the monument? Veneration, respect, admiration and compassion are the usual requirements. However, its caricature quality seems to uninvited all of the above. 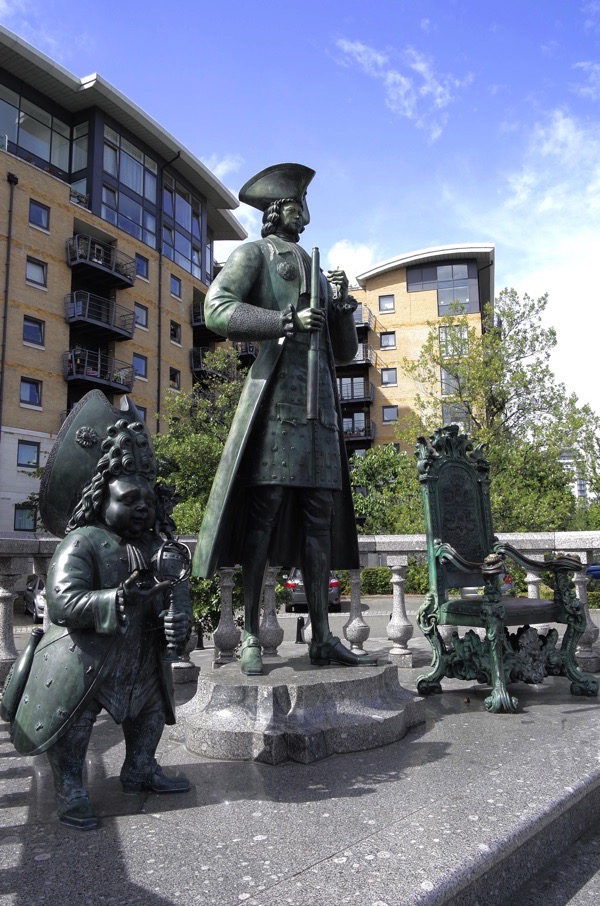 And so I propose to encounter it with an attitude of curiosity to learning. Shemiakin is telling a story and illustrating it for us. Although initially appearing to be loaded with agenda, highly figurative with the elements of the grotesque, it does not demand an emotional response. Yet, there is an undeniable sense of humour. So, a monument does not have to be minimalist to engage the viewer in a neutral discovery of history, as far as the latter is possible?  Perhaps it is the moment of the conception of St Petersburg? Miles away from Peter the Great’s creation, the statue reminds that the globalised world is not such a new phenomenon. As a viewer, one has made a discovery and is yet to decide what to make of the style. What is clear, is that one is not forced to form a particular emotional relationship with history. Isn’t this a very modern idea and, I bet, none of us expected it from a figurative monumental cast in bronze? Russian’s art diversion from the western art historical timeline, despite its apparent synchronicity with it, continues to fascinate. Shemiakin and his figurative monument is like Peter the Great who is in in sync with western mainstream and is outside of it at the same time.

Go and visit the monument, but take it at a slow pace and read it as a book on Russian history.