A genuine bidding war broke out in the saleroom Wednesday afternoon when Bruun Rasmussen auctioned off a painting by the Russian artist Vladimir Donatovich Orlovsky in Copenhagen.

The painting depicts life around a Russian farmhouse and was estimated at DKK 100,000-150,000/ € 13,500- 20,100 by the specialists from the auction house. However, auctioneer Jesper Bruun Rasmussen brought the bidding all the way to DKK 1.6 million / €215,000 (including buyer’s premium) before the hammer fell, which caused a round of applause to erupt in the saleroom. 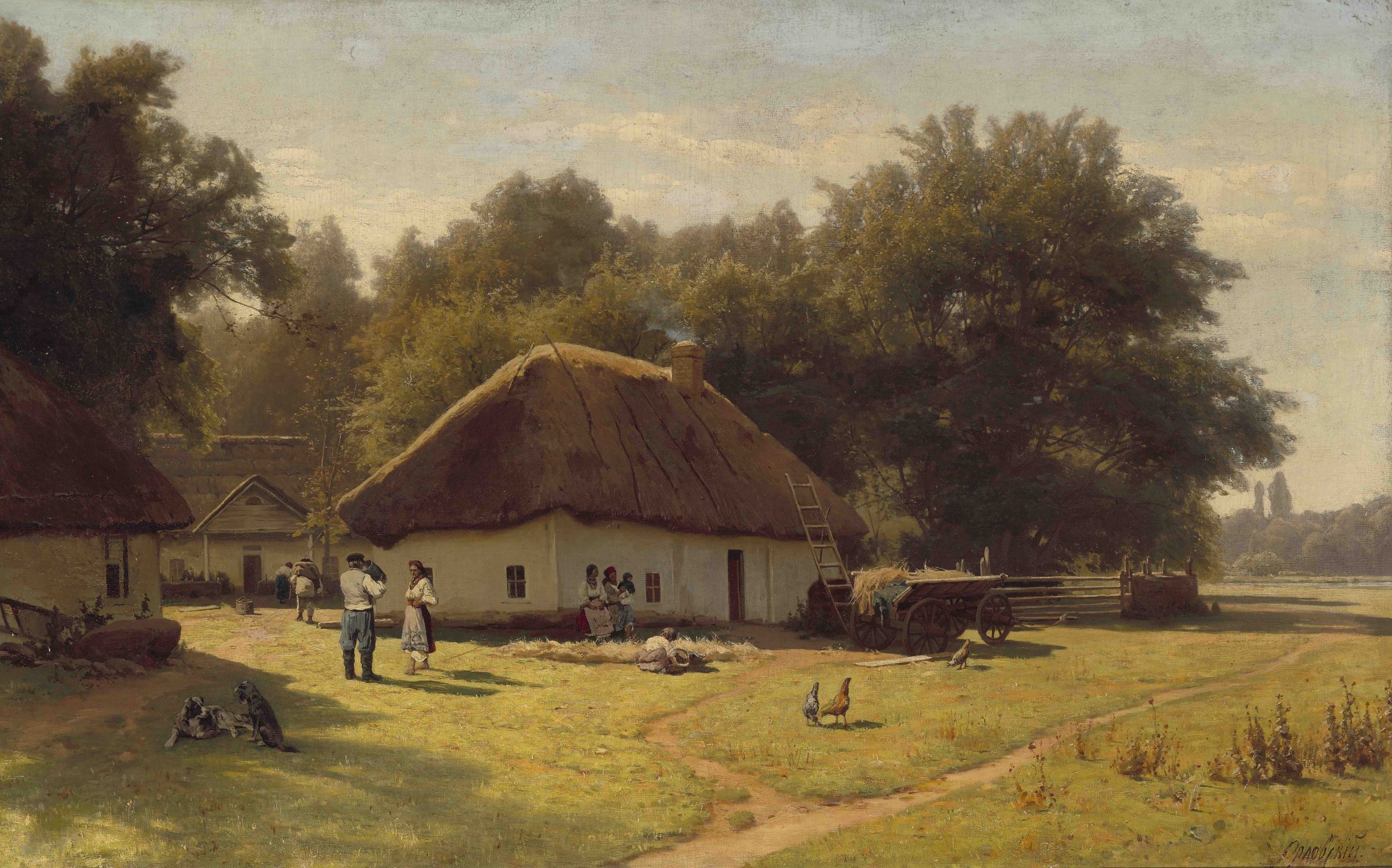 Vladimir Donatovich Orlovsky: Russian landscape with peasants at a farmer’s house on the outskirts of a forest.

“It is wonderful to see that our Russian customers continue to show a great interest in our Russian auctions. Today’s hammer price is among the highest ever achieved at auction for a painting by Orlovsky. The painting has a very exciting provenance and has not previously been up for auction, which often enhances the interest among bidders,” says Martin Hans Borg, Head of the Russian Art Department at Bruun Rasmussen.

Throughout the 18-1900s, many Scandinavians were posted in Russia, from where they brought home art objects to their respective countries of origin. This is also the case with the painting by Vladimir Donatovich Orlovsky, which was acquired in 1910 by the Dane Jens Sophus Møller-Holst, who worked as a Danish consul in Riga. The painting has remained in the family until today.

Customers from the Aristocracy and the Imperial Court

Orlovsky studied at the Art Academy in Saint Petersburg and graduated with the finest results and achieved the Academy’s gold medal. In 1878, he was appointed professor at the Academy. Orlovsky painted many landscape paintings from his native Ukraine and from Crimea, and he achieved a high degree of popularity in fierce competition with Aivazovsky. Most of his clients were among the aristocracy of Saint Petersburg and Moscow as well as at the Russian Imperial Court.

Bruun Rasmussen Auctioneers is one of Scandinavia’s leading international auction houses, and one of Denmark’s oldest. It all started on 6 October 1948, when Arne Bruun Rasmussen conducted the first traditional auction in the saleroom at Bredgade 33 in Copenhagen. Today, Jesper Bruun Rasmussen stands at the helm of the family-run business together with the third generation of the family, his son Frederik and daughter Alexa, and the company’s CEO Jakob Dupont.

Full results of the Russian sale that took place on 10 June can be found here.