RUSSIAN BALLET ICONS:  “The Other World”

My evening at the Russian Ballet Icons Gala Russian Ballet Icons Gala at the London Coliseum sparked many dazzling memories for me. Experiencing those amazing dancers perform nearly a dozen different pieces from traditional classical masterpieces to contemporary repertoire, transported me to magic moments of some of the ballet films I have directed, especially the Mariinsky Theatre film, celebrating it’s 225thanniversary in Saint Petersburg as the pinnacle. 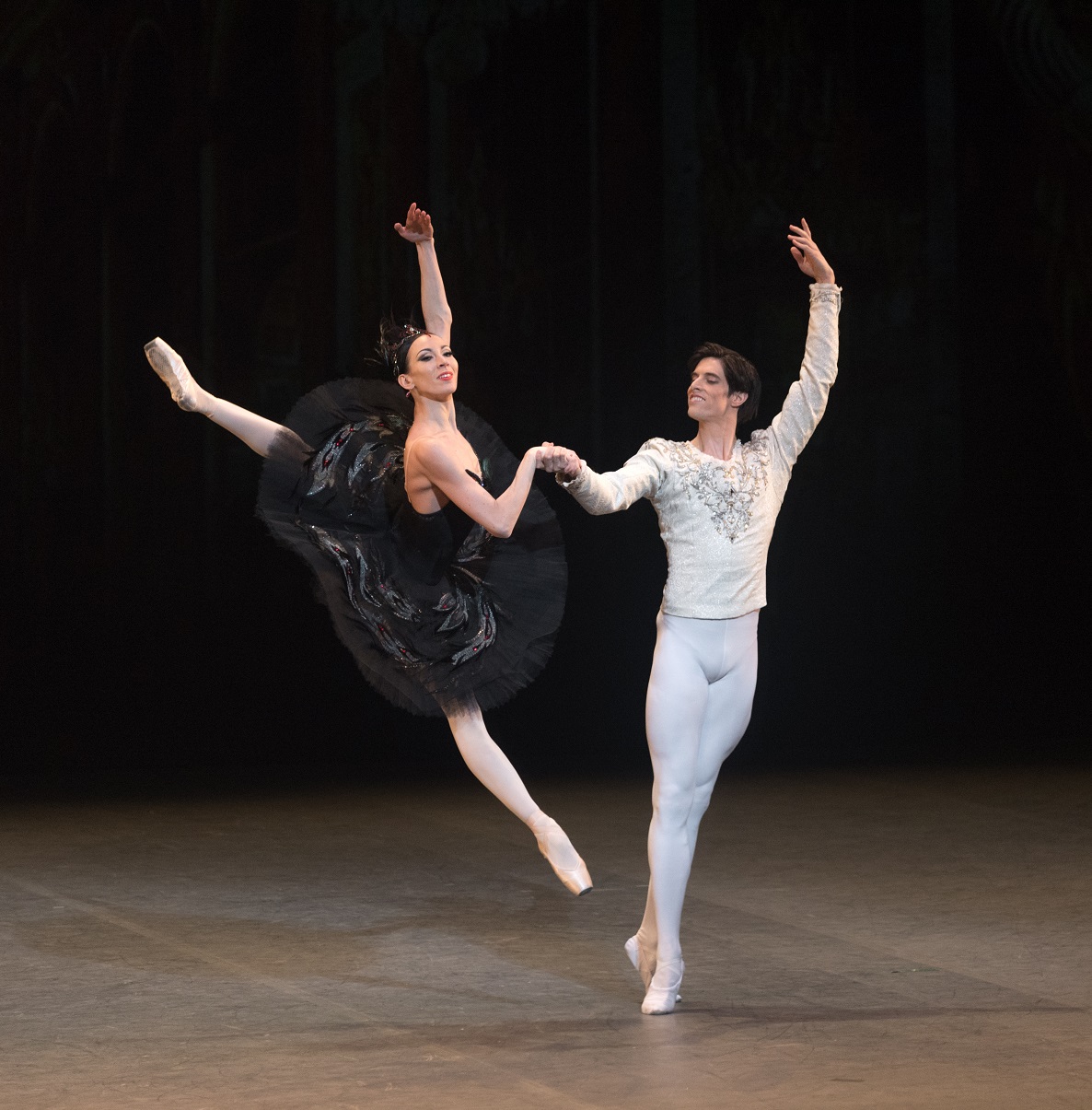 I filmed ballet over a period of several years, working closely with Maestro Valery Gergiev, witnessing the teaching process of “handing down” and capturing the very best performances on film. Observational filming took place at the Vaganova Ballet Academy in St Petersburg, home of the Imperial Russian classical ballet. I loved watching the talented boys, some as young as 6, in the elegant Vaganova’s rehearsal rooms, practising classics like Tchaikovsky’s Nutcracker, choreographed by Petipa and Ivanov, with their teachers barking commands over the din of the piano accompanist pounding away. The childrens’ discipline was intense and they never once glanced at my cameras. Watching them, I had visions of the next generation of Nureyevs and Baryshnikovs in the making. 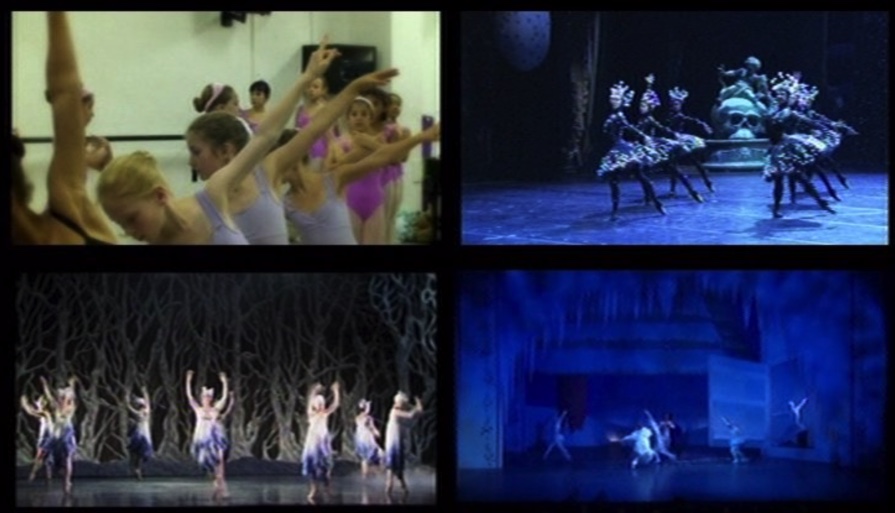 Filming ballet is a practice that requires detailed planning and rehearsal for the cameras and crew as well as the performers. You soon learn that you don’t get multiple takes, so everything has to be ready and lit before the dancers come on. Their performances, which appear so perfectly smooth and effortless, are actually unbelievably strenuous, often painful and uniquely unrepeatable. Sometimes while filming in the wings of the Mariinsky, I’ve seen the principal dancers come offstage with smiles turning to grimaces of agony – and the masseurs rush to pummel their calf muscles before they go back on stage.

When I was preparing my new film “Magic Staircase” in association with the Theatre Museum St Petersburg and Vagnova Ballet Academy, I was awarded the Likhachev Fellowship. That’s when I found this amazing case of ballet shoes, all signed by famous dancers in history including Margot Fonteyn. These shoes tell so many stories. I am fascinated by the dancers’ rituals – they spend forever sewing on the ribbons, tying on their shoes and adjusting the laces, then stamping in boxes of chalk before they go on. Sometimes to conserve energy, as they did before they were about to perform for Putin, the dancers lie quietly backstage in their tutus, in semi darkness, till it’s time to go on. 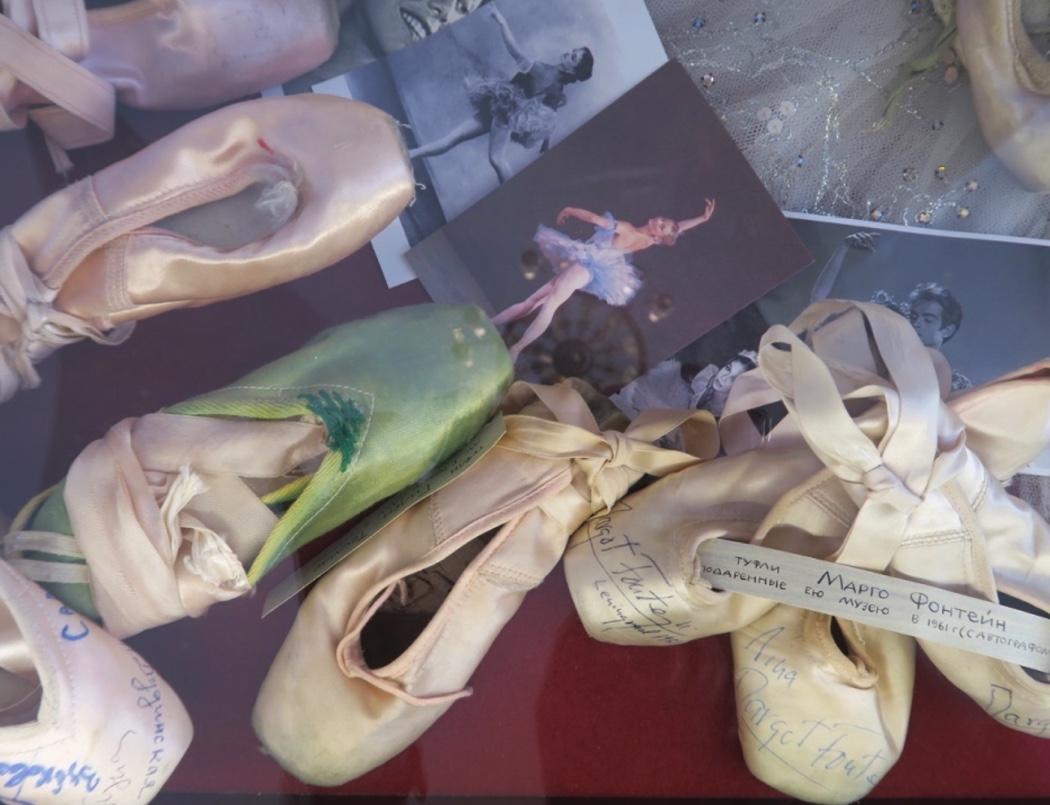 Twice recently, once in UK and also in Russia, I’ve seen the stately “Diamonds” from Balanchine’s “Jewels”, by Tchaikovsky, performed by eloquent Mariinsky principal Xander Parish with his dazzling smile and the Bolshoi’s Alyona Kovalyova’s high wire en-pointe.

In Moscow I experienced the vast theatre of the State Kremlin Palace, a very different setting to London’s Coliseum. To get into the Kremlin you need to spend nearly an hour going through a phalanx of security checks. At every scanner the 6000 strong family audience remove their hats, gloves, coats and scarves and then put them on again, gradually entering the walls of the Kremlin itself to reach the lobby, which is as wide as an airport departure lounge. The architecture is very Soviet-style with fabulous murals, marble floors and miles of mirrors to brush your hair (see my photo). The cost of entry at an average of 700 roubles (about £8) is a quarter of the cost of a glass of French champagne at the nearby Boshoi! Children under 16 go free and I watched the Russian children dressed in their best, experiencing world class ballet with their own eyes. 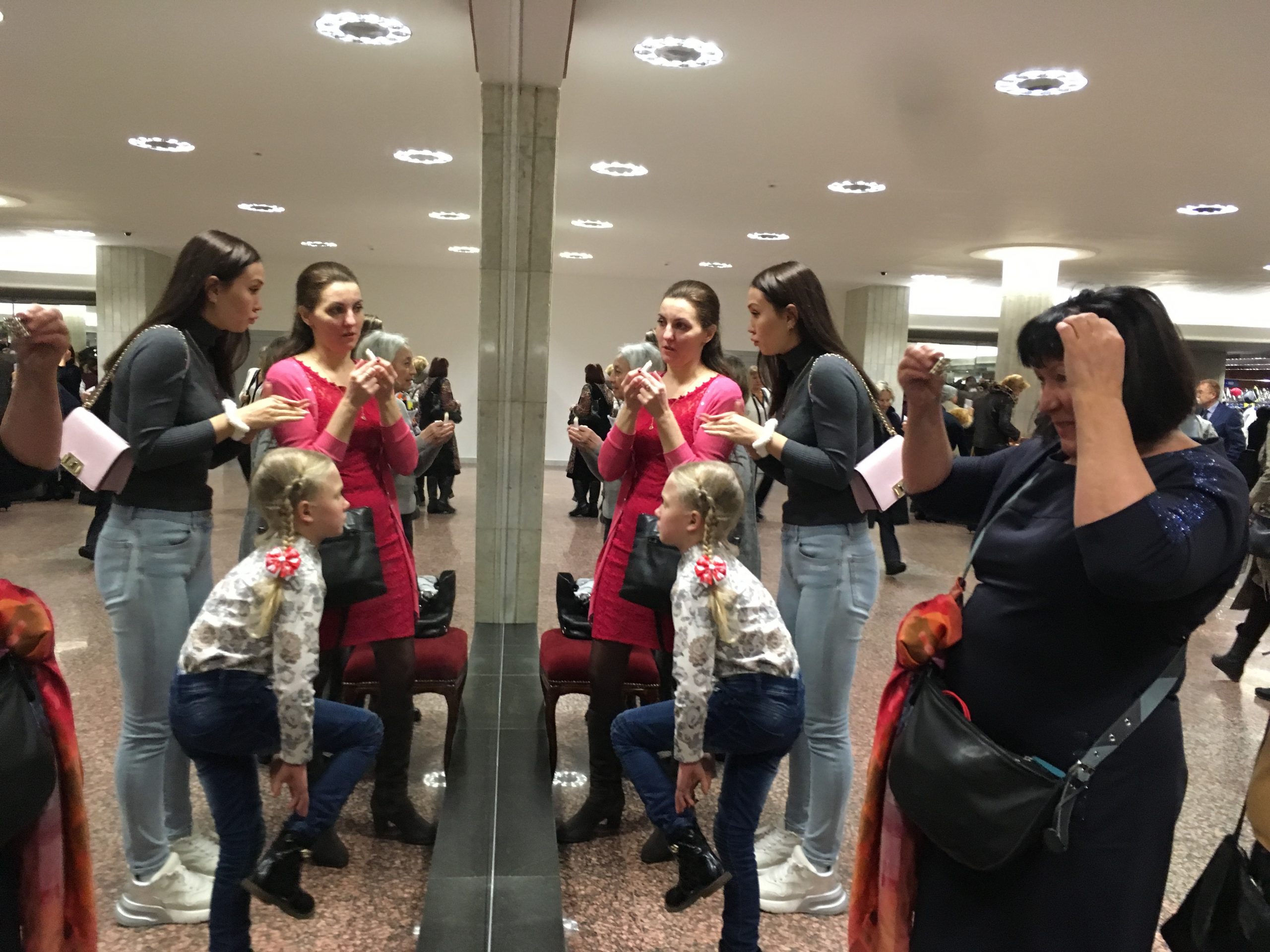 I asked principal dancer of the Mariinsky Xander Parish, what the two different venues felt like…”The State Kremlin Palace theatre throbs with a feeling of power and the distant hum of the massive audience stretching out into the black auditorium, compared with the warm and relatively cosy atmosphere of the Coliseum”. I asked how it was to perform on stage…“Once the lights are on, the curtains are up and the music starts, I find myself transported into the other world which can only be experienced while performing. Everything disappears and it’s you, your partner and the music. It’s a somehow sacred place to be and just as exciting to experience it in the Kremlin as in the heart of London!” 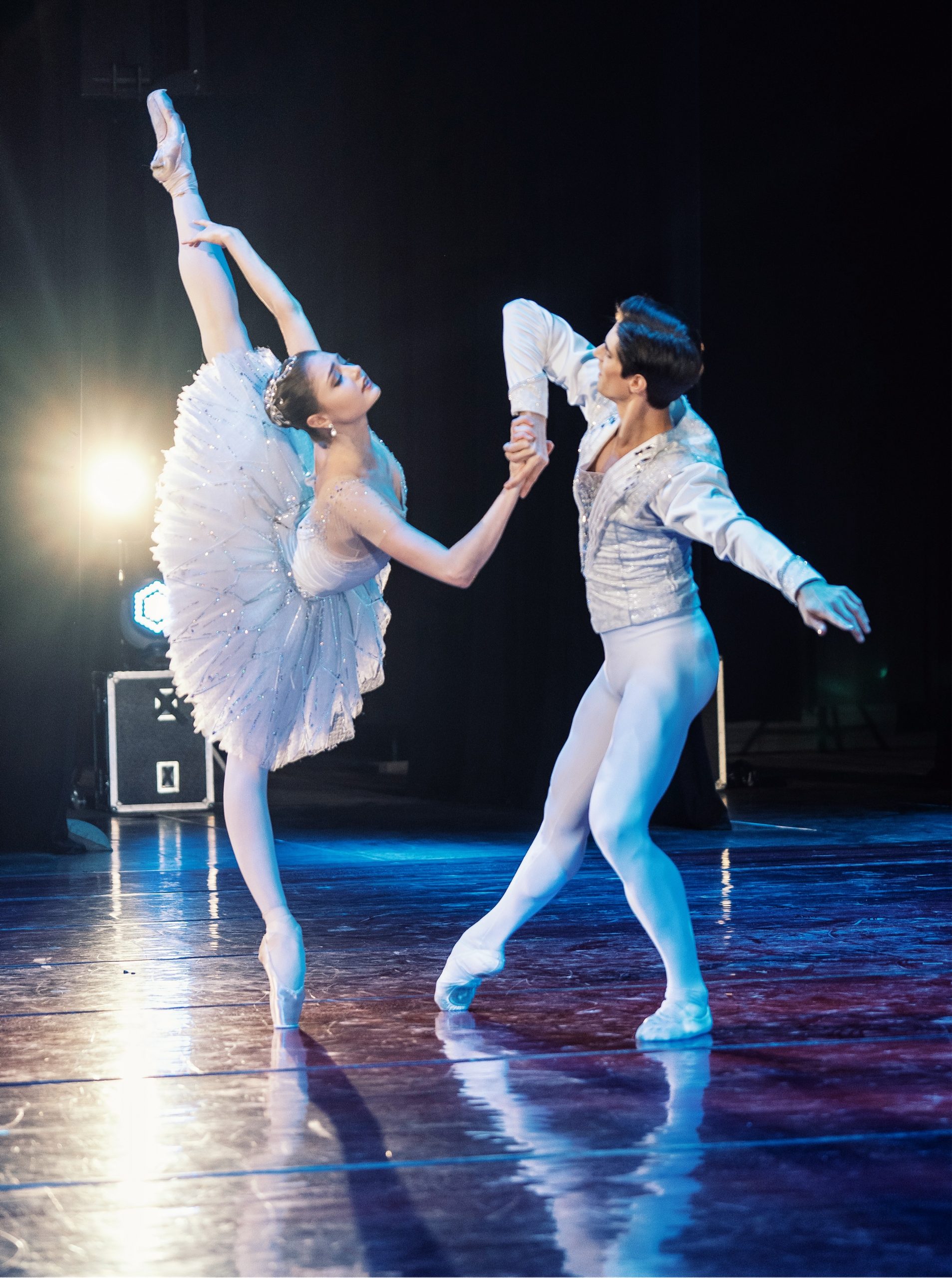 London’s Coliseum is a marvel of Edwardian baroque – crushed velvet and gold with trompe l’oeil ceilings, it was built as the “people’s palace of entertainment” in 1904. At the Gala, there was an equal measure of “dressing up” by the audience in sparkling pink chintz, which certainly matched the onstage tiaras. There was Russian style “audience watching” with binoculars at the ready to check out who was being filmed in the royal box.

In contrast to classical, there was a brand new contemporary piece performed by principal ballerina with The Royal Ballet Natalia Osipova, in the world premiere of her fiancé/choreographer Jason Kittelberger’s “Once with “ – together they paired the story of a wildly emotional relationship played out against Jean Sibelius’s haunting beats.

While making my Mariinsky film, it was a privilege to interview the late great prima ballerina assoluta, and Soviet ballet star Maya Plisetskaya who told me “all the heads of state of all the countries who visited Russia were taken to the ballet. They were wined and dined and entertained by the ballet, and it was always Swan Lake, and I always performed. Khrushchev once told me that Swan Lake makes him sick”. (“Mariinsky Theatre” film at store.foxtrotfilms.com). And I interviewed her partner the Russian composer Rodion Shchedrin whose “Carmen Suite” after George Bizet was performed at the Gala with incredible panache by another romantic “item” – the delightful Bolshoi Dancers Maria Alexandrova and Vladislav Lantratov.

Afterwards I went backstage, where an atmosphere of high-octaine post-show excitement prevailed – principal dancers bearing red roses headed to the after-party, while the orchestra of double bases and piccolos headed home, both streaming in different directions in a power cut.

The Gala’s programme of Russian dancers inspires the world’s next dancing stars, choreographers and composers. The audience escape willingly from today’s reality into the ballet’s magical “other world”. As Mariinsky prima ballerina Ulyana Lopatkina told me ”…Ballet, it’s a whole world – it’s a whole life…”  For the dancers – it’s their reality, and they’re right back at the barre in the morning, practising for the next show.