It is Day 2 of Russian Art Week in London. RA+C met with Daria Kristova, Head of the Russian Department at Bonhams to talk about the highlights of their Russian Art Sale on 5 June 2019.

The son of a peasant, Maliavin is mostly famous for his bold colours and vivid paintings of ‘Babas’, and portraits of Russian peasants. Though they were not at the time accepted by the Royal Academy of St Petersburg – where he studied in the studio of Ilya Repin – they later brought him fame in Russia and abroad. He was also a brilliant portraitist of the European aristocracy.

In 1922, he left Russia to move to Paris, where he exhibited widely. During the 1920s and 1930s travelled extensively in Europe, on the commission of aristocratic and wealthy families, to portray their members.

This Portrait of a young girl in pink, was stylistically probably created in the 1920s. And even if we do not know the name of the seater, we assume that she is the member of a wealthy European family.

In this work, Maliavin shows himself as a brilliant colorist. He created a beautiful picturesque mosaic, using big brush strokes and complementary colours. The girl is not a part of the background, she emerges from it. He worked quite a lot on the face and left the background unfinished, this characteristic is close to the aesthetics of modernity. There is moreover a contradiction between her face, her adult gaze and childish dress and pose.

Portraits like this, of this size and scale, rarely appear on the market and we are very excited to have it on sale. 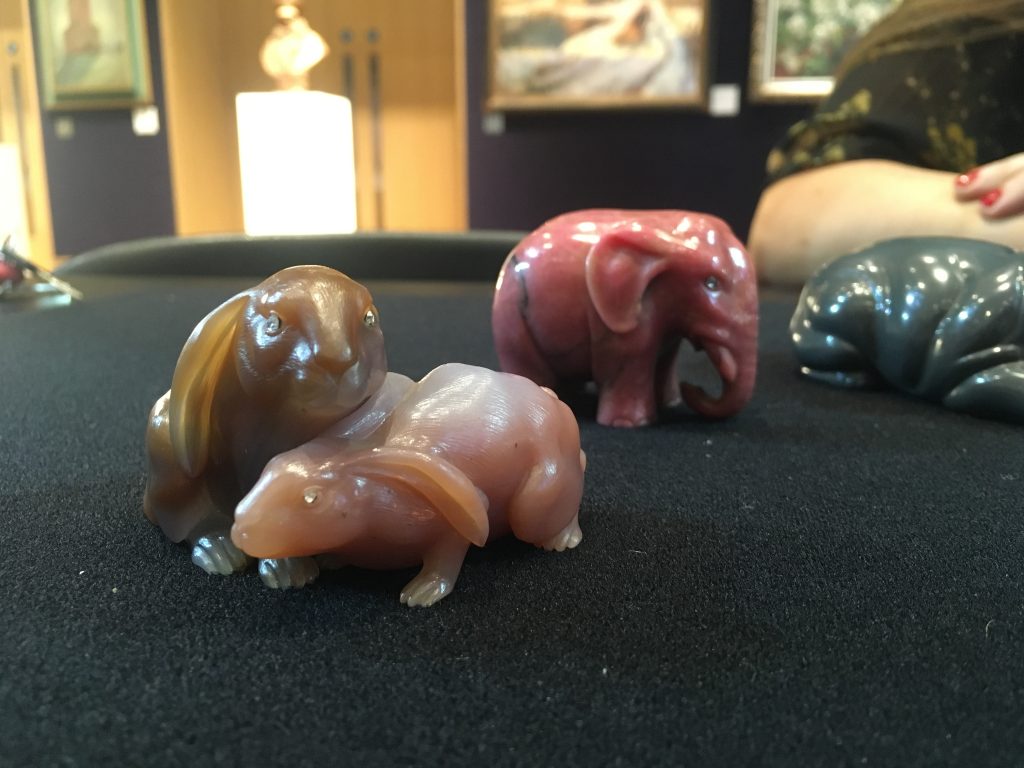 This a delightful animal group from the collection of Lady Caroline Oppenheimer. She lived in South Africa, and was a famous wildlife photographer. This collection is an expression of her love towards animals. She collected these Fabergé animals throughout her life.

Fabergé was a known collector of Japanese netsuke carvings, and the House of Fabergé produced a famous hardstone animal of this kind.

The animals demonstrate Fabergé’s mastership and the rich variety of minerals from Ural.

My favourite is the frog, it is not just an animal, it is also a pill box that you can open. 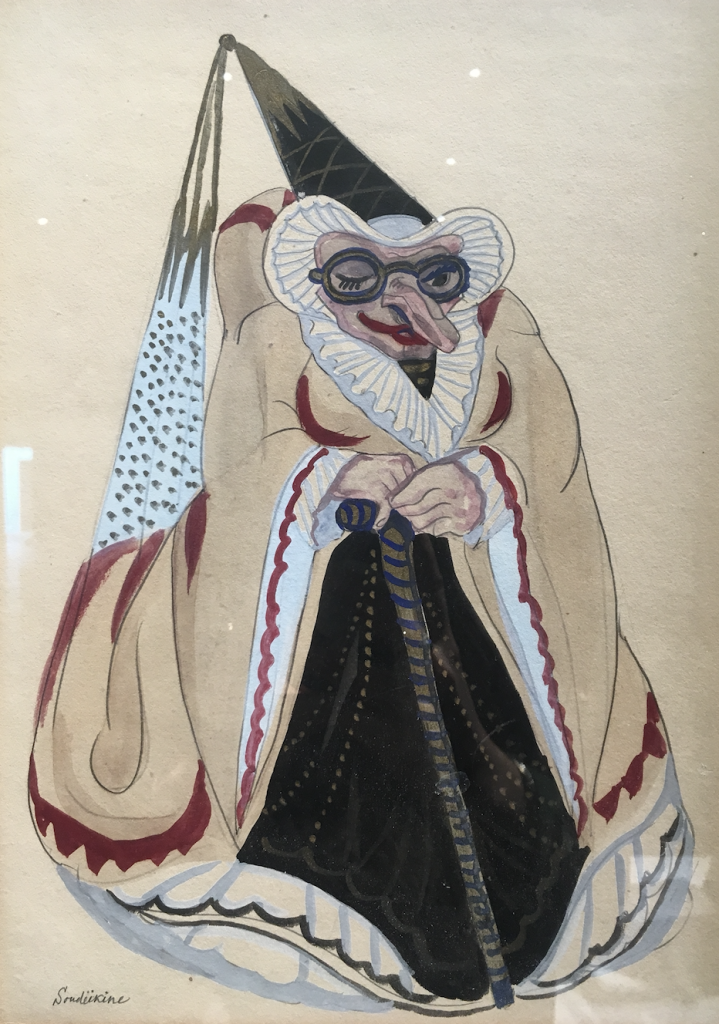