On 10 July, the auction house Millon in Paris will present at auction a selection of 333 lots dedicated to Russian art. Icons, silver, precious works of art signed Fabergé, ancient, modern and contemporary paintings, bronzes and military decorations will be offered for sale in Paris. All works will be on display in a pre-sale exhibition at Salle VV (3 rue Rossini 75009 Paris) on July 9, 2020.

Maxime Charron, Head of the Millon Russian Department said, “We are proud to have been able to bring together more than 300 quality works of all the specialities of Russian Art in a difficult health context. We are focussing on top lots, all of which come from private French collections and have never appeared on the market, including the Feodor Rückert boxes, the Georges Annenkov and the Ivan Britzin cigarette case.”

The icons section includes painted works from the 17th to the beginning of the 20th centuries, many of which are preserved under their oklad in silver-gilt or silver in polychrome cloisonné enamel such as the one depicting the Holy Apostle Andrew. A rare icon cycle entitled “Annual Menaion” will also be presented, which includes a series of 12 icons for the 12 months of the year with the feasts and saints that are celebrated there. This is a very rare and original example of its completeness. 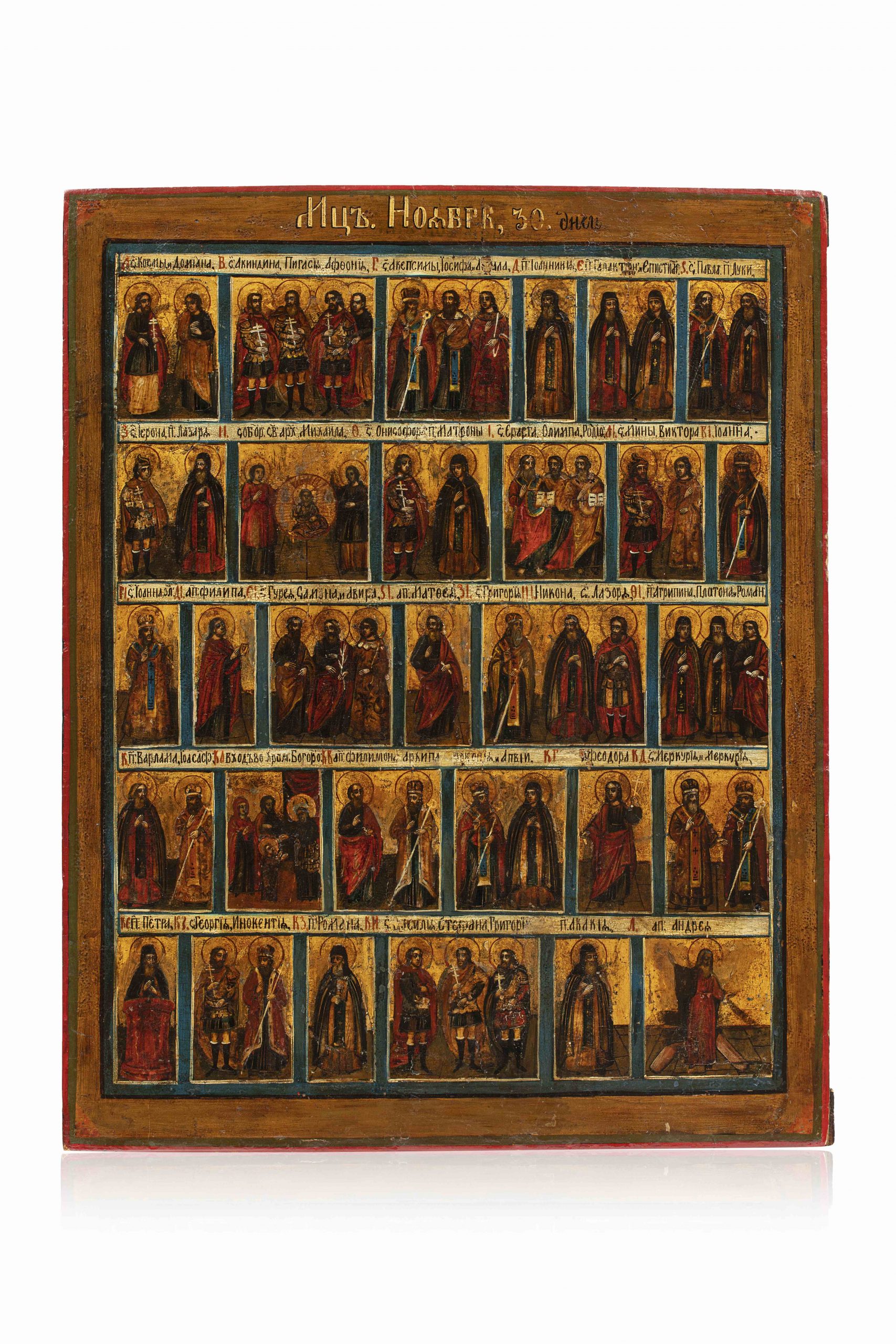 An unknown watercolour by George Annenkov (1889-1974) will be highlighted in the paintings section which is a preparatory work for one of the most important works of the painter: Adam and Eve (1913-1918). This detail of the final work preserved at the New Tretyakov Gallery is a rediscovery that was exhibited during Annenkov’s lifetime in Paris at the Galerie Quatre Chemins. This cubo-futuristic work will be presented alongside other very interesting paintings such as this 18th century painting of the 12 members of the Zubov family, or a study for The Ermon mount from Tabor by Vassili Polenov (1844-1927). 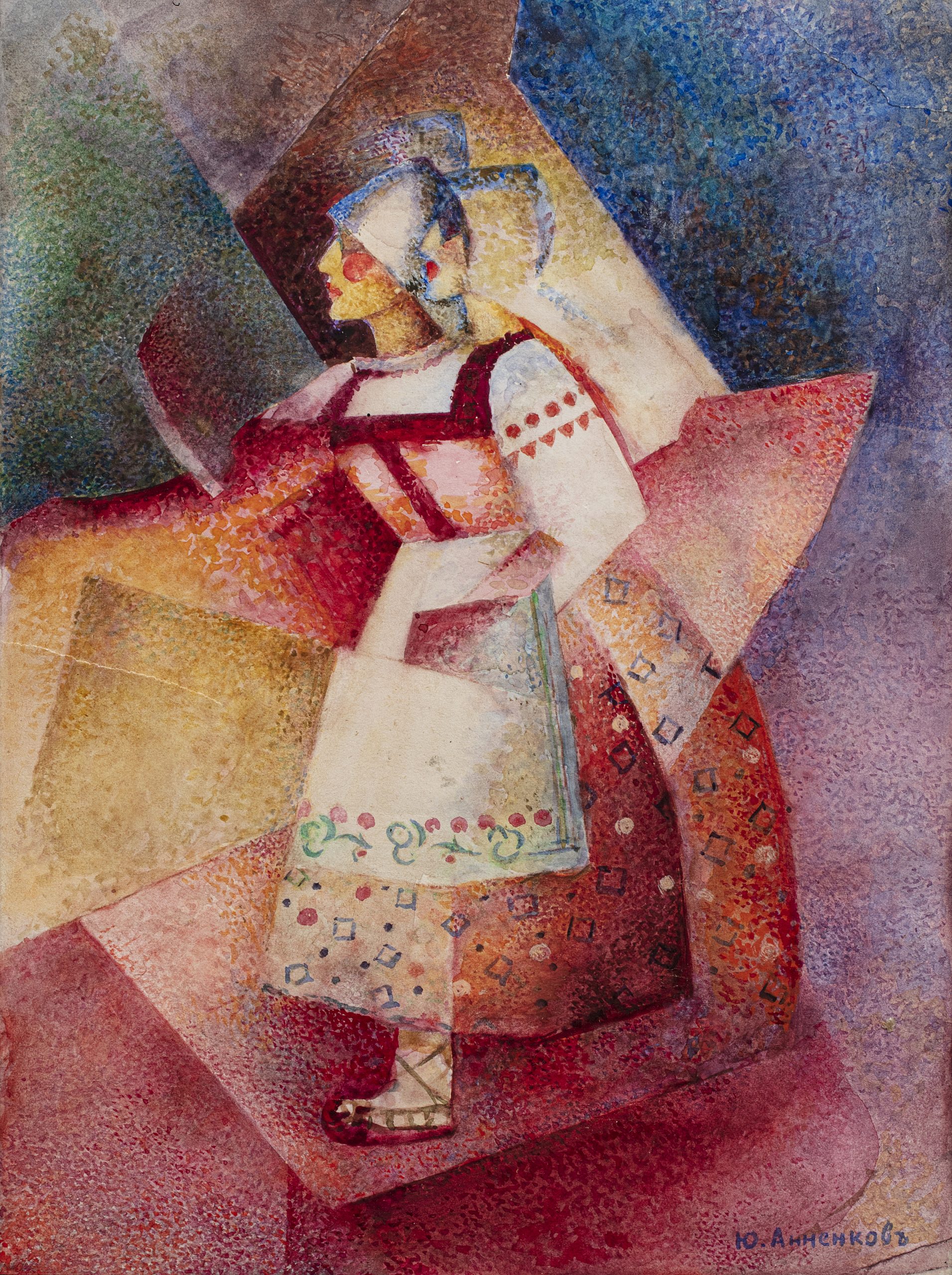 The other major rediscoveries are in the silver and enamels sections. These are two boxes by the maker Feodor Rückert for the Fabergé firm, a pill box and an oval box decorated on their lids with two «en plein» enamelled scenes, one depicting the portrait Parasha by Ivan Kulikov (1875-1941) and the larger one depicting the Cathedral of Christ the Holy Saviour by Victor Zamirailo (1868-1939), which will be seen for the very first time. The enamels will be honoured in particular thanks to the cigarette case by the maker Ivan Britzin (1852-1912) with Louis XVI style patterns, which recalls Maria Feodorovna’s taste for this type of object. 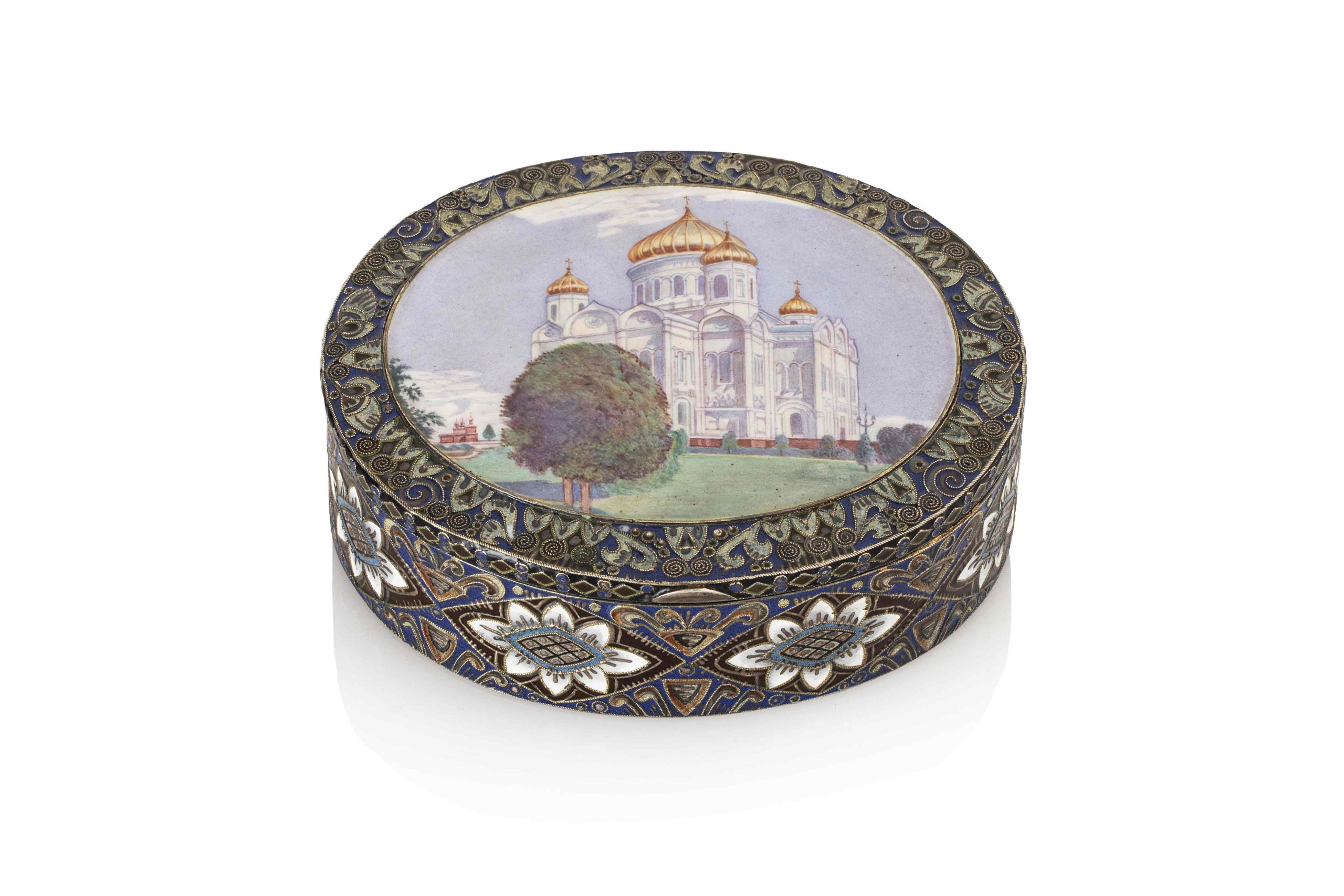 The Russian gold boxes and jewellery will be enhanced, notably with a bracelet offered by Ivan Tourgueniev (1818-1883) to one of his close friends, Louis-Edmond Pomey, on the occasion of his wedding. 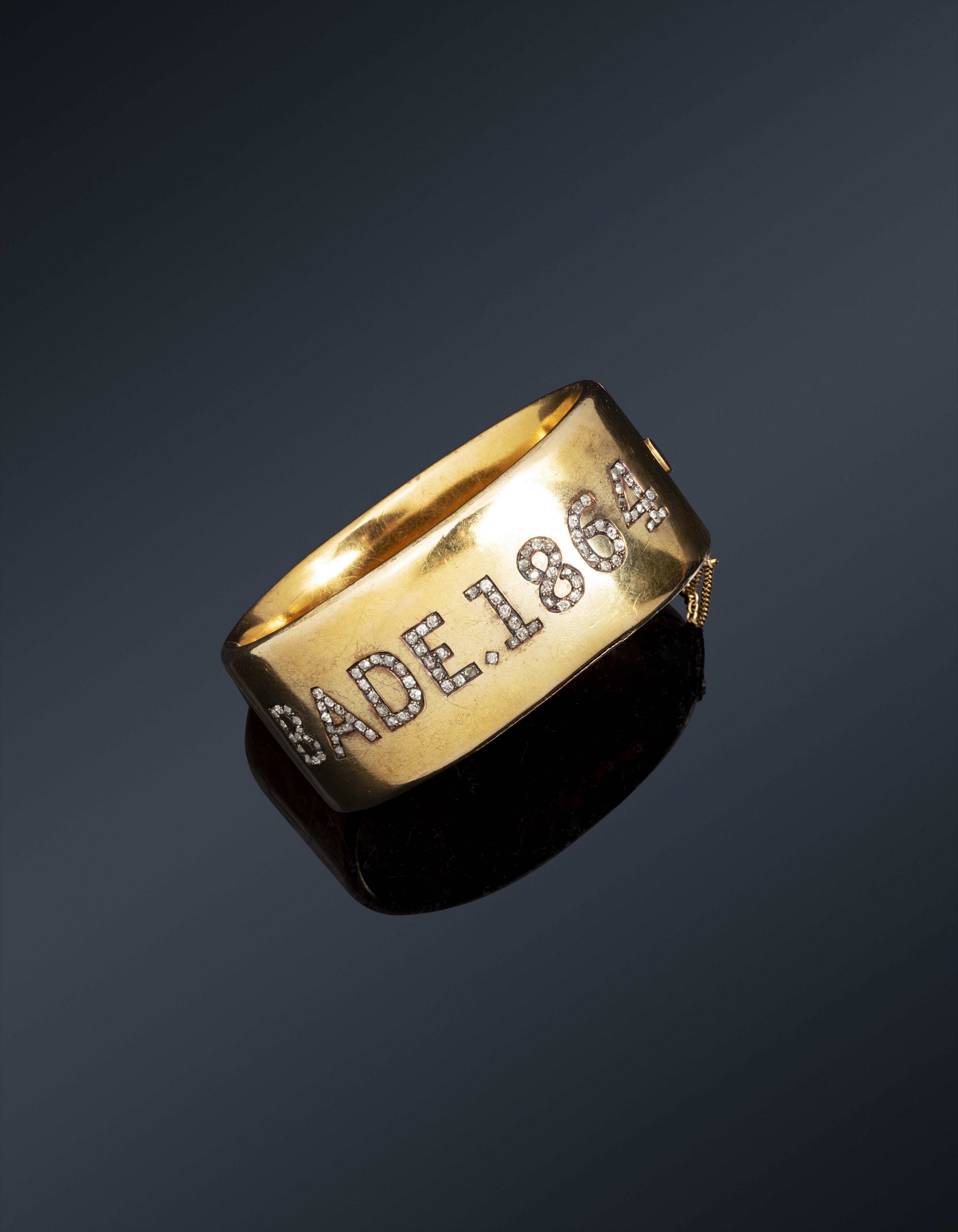 As well as a lovely gold brooch decorated with a sapphire for the house of Bolin. Among the gold boxes, one of them is a gift from Grand Duchess Anna Pavlovna of Russia (1795-1865) to Madame L. Franconi. Another touching object in this section is the gold dog medal of Prince Félix Youssoupoff (1887-1967) which he had made when he lived in Boulogne sur Seine. A large selection of bronzes, historical souvenirs, military decorations, weapons and ancient and modern books will follow to close this important sale of Russian Art.

Full catalogue of the sale in French and Russian is available here.