The Danish auction house, Bruun Rasmussen Auctioneers, recently held their Russian Live Auction as well as their Russian Online Auction, on 2 June and 7 June, respectively. The auction house experienced a great interest from international buyers where many also participated via Live Bidding at the Live Auction.

Once again, Bruun Rasmussen presented several Russian artworks and antiques with special provenances, not least due to Denmark’s historical connections to Russia and the Danish-born Tsaritsa Maria Feodorovna who supported Danish and Scandinavian enterprises in Russia. 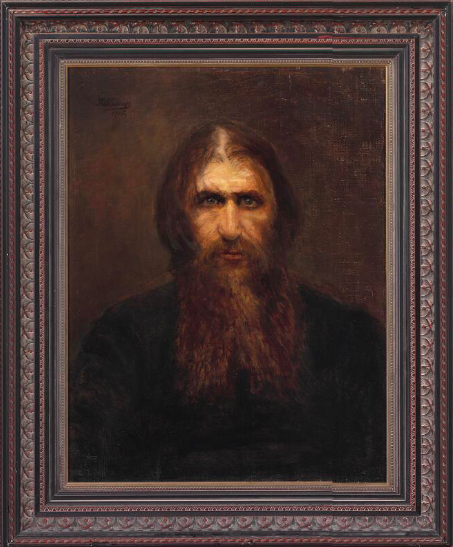 Several objects came from the Imperial era, including some of the highlights: Two contemporary and rare portraits of Russia’s famous Grigori Rasputin (1869-1916) painted by the Danish artist Theodora Krarup (1862-1941). She made a remarkable career as a painter in Russia but has largely been forgotten over time. Both works were consigned to Bruun Rasmussen by descendants of the Finnish Consul General, Otto Auer (1883-1957), who himself bought them directly from the artist in 1927. The two historically distinctive portraits were particularly coveted by Russian clients and were sold at the Live Auction at DKK 80,000 and DKK 500,000, respectively. 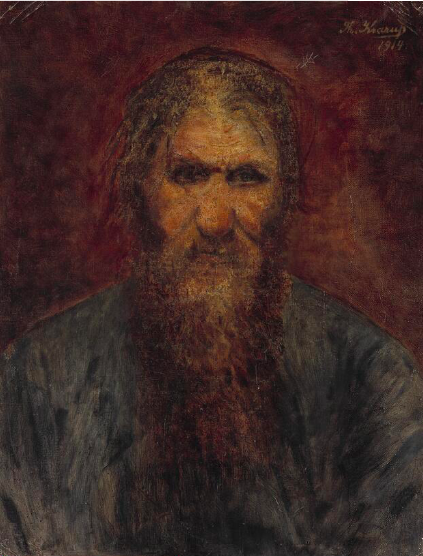 “I appreciate that Theodora Krarup’s relatively unknown story became widespread in the world and that the two portraits of Rasputin were acquired by our serious clientele. Once again, this auction showed that the provenance from Denmark and Scandinavia is interesting to our Russian clients,” says Martin Hans Borg, Russian Chief Specialist at Bruun Rasmussen 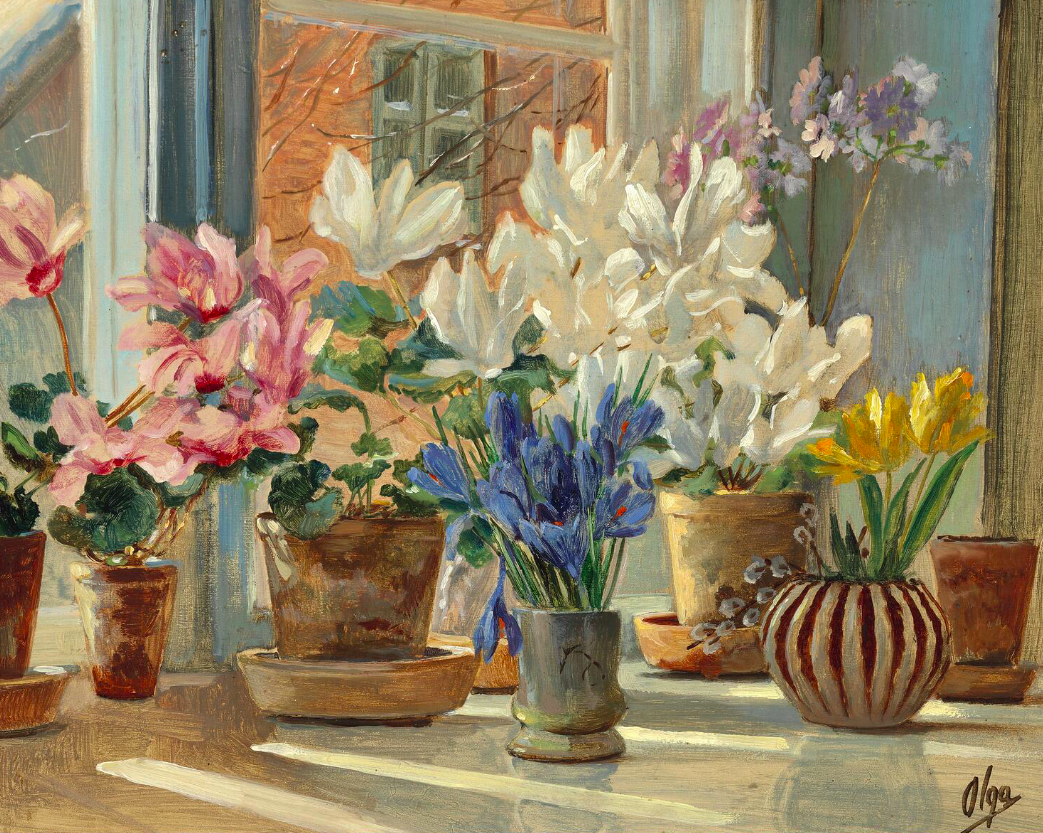 Two other highlights came from the Imperial artist, Grand Duchess Olga Alexandrovna (1882-1960). She and her husband, Colonel Nicholas Kulikovsky, escaped the Russian revolution and civil war arriving in Denmark in 1920, where they lived until 1948. 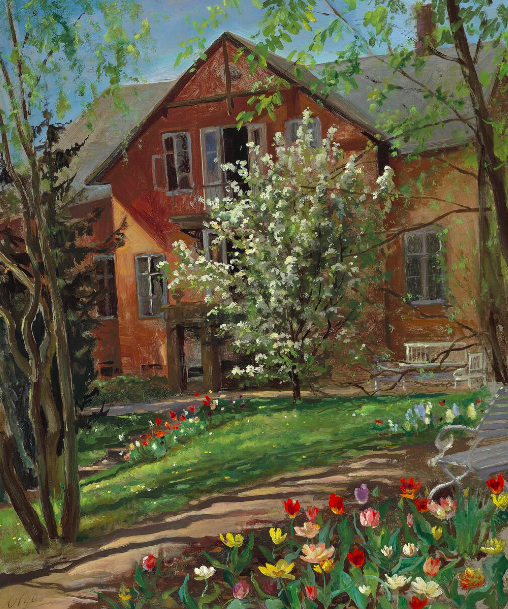 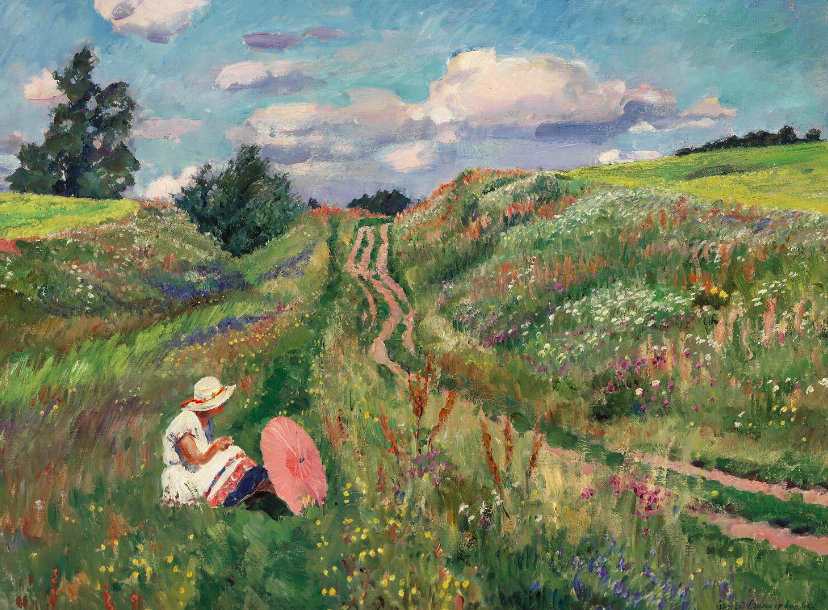 Bruun Rasmussen could also present a painting by the Russian painter Sergei Arsenievich Vinogradov (1869-1938) from a Danish private owner. Vinogradov studied in Moscow and painted, among other places, on Crimea. He later moved to Riga, where he became acquainted with Nicolai Bogdanov-Belsky. His work “A path”, depicting a summer landscape with a woman sitting by a path in the fields with wildflowers, was sold for DKK 350,000 at the Live Auction. 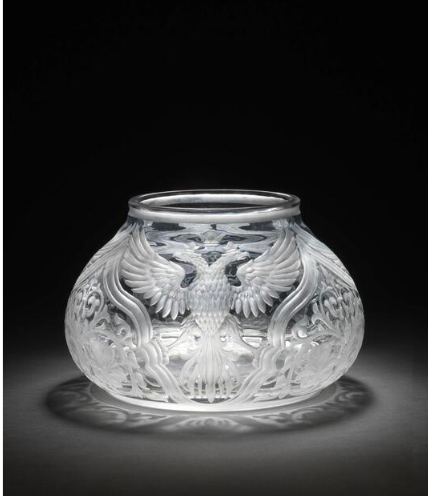 One of the high jumpers at the Live Auction was a unique and rare Russian glass vase from The Imperial Glass Factory in St. Petersburg. The decoration of the vase is historically inspired by Russian Renaissance motifs from the 17th century, which were very popular in Russia in the late 19th century and early 20th century. This includes the floral decoration itself but also the old form of the mitre crowned Russian coat of arms. It is marked with the scratched mitre crowned Cyrillic H II 1909 for Nicholas II of Russia (1894-1917). The glasswork was sold for DKK 130,000, which was 325% higher than the estimated value of DKK 40,000-60,000 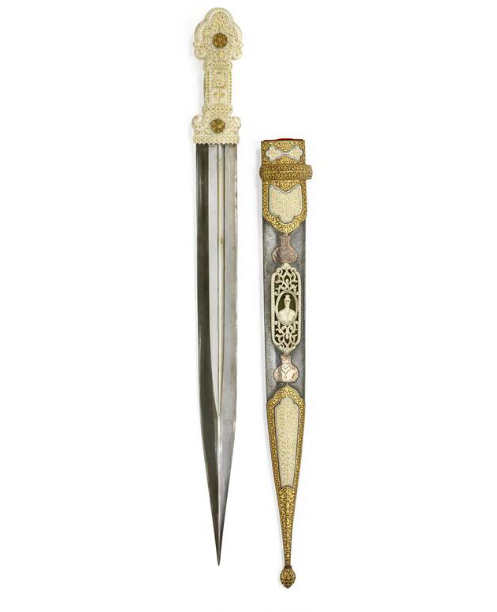 Another highly coveted object was a Russian, Georgian kama dagger with an ivory grip inlaid with gold and carved with a Cossack bust. An interesting story also surrounds this kama as it was previously owned by the Danish businessman and Minister for Finance, H. P. Hjerl Hansen (1870-1946). Hjerl Hansen became director of The Siberian Company in 1904 with the main purpose to export Siberian butter to Denmark. He stayed several times in Russia until 1917. In 1923, the Soviet Union’s Commissar of Foreign Affairs, Maksim Litvinov, wanted to convince Hjerl Hansen to return to The Siberian Company. He visited Copenhagen and brought the present dagger as a gift, which he hoped would bring back Hjerl Hansen. However, Hjerl Hansen rejected the Soviet suggestion but kept the dagger. Thence by descent to Hjerl Hansen’s grandson with residence in Denmark until today. The kama dagger was estimated at DKK 50,000-60,000 but was sold at DKK 100,000, which was 200% more than the estimated value.

The Live Auction also featured a pair of paintings by Russian artist, Ivan Demenievich Ligotsky (d. 1805). Ligotsky was a decorative painter and known for numerous overdoors, many ceiling paintings and a few portraits. His work “A pair of landscapes”, depicting a harbour view and a mountainous view, came from the Norwegian family Mathiesen, Eidsvold Iron Works and Linderud Manor and was sold at DKK 45,000. 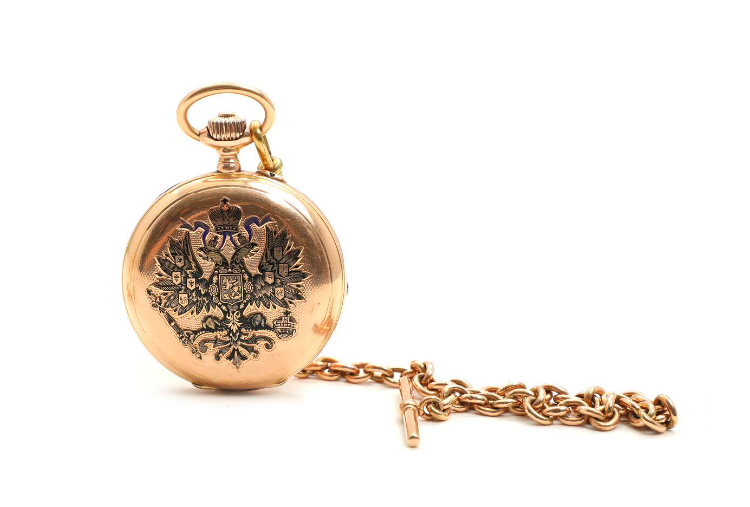 At the Russian Online Auction, there were also plenty of interesting objects from the Imperial era. Among them was a Russian 14k gold hunter pocket watch, which has been owned by Christian Frederik Rolfes who was employed as a driver for the Danish King Christian IX. The watch has probably been a gift from Tsar Nicholas II of Russia during his visit to Copenhagen. It was sold at DKK 20,000 at Bruun Rasmussen’s Online Auction. 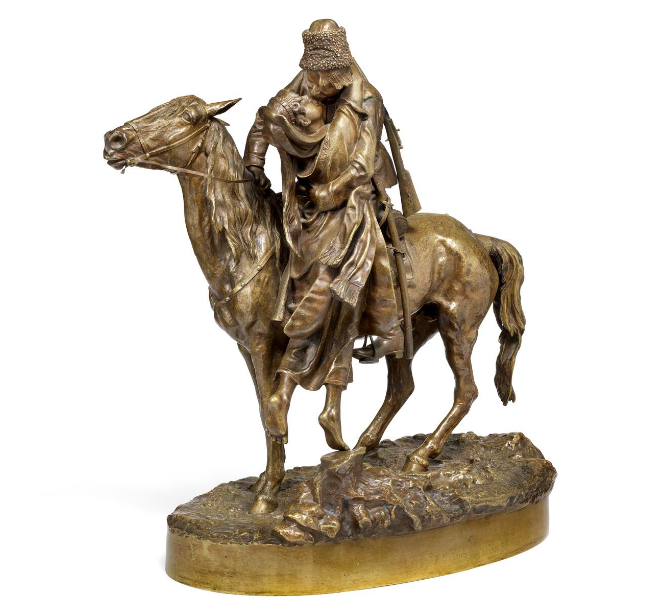 Another highlight at the Online Auction was a Russian patinated bronze sculpture representing a Cossack saying goodbye to his sweetheart. The sculpture, “The Farewell Kiss”, was acquired in St. Petersburg in 1908 by an English captain who sailed between England and Russia for English shipping companies. Thence by descent to his great-grandson with residence in Denmark until today.