Rosebery’s auction house London is delighted to announce the discovery of an early lost gouache on card by the renowned Russian artist, Boris Grigoriev (1886-1939). The artwork was previously purchased in the early 2000s in a group lot at auction. James Butterwick, London art dealer, specialising in Russian art, who acts as art consultant for Russian Art and Culture, was one of the experts who worked with Rosebery’s in attributing and researching this work to confirm its provenance.

When the painting was sent into Roseberys for a valuation, Head of  the Impressionist, Modern, Post War & Contemporary sale Tess O’Brien noticed that the artwork appeared very early and had some interesting inscriptions on the reverse.  After further inspection the painting was revealed to be by the Russian artist Boris Grigoriev (1886-1939) and later discovered to be an early work by the artist titled У палатки (At the Tent). 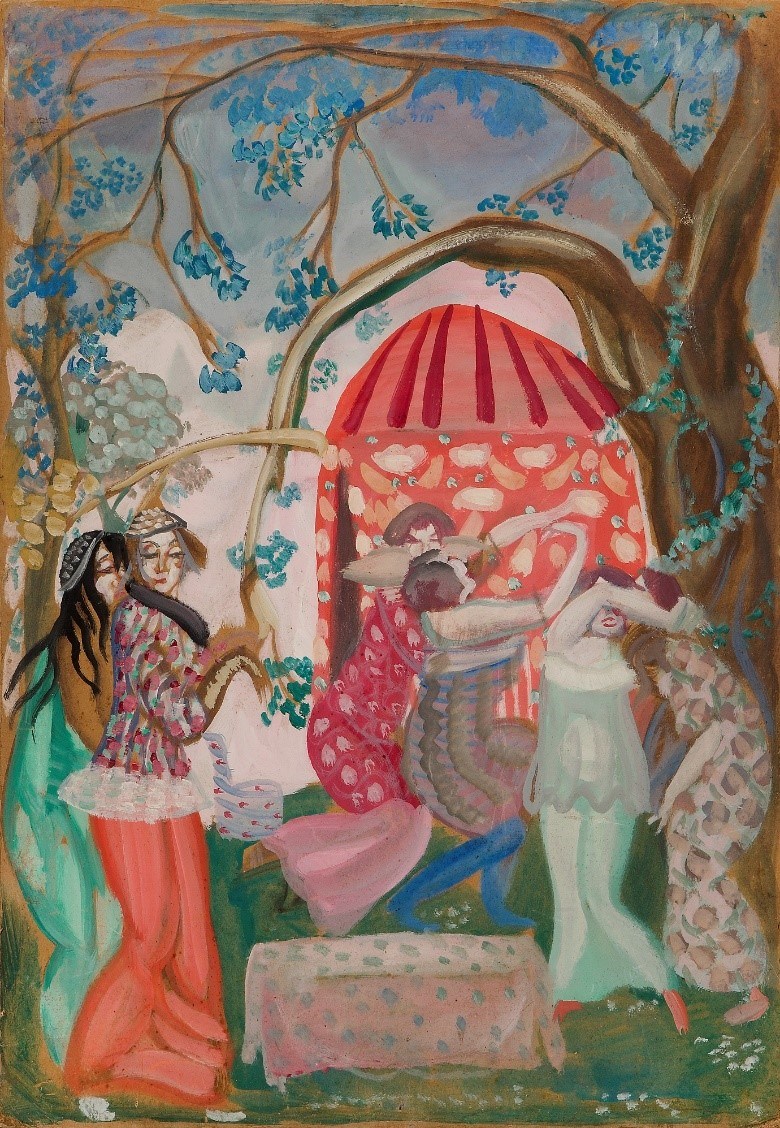 The Moscow born artist was the illegitimate son of a banker and an upper-class mother.  In 1906 he began studying at the Stroganov School of Art and Industry. There he studied under the artist Dmitry Shcherbinovsky.  Grigoriev exhibited at the Union of Impressionists, citing Paul Cézanne, Vincent van Gogh and André Derain as influences.

Grigoriev returned to St. Petersburg in 1913, the year it is believed this gouache was created, and quickly immersed himself into the St. Petersburg bohemian scene, mixing with many artists and writers of the time, including Sergey Sudeykin, Velimir Khlebnikov, Anna Akhmatova, Sergei Diaghilev, Konstantin Somov and Léon Baskt. Throughout his oeuvre he experimented with materials, initially favouring charcoal and graphite on paper, before switching to work in vibrantly coloured oils, gouache and tempera on canvas.  Russian countryside, its people, village life and his travels around the world played a big role in the narrative of his works. 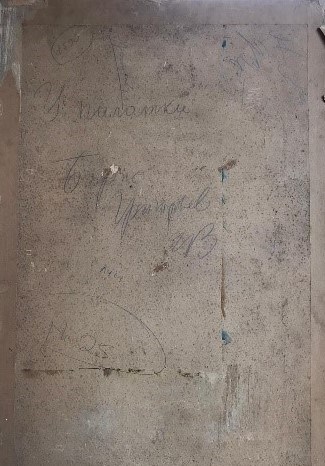 Image above illustrating the inscriptions on the reverse

The essence of Grigoriev’s early work is encapsulated in At the Tent. According to the Grigoriev specialist, Tamara Galeeva, ‘the nature of the treatment of the trees, the lines of women’s bodies, their expressive poses – all this speaks in favour of 1913, when he began to study trees with a special passion’. Another example of Girgoriev’s study of trees can be found in a sketch, ‘Houses and Trees’ in New York’s MET collection, similar to this artwork, Grigoriev depicts whimsical branches. Furthermore, the treatment of the figures in this artwork are very typical of the artist’s early experimental style, which saw this focus on dance from 1912-1914. One of his most famous depictions of dance being At the Ball. This artwork sold for $410,500 USD in the Important Russian Art auction at Sotheby’s – 4 November 2010.

After much research it was discovered that this particular Grigoriev is from the renowned pre-revolutionary St Petersburg collector Alexander Evgenyevich Burtsev, and remained in his collection until the 1917 Revolution. 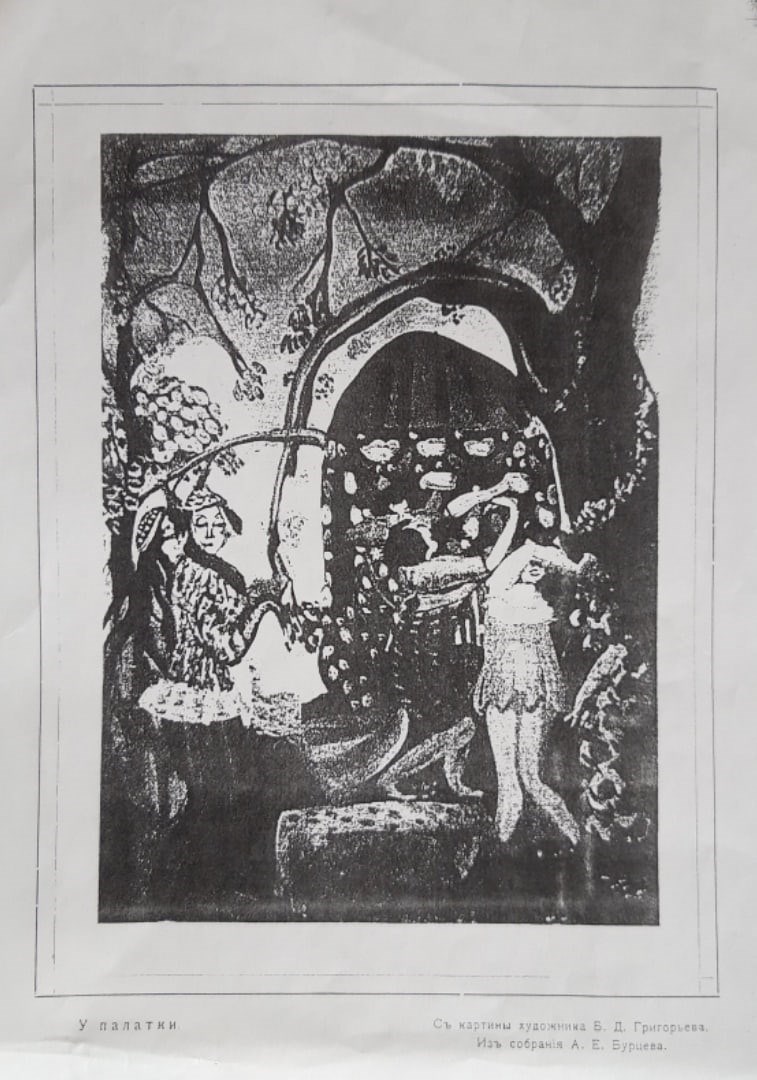 Burtsev was a Russian bibliophile, bibliographer, publisher, art collector, author of ethnographic works and merchant of the first guild. The honorary citizen of St. Petersburg gathered a large library; while reprinting rare books and collected a significant collection of autographs. He arranged exhibitions of his collections and dreamed of founding a museum of new Russian art. Burtsev published journals on his collection My Journal for the Few, and it was in the volume 9, issue 12 that this particular artwork У палатки (At the Tent) was illustrated.  Burtsey also later published a book about the artist, Boris Dmitrievich Grigoriev and his Artistic Work.  The artwork on offer at Roseberys was also featured within this book.  It is thanks to Burstev’s publications that we are able to identify Grigoriev’s early works such as this, from 1910-1913, as many have been lost.

Roseberys would like to thank James Butterwick, Irina Vakar and Tamara Galeeva for their assistance with attributing and researching this work.

This artwork will be up for auction in the upcoming Impressionist, Modern, Post War & Contemporary auction later this year.