May’s Impressionist, Modern, Post War and Contemporary Art sale at Roseberys has a wide selection of works by Russian artists on offer. One example of this is Lot 107 by Julius Sergius von Klever, with an estimate of £20,000-30,000.

Klever first studied under the German artist Konstantin von Kügelgen before enrolling at the Imperial Academy of Fine Arts in St Petersburg, where his teachers included Sokrat Vorobiev and Mikhail Clodt. His first solo exhibition was held in 1874, at the Imperial Society for the Encouragement of the Arts, also in St Petersburg.

Klever became a highly sought-after painter in contemporary Russia, with a number of influential supporters, such as the art patron Pavel Tretyakov. Klever’s work also counted members of the Imperial family among its admirers, including Tsar Alexander II and his son Tsar Alexander III. This piece is a classic example of the style for which Klever is best known, as an atmospheric depiction of a wooded landscape at sunset, executed on a dramatically large-scale.

Lot 101, on offer with an estimate of £15,000-20,000, is a work by the Russian painter Vikentiy Pavlovich Trofimov. Trofimov studied at the Stroganof Art School in Moscow, where he became a close friend of fellow painter Ignaty Nivinsky. This piece is typical of Trofimov’s work, with his confident application of paint in vibrant blues and greens imbuing the expansive view of water (another favourite theme of the artist) with a further sense of vitality and animation. 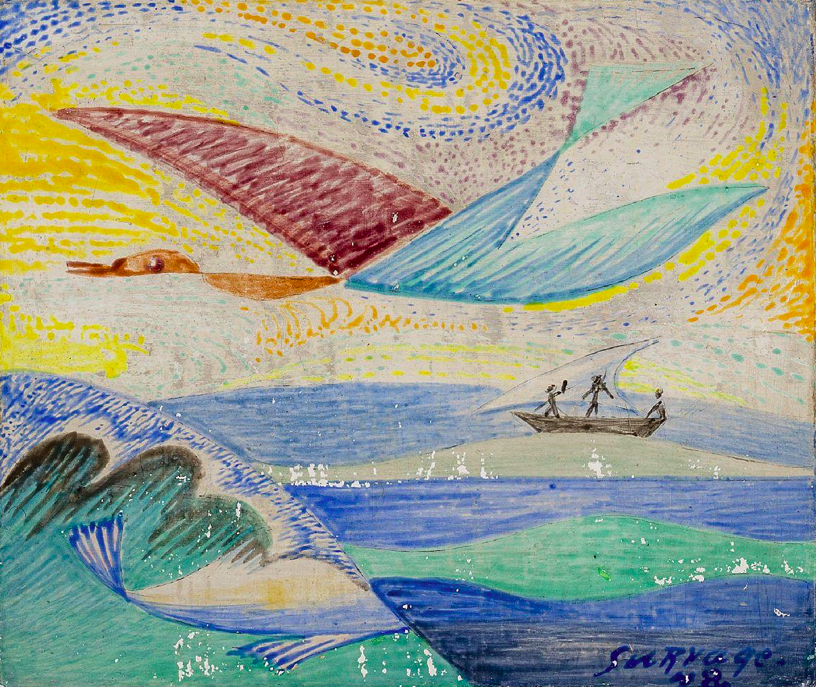 Lot 32, with an estimate of £2,000-3,000, is a piece by Léopold Survage, an artist who became closely associated with the Russian avant-garde movement of the twentieth century, having trained at the Moscow School of Painting, Sculpture and Architecture. In the early 1900s Survage met and exhibited alongside key Russian contemporaries such as Alexander Archipenko, Natalia Gontcharova, and Mikhail Larionov. He also showed his work with the avant-garde Jack of Diamonds group in Moscow in 1910. Survage was also closely connected with the artistic developments taking place in Paris, moving there in 1918 and sharing a studio with Amedeo Modigliani.

This work is a wonderful example of the originality and ingenuity of Survage’s approach to visual representation, and can even be seen to gesture towards his interest in exploring the overlap between painting and music. Survage’s use of bright colours and flowing lines to create fluid forms imbues the scene with a powerfully emotive sense of dreamlike innocence.

His work is currently held in the collections of the Museum of Modern Art in New York, the Georges Pompidou Centre in Paris, and the National Museum of Arts in Moscow, among others. 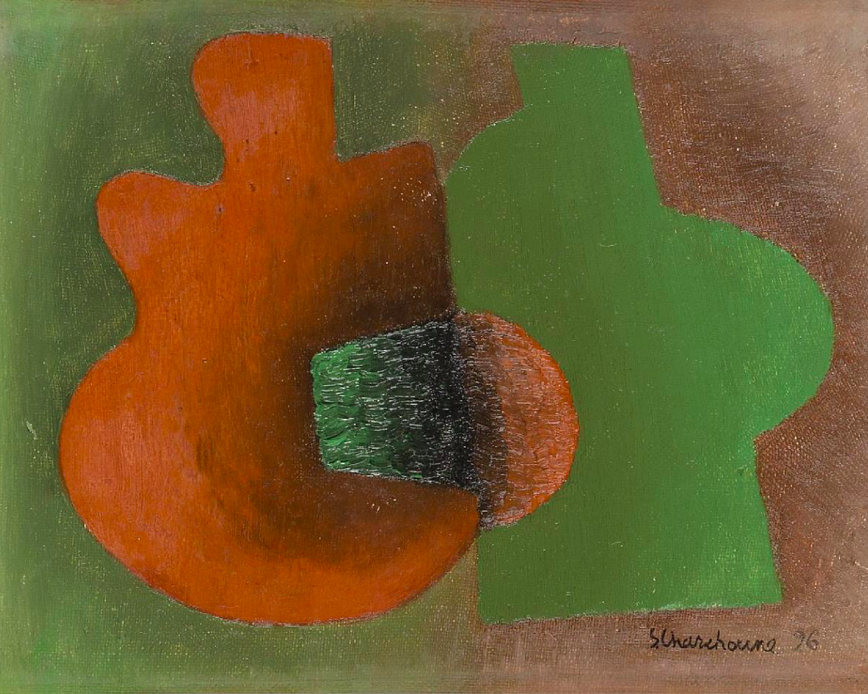 Lot 37, with an estimate of £2,000-3,000, is a work by the Russian artist Serge Charchoune. Charchoune studied at the Moscow Academy of Art before travelling to Paris in the early 1900s, where he studied under Henri Le Fauconnier. It was here that Charchoune was introduced to Cubism, the influence of which can be seen in the geometric abstraction of much of his work, including in this piece. He lived in Barcelona during WWI, where he met the artists Marie Laurencin, Francis Picabia and Albert Gleizes, after which he joined the Dada movement, of which he was a leading figure. Charchoune was, therefore, involved in some of the central artistic developments of early twentieth-century Europe. 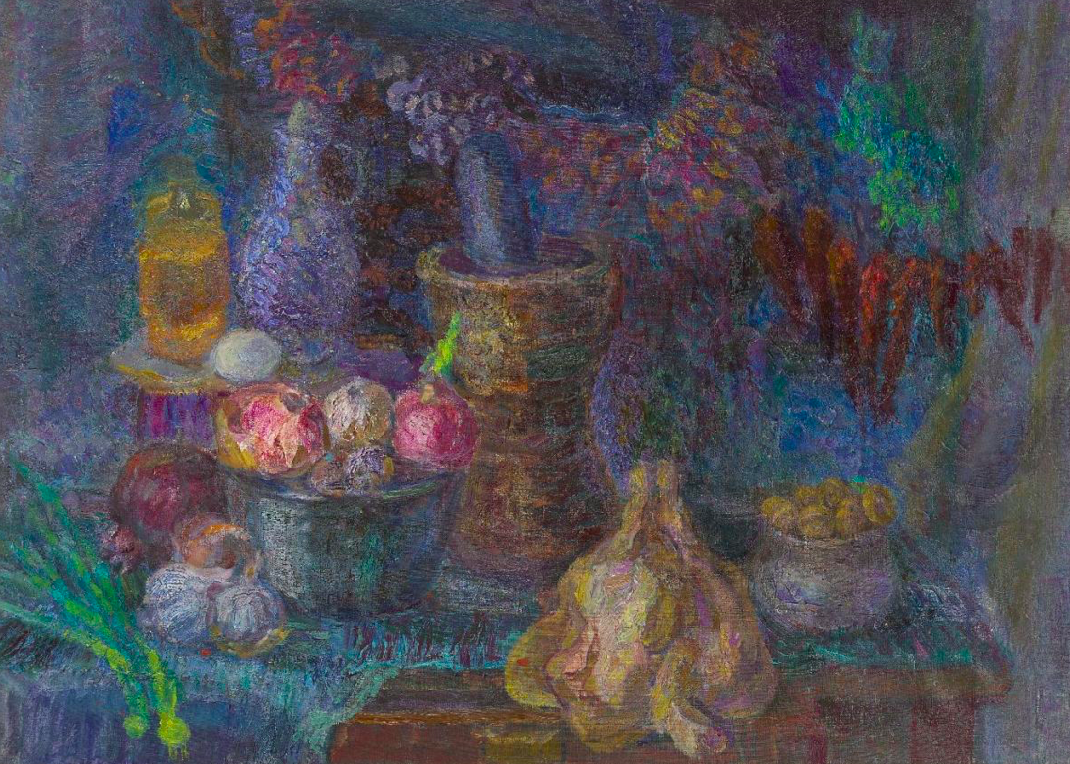 Also on offer in this sale are two works by the Russian artist Noe Nesterovich Gedenidze, Lot 115 and Lot 116, for £1,000-1,500 and £2,000-3,000 respectively. Gedenidze studied at the Tbilisi Academy of Fine Arts, and, much later in his career, at the Surikov Moscow State Art Institute. These pieces are typical examples of the domestic subject matter repeatedly depicted by Gedenidze, and convey the sense of reflection and stillness which can so often be felt in his work.

To complete the Russian works on offer in this sale are works by Marie Vorobieff Marevna, which were originally purchased from the Roseberys studio sale of the artist’s work in 2019.