Russian avant-garde artists have been splitting audiences for over a century now. They tend to inspire devotees and detractors in equal measure, with not much in the way of a middle-ground; proving to be both a blessing and a curse when it comes to exhibition policy. Their studiously simple art has long been the darling of artworld insiders, whilst consistently baffling wider audiences, particularly in Russia, where avant-garde exhibitions often record disappointing ticket sales. Undeterred, curators in Moscow are continuing to offer new, often exciting, approaches to reassessing Russian art of the early-twentieth-century art, as four recent shows in Moscow demonstrate. But how many new ways are there to keep telling this story, and how successfully do they make a case for its continued contemporary relevance? Kamila Kocialkowska reviews four recent Moscow exhibitions on Russian avant garde.

The New Tretyakov gallery are celebrating the re-opening of their permanent collection after months of renovation work by launching two complementary shows, both of which seek to illuminate new contours of their canonical collection. The show ‘Museum of Pictorial Culture: To the 100th Anniversary of the First Museum of Contemporary Art’ celebrates the centenary of opening of the first museum devoted to (and directed by) avant-garde. It is as much about Soviet institutions as it is about art, and lets the visitor delve into the archives, quite literally. Works of art here are closely contextualised alongside documentary materials; ledger books, employment contracts, advertising posters and art reviews are all preserved in glass cases. This approach strikes difficult, but essential balance of catering for both expert and everyday audiences. The focus on Museum of Pictorial Culture still showcases some of the greatest hits of the Tretyakov collection, including Vasily Kandinsky’s painterly symphonies and Kazimir Malevich’s esoteric Suprematism, but alongside this well-established narrative arc, it simultaneously tells a more nuanced tale. Viewing avant-garde through the lens of institutional history offers endless opportunities to uncover unknown details about their life and work. The show presents a welcome contrast to Romantic veneer of artistic genius, by juxtaposing it with practical reality of artists who worked as administrators. We learn that avant-garde legacy was created outside of studios as well, that it depended just as much on dextrous co-working with cultural power brokers, interactions with Soviet art policy, and careerist manoeuvres for self-advancement. 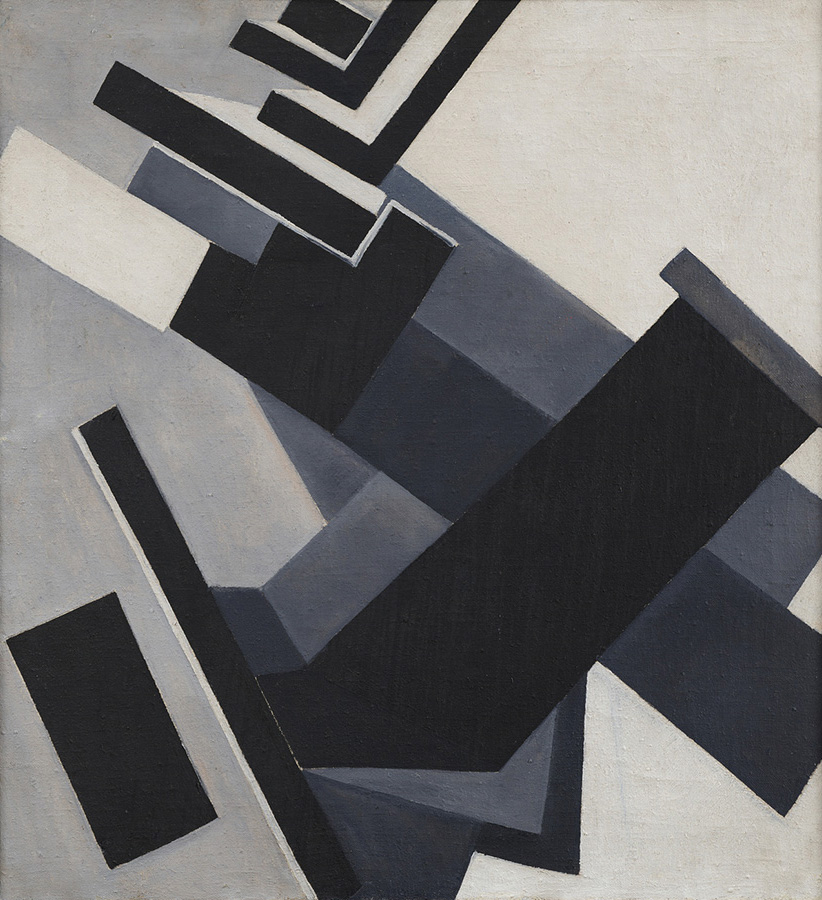 This archival approach, of retelling avant-garde art through institutional history, is also taken by the Jewish Museum and Tolerance Centre. Their exhibition ‘Union of Youth: Russian Avant-Garde 1909 – 1914’ shows parts of their impressive permanent collection from the perspective of an under-studied artists’ association. ‘Union of Youth’ was a group of painters who were active just before the First World War. Approaching from this angle allows curators to capitalise on the magnetic appeal of famous names like Malevich, Olga Rozanova, Pavel Filonov, and Mikhail Larionov, whilst using these big-hitters as a draw to introduce us to less famous painters. Pyotr Konchalovsky’s remarkable expressionist portraits and Ilya Mashkov’s surreal still-lives deserve far more attention than they’ve received so far. This exhibition shows a willingness to deviate from conventional storyline of abstract art towards other aspects of avant-garde, including their reinterpretation of representational painting. Curators also rely heavily on archival documents to substantiate their story, albeit here giving newspaper clippings and artists’ quotes a digital reinvention by projecting them over an elongated wall in an almost-immersive installation. Altogether, the exhibition diversifies our understanding of this complex period, presenting new facets to a familiar story.

A very different approach is taken in another Tretyakov exhibition, ‘Geometrics: 1950-2010’, which takes the story of avant-garde out of its historical context and makes it contemporary. The show explores how modern and contemporary artists have been inspired by the legacy of avant-garde. It can be sometimes hard to see where homage ends and derivation begins, but at best the show includes some startlingly creative responses to Russian art’s heavy heritage. Malevich’s ‘Black Square’ is given a postmodern make-over – smashed, shattered then stitched back together in Aleksandr Yulikov’s sculptural wall-hangings. Contemporary artist Tatyana Badanina, meanwhile, makes an intricate light installation by painstakingly recreating Constructivist clothing designs from hand-cut paper sculptures, which are backlit as if religious relics. Her work echoes the fragility and impracticality of original ideas, a sacral aura which still surrounds them. 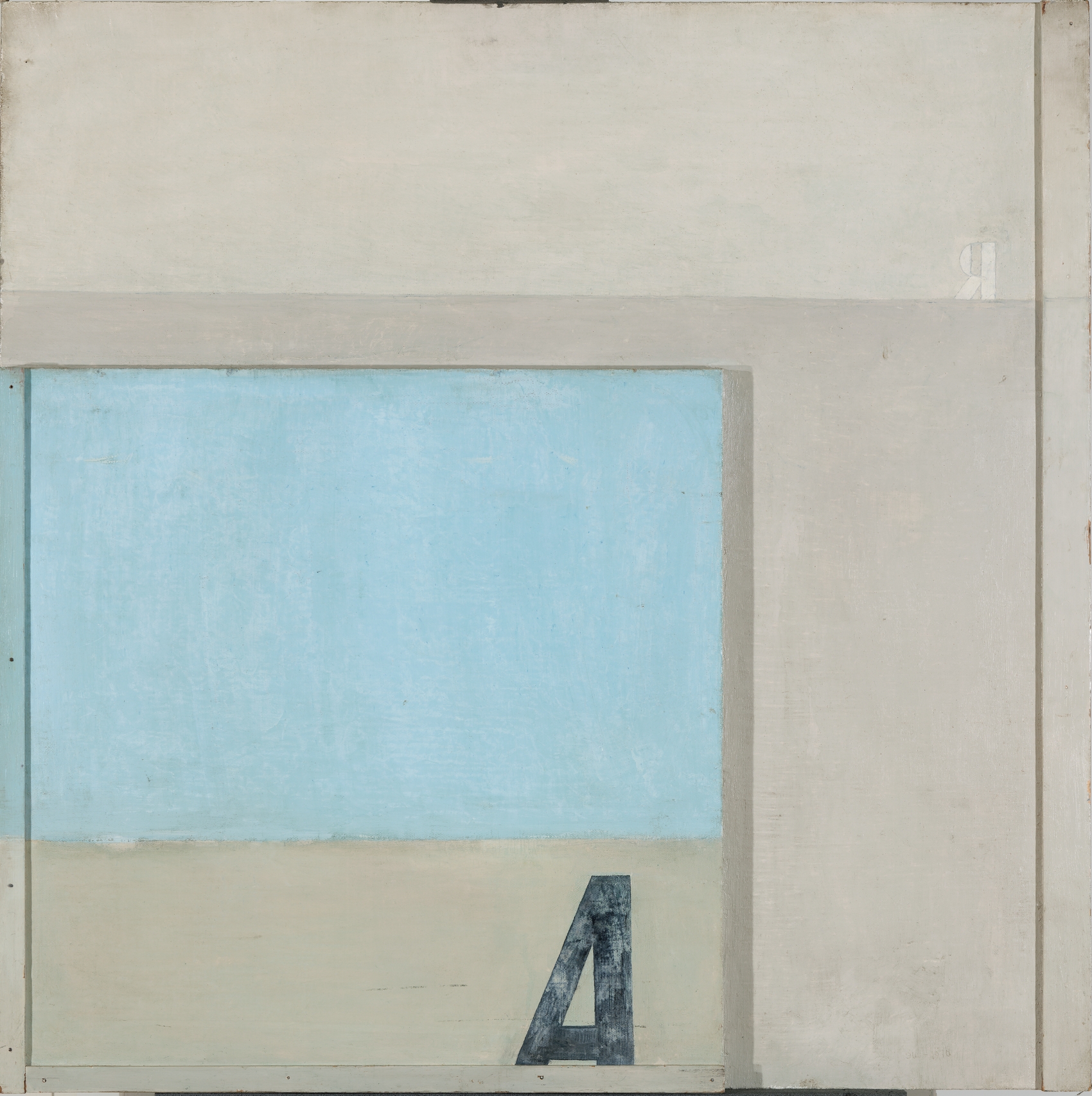 The most unique new approach, however, is presented by the Na Shablovka gallery in their exhibition ‘Malevich and Leonidov’s Crystallography’. The gallery, situated in a 1930s Constructivist housing estate, has developed a reputation of translating academic scholarship accessibly for a general audience. Building on its in-situ archives, a regular rota of guest curators brings research vividly to life. Their latest exhibition explores avant-garde’s involvement with natural sciences, specifically through the lens of the sub-field of crystallography.

The show is built on an improbable starting point of the work of German physicist and Nobel laureate Max von Laue, the first person to create an X-ray photograph of crystal lattice in 1912. Curators have amassed an impressive amount of evidence to show his work was seized upon by artists including Malevich, Mikhail Matiushin, El Lissitzky, Aleksandr Rodchenko, Naum Gabo, and the architects Iakov Chernikhov and Ivan Leonidov. They claim that these creators found a metaphor for art in the boom of scientific discoveries of 1910-1920s. The wealth of publishing on the structure and properties of minerals and microorganisms offered a new visual vocabulary which, it is argued, was seized upon by artists. 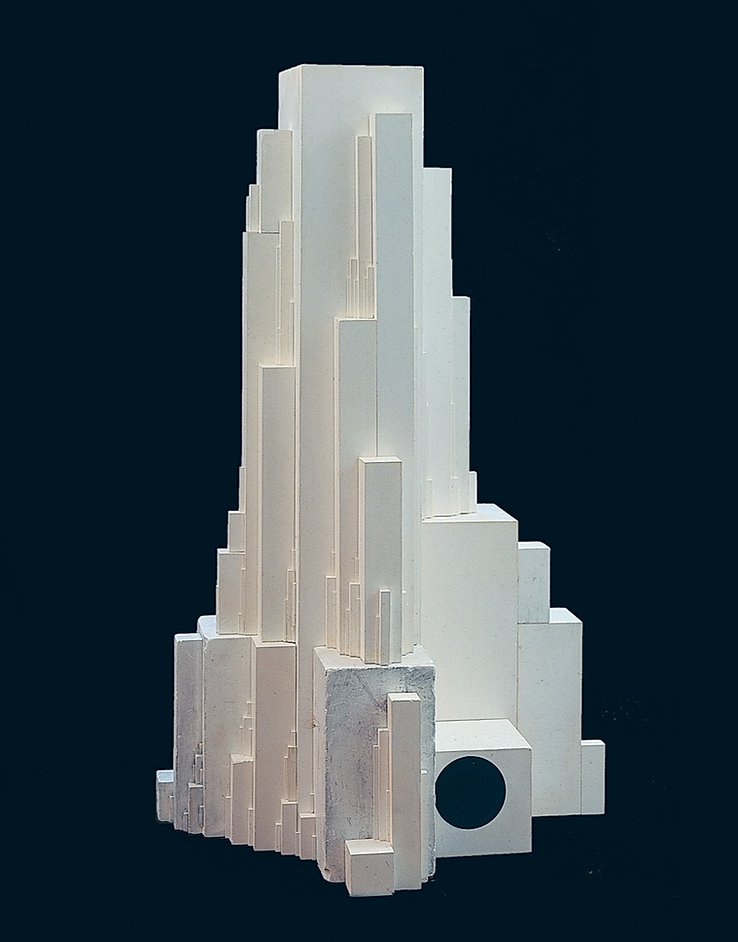 The exhibition is structured as a comparative display, presenting scientific monographs and artefacts alongside avant-garde art. The overall impact of the show is largely attributed to the fact that natural science archives around which it is based are often veritable works of art themselves, such as Wilson Bentley’s snowflake photography and Ernst Haekel’s naturalist lithographs and halftones prints. Alongside these is a stunning array of geological artefacts on loan from various Moscow museums; coloured gemstones and geodes and crystal embedded in rocks offer illuminating lines of aesthetic parallel to avant-garde sculptures alongside which they are shown.

Acanthracts. Lithograph from the book “The Beauty of Forms in Nature” by E. Haeckel

Overt analogies can be found between the austere linearity and fractal geometry found in artworks like Gabo’s diagrammatic drawings and Rodchenko’s hanging plywood structures, and the fractal geometry revealed by crystallography. Distinctive modular forms of Malevich’s architectonic sculptures and Leondov’s architectural designs furthermore have outlines which approximate internal, atomic structures as revealed by natural scientists. Curators are seeking to prove that these parallels are more than happenstance, however, but are indicative of just how actively these artists were engaged with scientific discoveries. They go to great lengths to substantiate their claims through primary sources, showing that artists learnt from popular publications and attended public lectures in the Polytechnic museum and that these insights fed into their interests into the structure of materials, and perceptions of space, colour and form, demonstrating how they were inspired to explore elemental simplicity of this language by reducing it quite literally to elements.

Cumulatively these shows demonstrate a continuing appreciation of the range and scope of avant-garde art and show how much more there is still to be learnt from it. Simple language is shown to have limitless application, coaxed out by imaginative curatorial approaches which, one step at a time, shine a light on this complex and continually confusing movement.

Other Articles By Kamila Kocialkowska 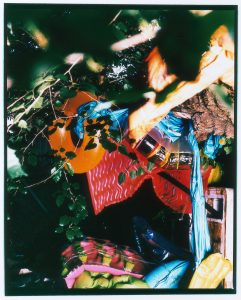